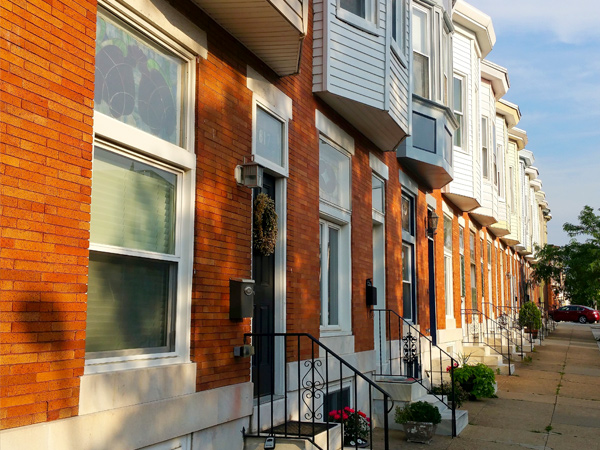 A universal voucher program would provide economic stability by easing recipients’ reliance on programs such as Medicaid, food assistance, and emergency housing assistance, according to researchers at the University of Pennsylvania. Photo credit: istockphoto.com/Darren Welch

HUD’s Housing Choice Voucher (HCV) program is the largest rental subsidy program in the United States. Under the HCV program, HUD allocates funding to local public housing agencies (PHAs), which, in turn, issue vouchers allowing eligible households to rent housing in the private market. In 2019, approximately 2.3 million households received HCVs, which was insufficient to meet the extensive need. That same year, according to HUD’s latest Worst Case Housing Needs report, 7.8 million very low-income households did not receive any housing assistance and experienced a severe rent burden (meaning that they spent at least half of their monthly income in rent), lived in severely inadequate housing, or both. The number of households with worst case housing needs has the potential to increase as the effects of the COVID-19 pandemic continue to be felt. A universal housing voucher program — in which all eligible households can receive a voucher — is one tool to avert worst case housing needs and improve the outcomes of low-income renters. In September 2021, researchers from the University of Pennsylvania’s Housing Initiative at Penn (HIP) published an interactive report titled “Exploring a Universal Housing Voucher.” The authors, Claudia Aidken, Jenna Epstein, and Dr. Vincent Reina, discuss who would benefit from such a program, where such outcomes would be felt geographically, and potential barriers to implementation.

Aidken, Epstein, and Reina analyze the impacts of a universal voucher program with breakdowns based on two separate interpretations of what “universal” might mean: issuing vouchers to all eligible applicants, or issuing vouchers only to the extremely low-income applicants that the HCV program primarily serves. Under current rules, PHAs must issue 75 percent of their vouchers to extremely low-income households, meaning those with annual incomes not exceeding 30 percent of the area median income (AMI). Although very low-income households — those with incomes not exceeding 50 percent of AMI — are eligible for vouchers, they received only 17 percent of those available in 2020.

The researchers note that there were 2.6 million HCVs available in 2020, but if vouchers were issued to all unassisted households with incomes at or below 50 percent of AMI, there would be 17.7 million eligible households. The researchers conceptualize the disparity between actual vouchers and eligible unassisted households as a difference between actual vouchers and potential vouchers that could be obtained by adopting a universal voucher program and call this the “voucher gap.”

The report notes that universal housing vouchers would have numerous benefits. In 2020, the average household with a voucher paid $386 per month in rent while HUD paid $834, for a total average monthly rent of $1,220. A voucher affords the household safe and decent housing while making an additional $834 per month available for purchasing food, medicine, transportation, and other necessities. As the authors point out, the HCV program prevents eviction by preventing nonpayment of rent, relieves housing instability, and averts homelessness. The HIP team also cites research finding that voucher-supported households experience improvements in areas unrelated to housing, such as long-term earnings and children’s educational attainment.

A universal voucher program encompassing households earning up to 30 percent of AMI could lift up to 3.9 million recipient households out of poverty; one including households earning up to 50 percent of AMI would do the same for up to 4.9 million households. This poverty-relieving effect would be especially significant in states with high rates of renter poverty such as California and New Jersey. More than half of affected households would be households of color, and nearly one-third would be those with at least one child. The authors point out that the poverty-relieving effects of a universal voucher program could ease recipients’ reliance on programs such as Medicaid, food assistance, and emergency housing assistance.

The immediate improvement in economic stability among voucher holders is one means by which a universal voucher program might prove economically stimulating. The authors point out, however, that an additional component exists: the landlord, who receives the payment from the PHA and thus a guaranteed source of income. The landlord may use that voucher payment to pay for a mortgage or personal necessities or to invest in additional rental housing.