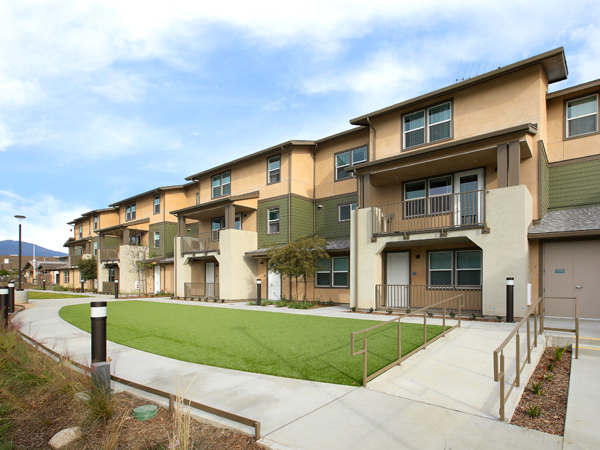 In 2019, approximately 1 out of 500 veterans in the United States were experiencing homelessness. Although the rate of homelessness among veterans has fallen in recent years thanks to increased federal funding and emphasis on the Housing First model, veterans — particularly veterans of color — remain more likely to experience homelessness than nonveterans. In 2019, the Los Angeles Homeless Services Authority counted nearly 4,000 veterans living on the streets of Los Angeles County. Recently, one city in the county, El Monte, has made a concerted effort to house veterans in need.

Although it is far smaller than nearby Los Angeles, El Monte is not a small town. With a population of approximately 115,000, El Monte is roughly the size of principal cities such as Hartford, Connecticut, and West Palm Beach, Florida. El Monte has a significant population experiencing homelessness, even though homelessness there may not be as publicized as it is in the area’s larger cities. In 2011, city leaders decided to help this vulnerable population, working with affordable housing developer Mercy Housing, to build an apartment complex for chronically homeless veterans. The 40-unit building, El Monte Veterans Village, opened in March 2014.

In 2017, city officials wanted to build on the success of Veterans Village by constructing more housing for veterans experiencing homelessness. At the same time, they identified a growing need for housing for low-income veterans and their families. The city was eventually able to buy surplus land at a discount from a public railroad authority to build housing that serves both populations. El Monte once again partnered with Mercy Housing to build Baldwin Rose, a 55-unit apartment complex that was completed in February 2020.

The apartments in Baldwin Rose serve veterans in need. Twenty-two units are reserved specifically for veterans who were previously experiencing homelessness, and the remaining units are targeted to low-income families with a veteran head of household who earn between 30 and 60 percent of the area median income. In addition, 19 of the apartments are accessible for residents with mobility issues, and 4 are adapted for those who have difficulty seeing or hearing. When they initially went on the market, the starting rent for one-bedroom units was less than $500 per month, and two- and three-bedroom units started at $595 and $666 respectively. These prices are all significantly below the city’s average rent of nearly $1,500 for a one-bedroom apartment.

In addition to providing shelter, Baldwin Rose offers residents a sense of community. Various communal areas are onsite, such as an outdoor grilling area, a shared garden, and a children’s playground. A nonprofit organization, New Directions for Veterans, offers health and wellness assistance, financial education classes, and other community activities for residents. 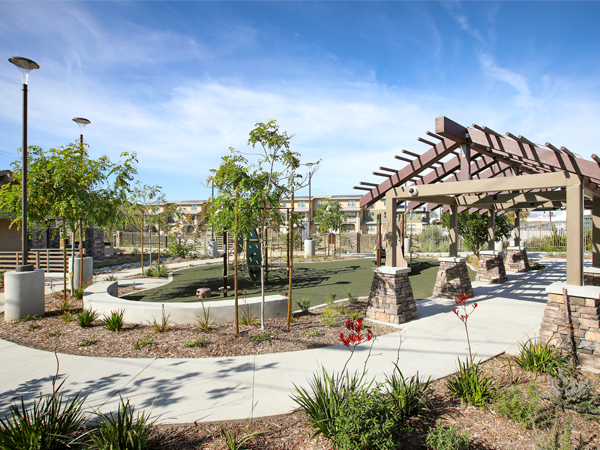 The property has outdoor dining and gathering spaces open to all residents. Photo Credit: Mercy Housing

Baldwin Rose is close to numerous stores and restaurants. This proximity is important because many of the formerly unhoused residents do not own a car. Having these amenities in the neighborhood as well as a large local, regional, and intercity bus terminal nearby makes living in Baldwin Rose convenient and practical for residents without their own means of transportation.

Although the city was able to provide the land for Baldwin Rose, the project required funding from various public and private entities to cover its cost of approximately $33 million. More than $20 million came from low-income housing tax credits from U.S. Bank, which also provided a construction loan. The remaining funds came from the state, county, and other municipal sources. Rent is subsidized by HUD-Veterans Affairs Supportive Housing vouchers. These vouchers, which are administered jointly by HUD and the U.S. Department of Veterans Affairs, are targeted specifically to homeless veterans.

Roughly 90 percent of residents of Mercy’s transitional units remain housed 1 year after moving in, making stakeholders optimistic that Baldwin Rose will offer its residents essential housing stability. According to Ed Holder, Mercy Housing California’s vice president for real estate development, it is important to “stop homelessness before it occurs [because] it becomes really difficult and much more expensive to fix it once somebody is without a home.” By providing housing to low-income families who are at risk of homelessness, Baldwin Rose has the potential to prevent people from becoming homeless in the first place. With this development, the city, Mercy Housing, and other public and private partners were able to address the region’s homelessness crisis while also providing vital services and a sense of community for veterans and their families.