Center for Community Progress Reports on Trends in Creative Placemaking 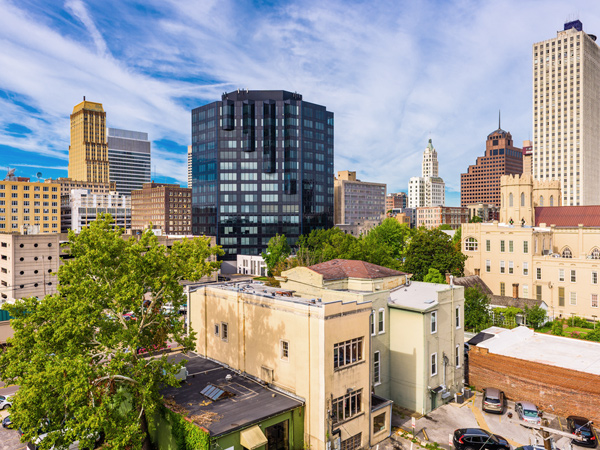 Many communities nationwide have vacant properties resulting from disinvestment, physical deterioration, or weak markets that present numerous social and economic problems. Creative placemaking is one way that communities can address these problem properties and return them to productive use. In November 2019, the Center for Community Progress (CCP) hosted a webinar to share a new research report, Trends in Creative Placemaking on Problem Properties: 2019 National Survey Findings. The survey builds on earlier research examining creative placemaking in four communities — Kalamazoo, Michigan; Macon, Georgia; Newburgh, New York; and Wilkinsburg, Pennsylvania — from which emerged five primary themes: the importance of forming partnerships, generating momentum, engaging residents and other stakeholders, identifying regulatory barriers, and seeking creative sources of funding. The survey’s goal was to assess the extent to which these themes apply to other communities nationwide and to learn more about how communities engage and sustain creative placemaking activities. During the webinar, Liz Kozub of CCP and Rachel Engh of Metris Arts Consulting shared highlights from the survey findings and Linda Steele of ArtUp described an example of creative placemaking in Memphis, Tennessee.

For the purposes of the survey, researchers identified three essential qualities to creative placemaking: it is place-based, strategically integrated among other redevelopment tools (such as housing preservation, economic development, and code enforcement), and community centered. The survey captured 170 responses from 31 states, Puerto Rico, and the District of Columbia. Of these, 90 percent were from urban areas, 33 percent were from organizations that were not focused on the arts, 20 percent were from community-based arts organizations, and 15 percent were from local governments. Engh reported that communities use creative placemaking primarily to move problem properties (typically either vacant lots with no existing structures or lots with vacant commercial or residential structures) into productive use, with the goal of building community and empowering residents. Nearly two-thirds of respondents indicated that creative placemaking projects support a larger vision of neighborhood redevelopment. These projects vary in complexity and cost. Although one project to cover broken windows with artistic boards in one community cost less than $5,000, more than 40 percent of the projects reported in the survey cost more than $100,000. Community-based nonprofits that are not arts based or arts nonprofits typically lead the work of creative placemaking and attempt to engage residents in idea development, implementation, and use of space. Partnering with a local government may be helpful — even crucial — for several steps in implementing creative placemaking. Establishing the ownership of a vacant property, navigating code and zoning regulations, or event or use permitting may be necessary to realize a specific plan. Engh added that local governments could also take a more proactive role in creative placemaking through policy changes to facilitate it or by helping to generate ideas. Another common challenge for communities engaged in creative placemaking, reported by 65 percent of respondents, was acquiring funding.

Providing a concrete example of local creative placemaking in practice, Linda Steele discussed the conversion of a vacant former strip-mall liquor store in Memphis, Tennessee, into the Orange Mound Gallery. This creative placemaking project is part of a broader effort to revitalize the city’s Orange Mound neighborhood, where 51 percent of households have incomes below the federal poverty level and the median annual income is $19,000. Opened in 2016, the gallery now offers a venue for local artists to display and sell their work, employment for the paid staff who manage the gallery, and a meeting space for the community. Several partnerships made this transformation possible. From her position at the Memphis Arts Council, Steele cultivated relationships between and among arts and culture organizations, community residents, and, ultimately, the property’s landlord. Community members came to Steele with the idea of converting the former store into a gallery, and they not only did the work to open the art gallery but also cleaned up a littered area behind the property to create an “art garden” for outdoor displays. Kozub noted that the gallery provides residents with access to a wealth-building opportunity as a site for employment and selling art.

Some of the lessons from the Orange Mound experience that Steele cited echo the themes and trends noted in CCP’s 2018 study and reinforced in the survey findings, particularly the importance of partnerships and thinking creatively about funding. Having a grantmaker as a central partner helped move the project forward. Steele also suggested that offering professional development in conjunction with a project can empower residents to take the initiative to implement it. The Orange Mound Gallery is one of several case studies featured in the survey report’s appendix. The webinar and both CCP reports are helpful resources for communities investigating the use of creative placemaking as a revitalization tool.