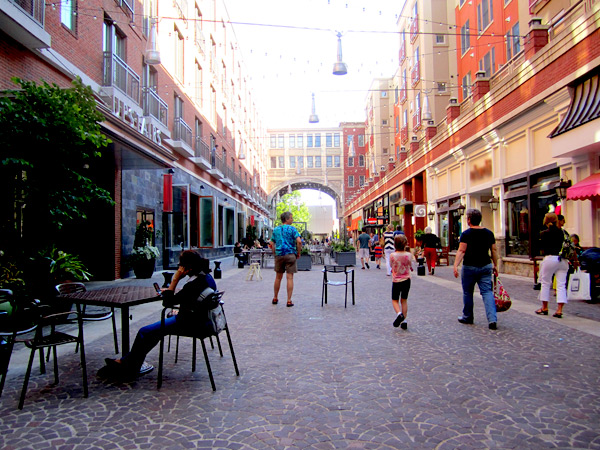 Research on housing and living preferences indicates that Americans favor walkable locations that are close to public amenities. This preference is especially strong among millennials, defined as individuals born between 1981 and 1996, most of whom want to live in mixed-use communities that are typically found in urban centers. Although urban centers may be better poised to offer the amenities and walkability that many Americans desire, suburban areas also have the potential to attract new residents by catering to these preferences through the built environment. In an event hosted by the National Building Museum called Suburban Remix, David Dixon, vice president of planning and urban design leader in Stantec's Urban Places Group, and Jason Beske, a planner, discussed how design methods and principles can help transform suburbs into walkable, mixed-use communities.

Dixon highlighted how the United States has changed over time and how these changes have affected housing and office markets. The supply and type of housing units that are available no longer match what many households want and need. For decades, remarked Dixon, families with children were responsible for most of the nation’s population growth. Now, however, most of this growth is attributable to single individuals and childless couples — a trend that is expected to continue. At present, only 22 percent of U.S. households are married couples with children, but 62 percent of the U.S. housing stock is composed of single-family homes.

The United States is also experiencing changes in its workforce. The knowledge sector of the U.S. economy, which requires employees to have 4-year college degrees, is growing faster than other sectors. According to Dixon, millennials with college degrees and other higher-income households are moving to urban centers, whereas less-educated households are moving to or remaining in suburban areas. These changes have resulted in higher prices for homes and offices in urban areas. Since 2000, housing values per square foot have risen 60 percent higher in cities than in suburban areas, and office rents in downtown areas have risen more than more than twice as high as those in the suburbs. In addition, the number of office buildings and shopping centers in suburban areas has declined.

An Opportunity To Capture Growth

To meet demand, developers will need to create more than 50 million urban housing units between 2011 and 2030, stated Dixon. Suburbs can provide some of these housing units and tap into the growth urban centers are experiencing by creating the types of communities that consumers desire. Dixon and Beske offered several principles that suburbs can use to create thriving communities, including walkability and connectivity. According to Dixon and Beske, walkability should be the top concern of those seeking to transform suburban areas. Community leaders who want to encourage walkability should be concerned not only with the proximity of housing to job opportunities, amenities, and public transit but also with the safety and usability of pedestrian routes. Connectivity is also important; suburbs must offer residents diverse transportation choices, such as public transit and the necessary infrastructure to support bicycle commuting. Beske noted that suburban communities should focus on internal connectivity as well as connectivity to the larger region through streets and other modes of transportation. Beske highlighted Arlington County, Virginia, a suburb of Washington, DC, as a good example of an area that has embraced density and mixed-use development around transit stations. Arlington County’s urban core gradually scales down to lower-density residential in areas not adjacent to public transit.

Dixon and Beske also recommended that suburban communities encourage a diverse mix of uses and embrace their authenticity. To foster mixed-use development and offer flexibility, Beske suggested that communities forgo emphasizing building designs that cater to a specific use, because the uses for a building may change over time. Instead, communities should focus on building materials, as using local building materials can contribute to a sense of place. Suburban communities should also embrace other characteristics that make them unique, including their history and local offerings, rather than attempting to mimic those of nearby central cities. Beske noted that the Village at Shirlington in Arlington, Virginia, has embraced its authenticity by featuring many local restaurants as well as offering unique performance experiences at the local professional theater.

Beske also highlighted the importance of the “multilayered public realm,” which includes public spaces, such as plazas and parks, as well as the programming and events that occur in those spaces. Soliciting and incorporating the input of the community members who will use these spaces is crucial to their success. The events that communities hold in their public spaces contribute to the areas’ authenticity and unique appeal. Beske presented examples of several suburban areas in the Washington, DC metropolitan area that offer walkability, a diverse mix of uses, and public spaces, including Bethesda Row in Maryland and Reston Town Center in Virginia. Bethesda Row has a mix of retail, office, service, and residential space, and it features a pedestrian-only lane where events are held. Reston Town Center has a similar mix of uses and a pedestrian-only street as well as a pavilion and a park for public use.

As demographic trends in the United States shift away from married couples with children to other types of households, and as consumers express a preference for walkable communities, suburban areas have the opportunity to respond to these changes through the built environment. Fostering walkability and connectivity, promoting mixed-use development, providing public spaces, and embracing what makes them unique are some of the ways in which suburbs can capture some of this demand and attract new residents.