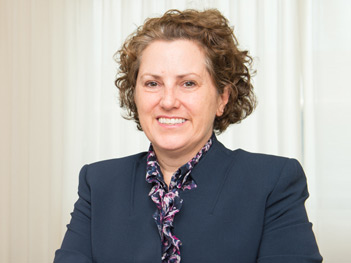 In February, Kuala Lumpur, Malaysia hosted this year’s World Urban Forum. HUD led the U.S. delegation, sending a small group that included Neal Rackleff, Assistant Secretary for Community Planning and Development, Ralph Gaines, Principal Deputy Assistant Secretary for Community Planning and Development, and me. Assistant Secretary Rackleff was designated the head of the delegation, which also included representatives from the U.S. Department of State, the U.S. Agency for International Development, the Millennium Challenge Corporation, and the Overseas Private Investment Corporation. More than 20,000 participants from 165 countries participated, including more than 100 ministers and deputy ministers.

The World Urban Forum is the world’s largest conference on urban issues and is held every two years. The United Nations established the forum in 2001 to examine one of the most pressing issues facing the world today: rapid urbanization and its impact on communities, cities, economies, climate change, and policies. Organized and convened by UN-Habitat, a branch of the United Nations, the forum has become one of the most well-attended gatherings in the international arena for exchanging views on and experiences with urban challenges.

The Ninth Session of the World Urban Forum was the first session that focused on the implementation of the New Urban Agenda, which was adopted at Habitat III in 2016. The New Urban Agenda is an extensive document that provides policy guidance related to the growth and development of cities around the world. Leading up to Habitat III, HUD and colleagues at the State Department participated in negotiating the New Urban Agenda at the United Nations. The document covers a number of aspirational topics, including efforts to house the world’s population with fairness and equity.

The World Urban Forum is more than a series of sessions, briefings, workshops, and site visits. It’s also an opportunity to meet with our counterparts from around the world who are working on similar issues. During the conference, our HUD team met leaders from Germany, Japan, Afghanistan, Canada, Columbia, Ecuador, and Singapore, among other nations. We also engaged with representatives from the European Union and the Organization for Economic Cooperation and Development.

While in Kuala Lumpur, we had the chance to accompany our Malaysian counterparts on a site visit to a social housing complex. Mohammad Mentek, Secretary-General of the Malaysian Ministry of Urban Wellbeing, Housing and Local Government, escorted the HUD delegation on a tour of the ministry’s newest social housing project, located 15 kilometers from the city center of Kuala Lumpur. The People’s Housing Project at Sri Aman sits on about 10 acres of land in Kepong, Kuala Lumpur. The project was completed in January 2016 and has 1,600 family units. All the apartments are 700 square feet with a living/dining room, one master bedroom with a bath, and two additional bedrooms with a shared bath. Although the units are compact, the designers cleverly raised the ceilings above the U.S. standard height to make the space feel somewhat larger.

The project also includes a community hall, outdoor gym, playground, a rainwater collection system, a childcare center, and a Muslim prayer hall. We enjoyed the opportunity to make a quick visit to the project’s childcare center.

Not far from this housing complex is an informal settlement of long houses. A long house is a traditional form of Malaysian housing consisting of a single-story, narrow building that is separated into individual homes. The Malaysian government built these informal settlements as temporary housing, but they became permanent homes. The government continues to build social housing to move families from these long houses to permanent, high-rise apartment buildings. On our tour, we noticed that the new high rise was not fully occupied. We asked why the building was partially vacant considering the local need for affordable housing. The answer was that each unit in the long houses is authorized to occupy one apartment in the high rise, and many of the long house units shelter multiple families. As a result, only one family gets the high-rise unit, and the others are forced to move elsewhere. When we asked why each family in the long house units was not given a high-rise apartment, the ministry officials told us that current regulations did not allow them to do so. Because the families know that accepting the new apartments will displace other family members, they choose to not move. Ministry officials noted that they are trying to solve this problem.

The World Urban Forum was a great platform for the U.S. delegation to offer its own best practices and share strategies to improve our urban environments. Assistant Secretary Rackleff participated in several panels, including one on local government participation. He provided a great example of how Houston residents participated in a new housing design process following a devastating hurricane. He also talked about HUD’s current policies and goals.

The United States’ presence at the World Urban Forum demonstrates our commitment not only to diplomatic relations with other countries but also to good governance and comprehensive approaches to housing and urban development issues. The opportunity to share with others and bring lessons learned back to HUD continues to be vitally important.

Our team in the Office for International and Philanthropic Innovation will continue to bring in best practices from around the world. We continue to work closely with the UN-Habitat organization, our counterparts in other U.S. agencies, and our ministry counterparts worldwide.