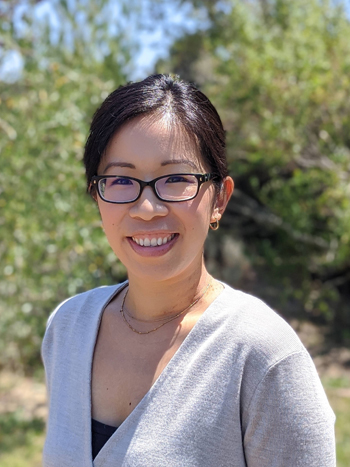 Elaine Ng, field director for the Economic and Market Analysis Division in PD&R.

Hello! For those who don’t know me, I am the new field director for the Economic and Market Analysis Division (EMAD) in Region 9, in the Office of Policy Development and Research (PD&R). The field economists in EMAD are the local housing market experts who produce publicly available housing market reports, including the Comprehensive Housing Market Analyses, Regional Narratives, and Housing Market Profiles for the U.S. Housing Market Conditions website. My team produces these reports for HUD’s Pacific region, which covers Arizona, California, Hawaii, and Nevada. Field economists also support other HUD departments outside of PD&R; most notably, we review market conditions relating to Federal Housing Administration multifamily mortgage insurance applications for HUD’s Office of Housing.

Before arriving at PD&R, I worked for several years at a private economic consulting firm in the Bay Area that specialized in providing expert economic testimony for antitrust litigation and mergers and acquisitions. I joined PD&R as a field economist based in HUD’s San Francisco regional office in September 2010, and I became the field director in September 2021. I feel fortunate to be working alongside 35 intelligent and capable field economists from across the nation who keep PD&R closely connected to local communities.

Part of that connection to our local communities derives from our research on economic, demographic, and housing market trends that affect the demand for housing in local markets. During my tenure at HUD, two shocks have significantly affected the nation’s housing markets: first, the Great Recession and the resulting foreclosure crisis, and second, the COVID-19 pandemic. Both events caused notable shifts in housing market dynamics. In the case of COVID-19, the widespread adoption of remote work opportunities to curtail the spread of the virus altered location preferences and views on homeownership versus renting. In the early stages of the pandemic, home sales declined in most of the nation’s large metropolitan areas as potential homebuyers and sellers sheltered in place, adhering to social distancing guidelines. During the 12 months ending in August 2020, the number of home sales decreased in all but 6 of the largest 25 metropolitan areas. Five metropolitan areas experienced double-digit declines, including New York-Newark-Jersey City, Detroit-Warren-Dearborn, and San Francisco-Oakland-Hayward (Zonda). 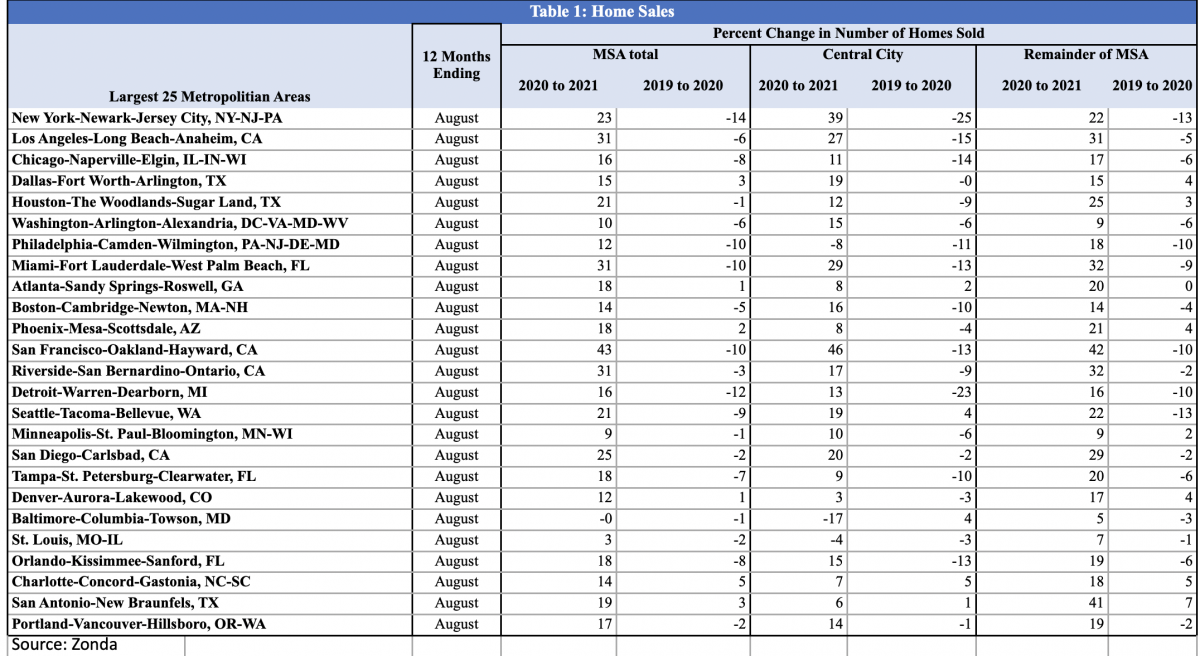 Limited new construction activity because of labor and materials shortages contributed to declining levels of for-sale inventory and significant home sales price growth during the most recent 12 months compared with slower price gains during the 12 months ending in August 2020. Average sales price increases ranged from slightly more than 9 percent in the San Antonio-New Braunfels metropolitan area to more than 20 percent in the Seattle-Tacoma-Bellevue, Phoenix-Mesa-Scottsdale, and Miami-Fort Lauderdale-West Palm Beach metropolitan areas. 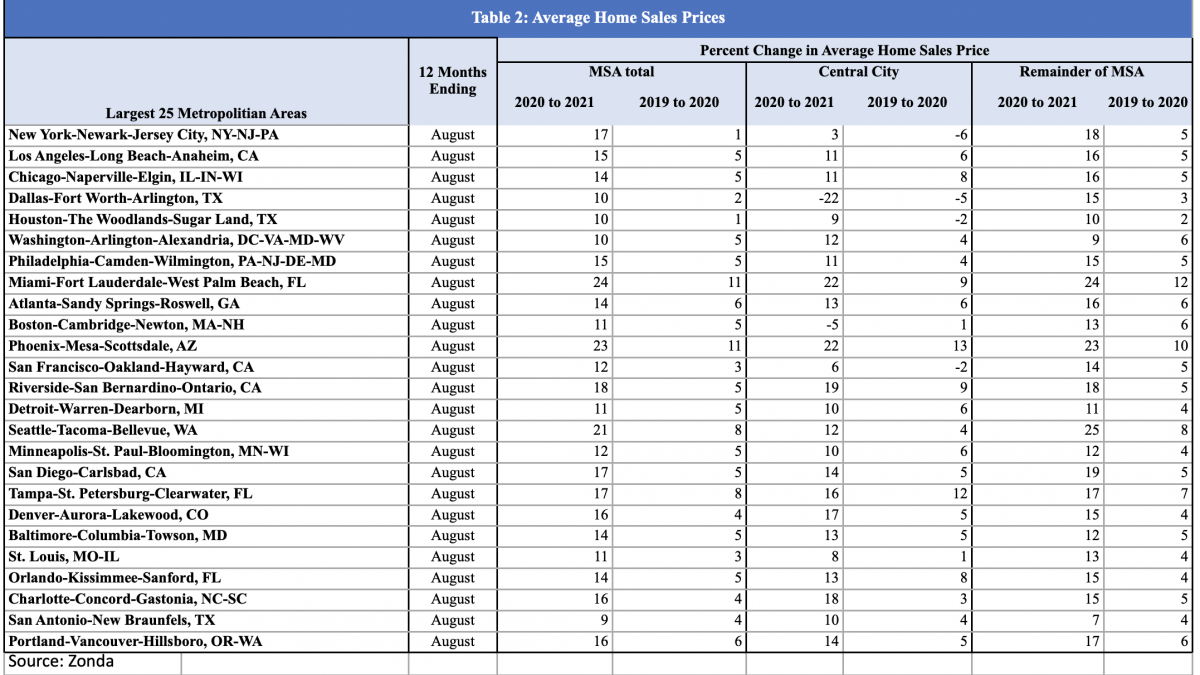 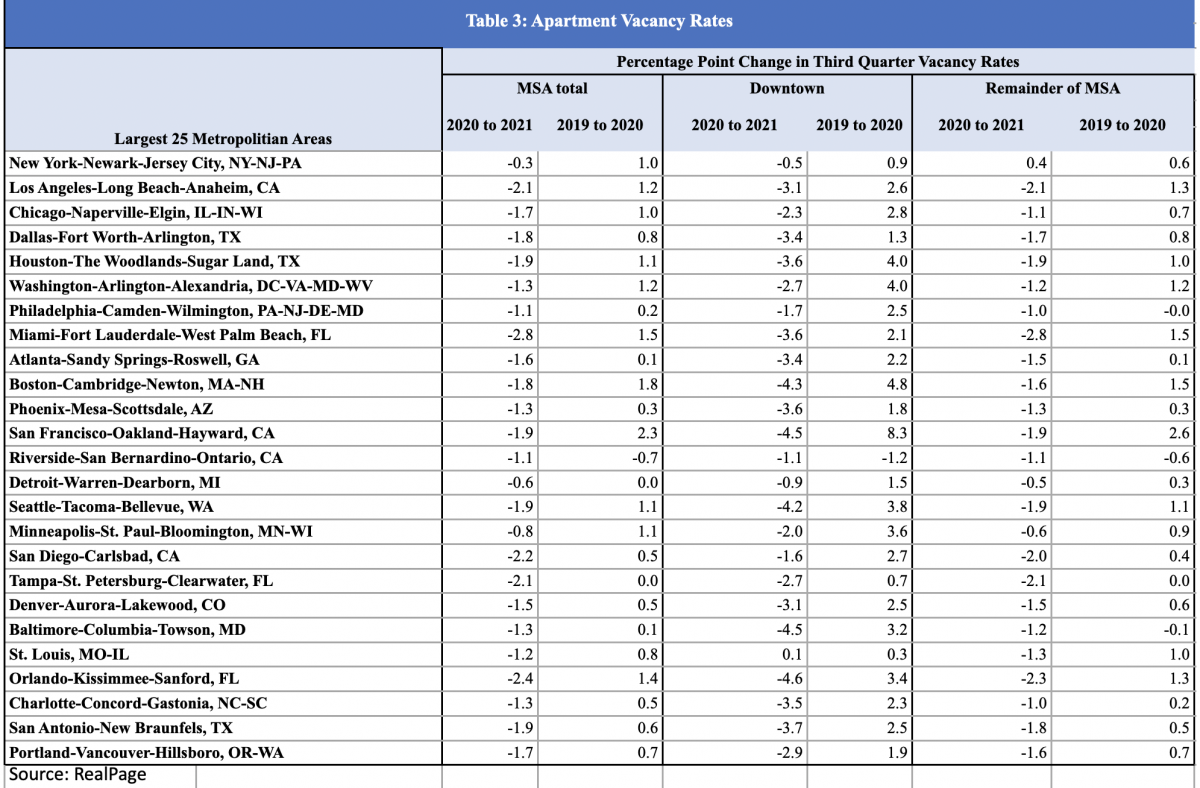 Although rents remain higher in and around central cities, which generally have more urban amenities that attract renters, sharply rising rents in suburban submarkets may partly explain the past year’s rapid declines in apartment vacancy rates in downtown apartment markets. Average rents increased in most of the nation’s largest 25 metropolitan areas during the third quarter of 2021, although in 18 of these areas, rents rose at a faster rate in the suburban submarkets than in the central cities. 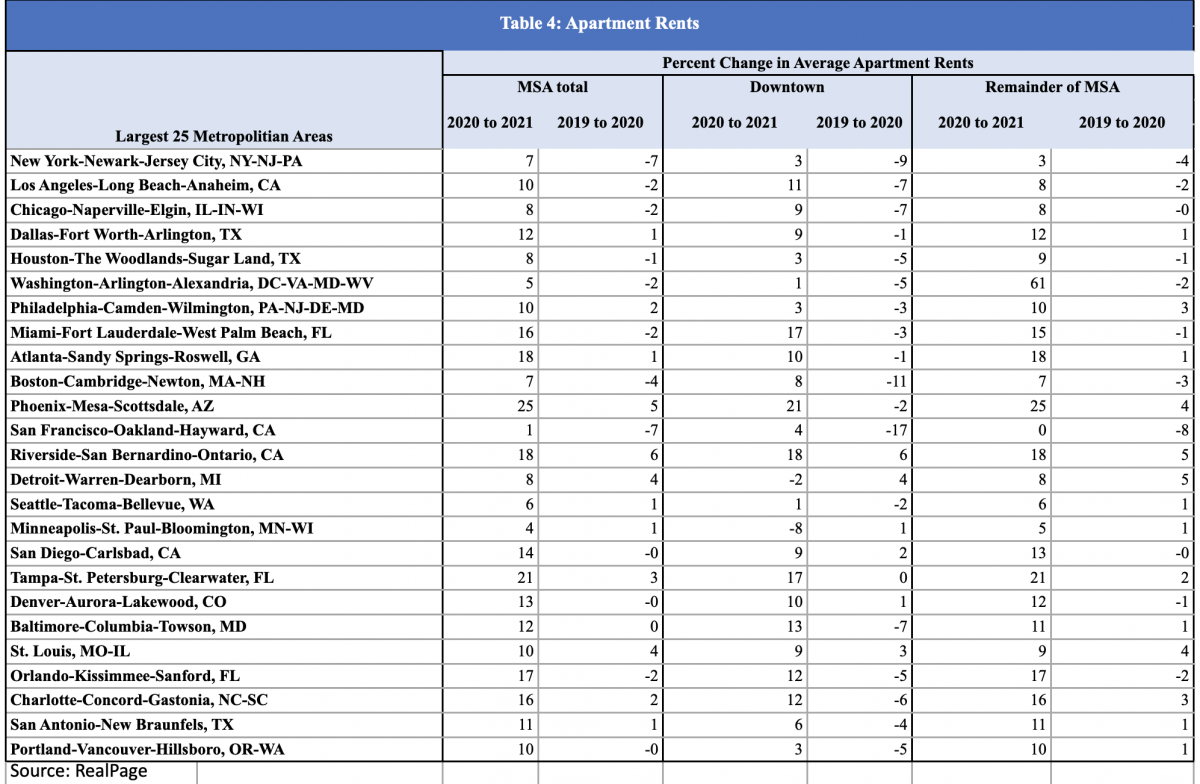 If you are interested in housing market conditions in your local area, check out our quarterly Regional Narratives, Housing Market Profiles or Comprehensive Housing Market Analyses reports.