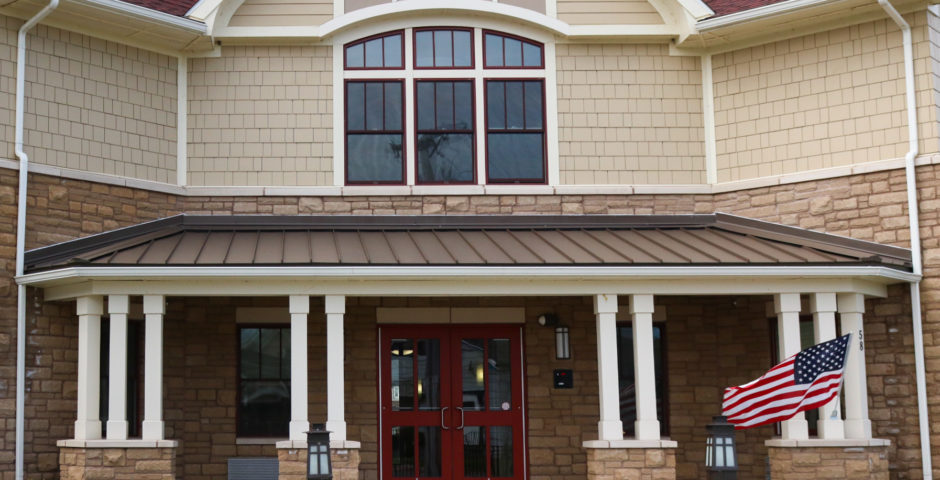 A coalition of service organizations and local governments is close to ending chronic homelessness in the city of Buffalo and Erie County, New York. The Homeless Alliance of Western New York (Homeless Alliance), the lead agency for the area’s Continuum of Care (CoC), has successfully used the Housing First approach to address homelessness; currently, only about five chronically homeless individuals in the county remain unhoused. Hope Gardens, which opened in 2014 to offer 20 permanent supportive housing units for chronically homeless individuals, is one of the developments helping to end chronic homelessness. Developed by the Lt. Col. Matt Urban Human Services Center of W.N.Y. (Matt Urban Center), a housing and service provider and partner of the Homeless Alliance, Hope Gardens uses the Housing First approach and caters to the needs of chronically homeless women.

The Homeless Alliance leads a CoC that includes five counties in western New York: Erie, Niagara, Genesee, Wyoming, and Orleans. Homeless Management Information System data indicate that within the 5-county area, 8,272 people are experiencing homelessness, with 143 people facing chronic homelessness. A chronically homeless individual is an “individual with a disability who lives either in a place not meant for human habitation, a safe haven, or in an emergency shelter” and has “been living as described above continuously for at least 12 months, or on at least four separate occasions in the last 3 years, where the combined occasions total a length of time of at least 12 months.” Of the chronically homeless individuals in the CoC, 16.4 percent are female, according to the most recent annual report released by the Homeless Alliance. 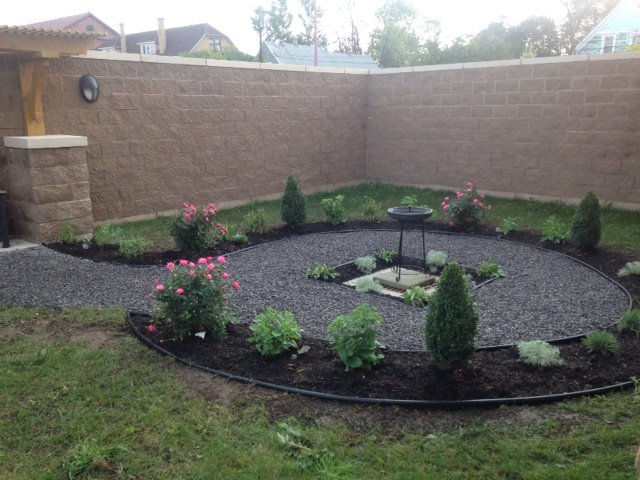 After speaking with homeless women that would be living in the development, the project architect designed the building with covered outdoor walkways facing a walled-in garden. Credit: Lt. Col. Matt Urban Human Services Center of W.N.Y.

Construction on Hope Gardens began in January 2014, and the two-story building opened in December 2014 with 20 studio-sized permanent supportive housing units, offices, a community kitchen and dining room, elevator, computer lab, conference room, library, laundry room, and art studio. Each housing unit includes a bathroom and a small kitchenette. The Matt Urban Center tailored the building to the needs and desires of its residents. After speaking with the homeless women who would be living in the development, project architect Laurie Hauer-LaDuca designed the building with covered outdoor walkways facing an enclosed garden. The brick wall surrounding the garden provides safety for residents, and the overhangs covering the walkways protect residents from bad weather. According to Joyelle Tedeschi, director of Hope Services at the Matt Urban Center, the transition from homelessness to living in a home with four walls can be difficult, and this design gives residents options and helps them avoid feeling trapped.

Over time, Hope Gardens has incorporated services to meet the needs of residents, including pet therapy and art therapy classes, poetry events, yoga and relaxation exercises, women’s groups, birthday celebrations, and gardening events. The development boasts mental health services by Evergreen, a health services nonprofit, which are provided in-house to help reduce the barriers to accessing care. Residents can also seek assistance from Hope Garden’s trauma-informed services supervisor and an intensive case manager. In addition, Hope Gardens employs community living specialists who can help residents undertake tasks such as learning to cook. Tedeschi notes that services at Hope Gardens are highly personalized to individual residents; staff members at Hope Gardens talk to residents to understand their goals and ensure that each resident has a program that works for her.

Residents are referred to the development through the local coordinated entry system, which ensures that those with the greatest need access housing quickly. Before opening, Hope Gardens had a waitlist of 27 for the 20 units, highlighting the need for housing for those experiencing homelessness. According to Tedeschi, Hope Gardens’ occupancy rate has also been above the average of other developments that house chronically homeless individuals, and the residents have benefited from the absence of a time limit on occupancy. Both Tedeschi and Ma credit the Housing First approach as being a major contributor to the success of Hope Gardens and other area projects that address homelessness.

Capital funding for Hope Gardens included $3.65 million from New York State’s Homeless Housing and Assistance Program, $400,000 from HUD’s Supportive Housing Program, and $280,000 from the Federal Home Loan Bank of New York. The Patrick P. Lee Foundation and Ingram Micro provided additional funding. The CoC also allocated $1.2 million in HUD funding for the first 3 years of service, including $314,131 for supportive services, $883,834 for operations, and $79,898 in administrative costs. The CoC renewed the funding for the 4th year of service, with $427,273 for supportive services, operations, and administrative costs.

Next Steps To End Chronic Homelessness in Western New York

Although the Housing First approach has proven successful thus far in Buffalo, Tedeschi says that area organizations need to find or develop additional safe, affordable housing units that can be used to house homeless individuals under the Housing First approach moving forward. “There is not enough safe, affordable housing. We are looking at projects that allow us to bring more affordable units into this area,” notes Tedeschi. The Matt Urban Center has several development projects planned or underway that are designed to increase the number of units used to house those experiencing homelessness. One project is already fully funded and will convert a school building on the east side of Buffalo into 27 units of affordable housing for women and children coming out of homelessness. Another recently funded project, also on the east side of Buffalo, will adaptively reuse a warehouse space for several affordable housing units, a percentage of which will be set aside for homeless families and individuals.