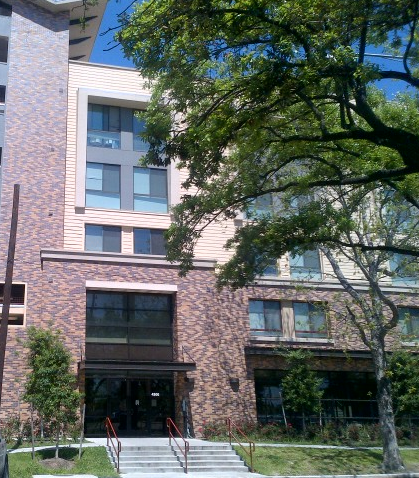 Houston has announced that it has effectively ended veteran homelessness, ensuring that housing and services are available for all local veterans in need. Credit: Cloudbreak Communities

In June 2015, Houston became the largest city in the United States to effectively end veteran homelessness. Although Houston recognizes that housing instability will continue to be an ongoing issue, the community now has a program to prevent homelessness among its veteran population, shorten the duration of homelessness when it does occur, and establish sustained housing security for those who were once homeless. By implementing a strategic process for housing any homeless veteran within its continuum of care, Houston joined New Orleans, which has ended all forms of veteran homelessness, as well as Phoenix and Salt Lake City, which have ended chronic homelessness among veterans. Several states have also taken action to end veteran homelessness, with Virginia becoming the first to succeed in November 2015. Led by Mayor Annise Parker, Houston enhanced its efforts in 2012 to address the city’s challenges with homelessness. With strong federal support and local collaboration, regional leaders are working with the veteran population to further efforts to end other forms of homelessness in the community.

In 2012, HUD identified Houston as one of 10 priority communities for addressing homelessness. The designation qualified the Houston region for technical assistance and an invitation to a workshop on ending veteran homelessness, where the city of Houston and Harris County recognized the need to adopt an inclusive, regional approach to the issue, according to Marilyn Brown, president and chief executive officer of the Coalition for the Homeless of Houston/Harris County. This realization led to a collaborative effort to house 100 veterans in 100 days, catalyzing a sustained partnership with more than 25 agencies and organizations known as Housing Houston’s Heroes. The partnership’s work was linked to Houston’s commitment to ending veteran homelessness by 2015, based on Opening Doors, the United States Interagency Council on Homelessness’ strategic plan to prevent and end various forms of homelessness.

Houston/Harris County Continuum of Care’s (HHCoC) approach to implementing the federal plan, The Way Home, consists of more than 70 partner agencies and organizations with shared goals and metrics. Their integrated efforts provide continuity among formerly isolated homeless service providers, closing service gaps. In the case of veteran homelessness, this change “[puts] the veteran at the heart of the system,” according to Mandy Chapman Semple, special assistant to the mayor for homeless initiatives for the city of Houston. Chapman Semple further explains, “The idea is to make the system seamless for the veteran and to maximize the opportunity for success.” The Way Home’s efficient approach identifies homeless veterans and uses a coordinated access system to prescribe appropriate interventions; allocates HUD-Veterans Affairs Supportive Housing (HUD-VASH) resources to provide rental assistance, case management, and health services for chronically homeless veterans; and uses funds from the U.S. Department of Veterans Affairs Supportive Services for Veteran Families program for rapid rehousing of other homeless veterans. 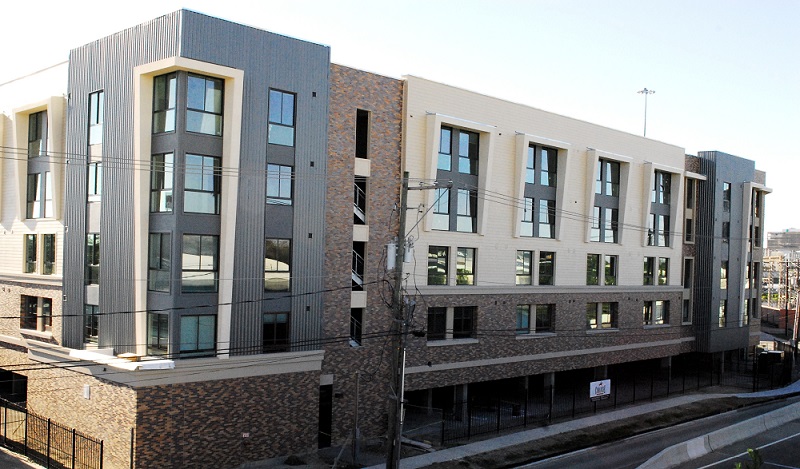 Houston’s campaign to end veteran homelessness received a significant boost when Travis Street Plaza, an affordable veteran housing development, was completed in 2012. Although the project had been planned before the regional collaboration was established, the project’s developer partnered with the city to adopt a Housing First model The arrangement allowed HHCoC to identify vulnerable veterans, allocate HUD-VASH vouchers, and provide housing within a day, “producing quick and early wins” for housing Houston’s homeless veterans, according to Chapman Semple.

Travis Street Plaza includes 192 units affordable to veterans earning at or below 30 percent and 60 percent of the area median income; 20 of the units are reserved for veterans with special needs. Residents can receive services such as job training and case management at Midtown Terrace, a nearby supportive housing development for veterans that offers 286 transitional and permanent supportive housing units. Amenities at Travis Street Plaza include a fitness center, a community room, and a covered pavilion. Development costs totaled $18.2 million, which were partially paid for with $11.1 million in low-income housing tax credit equity from the National Equity Fund.

The regional collaborative has proven to be very effective. In ending veteran homelessness, the partnership provided housing for more than 3,900 homeless veterans between 2012 (when Housing Houston’s Heroes began work) and August 2015. According to Chapman Semple, the collaborative’s success illustrates that “when everyone can come together with a shared goal, shared measurement, and reinforcing activity, spectacular things can happen.” Lessons from the work to end veteran homelessness in Houston have shaped The Way Home’s approach to ending chronic and family homelessness, and the collaborative has reduced overall homelessness in the city by 50 percent. To provide permanent supportive housing for Houston’s remaining homeless population, the partnership launched a campaign in 2014 to secure $665 million for an additional 2,500 housing units and associated services for 10 years. As of October 2015, The Way Home’s partners were seeking the final $11 million.

Acknowledging the complexity of addressing homelessness, Brown states, “The social issue of homelessness did not happen overnight. The solution is system change, and that also takes time.” Both Chapman Semple and Brown also cite the importance of relationships with other cities in helping Houston create solutions and share experiences. Embracing the value of a national network of cities, in 2014 the partnership joined the Mayors Challenge to End Veteran’s Homelessness, an initiative announced by First Lady Michelle Obama to spur more local action.