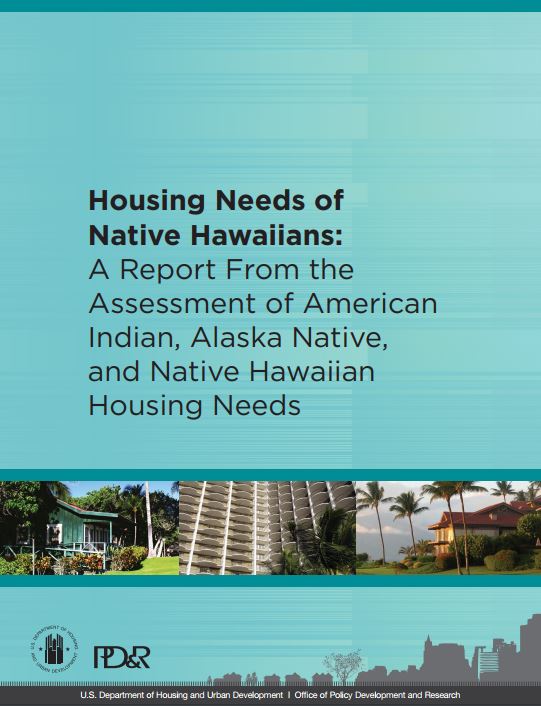 Although Native Hawaiians, unlike American Indians, do not have a sovereign government to represent them, the United States has long recognized a special relationship with Native Hawaiians as the aboriginal inhabitants of the Hawaiian Islands. In 1920, 39 years before statehood for Hawaii, the federal Hawaiian Homes Commission Act (HHCA) set aside approximately 200,000 acres for the use of Native Hawaiians who are descendants “of not less than one-half part of the blood of the races inhabiting the Hawaiian Islands previous to 1778.” The act established “a permanent land base for the benefit and use of native Hawaiians.” One of its goals was to enable “the preservation of the values, traditions, and culture of native Hawaiians.”1 HHCA created the Department of Hawaiian Home Lands (DHHL) to administer the home lands. Individuals who meet HHCA’s definition of a Native Hawaiian may assume a residential lease on the home lands if they can buy or build a home on the leased lot. In 2016, according to DHHL, approximately 8,000 households resided on the Hawaiian home lands, but nearly three times as many (22,000) were on the waiting list for a residential lease.

The Native American Housing Assistance and Self-Determination Act of 1996 was amended in 2000 to include Native Hawaiians, creating the Native Hawaiian Housing Block Grant (NHHBG) to assist low-income Native Hawaiian households. The act defines “low income” as a household income of up to 80 percent of the area median income. DHHL is the sole recipient of NHHBG, and it uses NHHBG funds to assist low-income households with homeownership in the home lands. Based on the survey of waiting list households conducted for this study, the report estimates that approximately half of the households who are on the DHHL waiting list for a residential lease and are currently residing in Hawaii are low-income households.

Housing Needs of Native Hawaiians was written as part of HUD’s national Assessment of American Indian, Alaska Native, and Native Hawaiian Housing Needs. The report draws on data from the decennial census, the American Community Survey, interviews with stakeholders in Hawaii, and a survey of households on the DHHL waiting list that was designed and conducted for this study. Waiting list households were eligible for the survey if they lived in Hawaii, had a valid address, and had already provided full documentation indicating Native Hawaiian status.

Most (95%) households waiting for a home lands lease want their own lot with a new house (60%), an existing house (13%) or no house (22%), but nearly half would accept a townhouse or multiplex unit to get housing faster. About 55 percent of waiting list households surveyed had received an offer for a lease from DHHL but had not accepted it. Reasons for rejecting the offer included the following:

In addition, many renters on the DHHL waiting list indicated that they would prefer to own a home but are unable to do so because they cannot afford a downpayment. Finally, like current lessees, most waiting list households placed a high value on multigenerational and extended family (ohana) living and socializing. These households would prefer housing that supports this cultural value, including enough room to accommodate a larger household, outdoor spaces for socializing, and enough parking for extended family members.