From Habitat II to Habitat III, An Interview with Ismael Guerrero

In this column, Ismael Guerrero, Executive Director of the Denver Housing Authority (DHA), shares lessons learned from Habitat II and discusses priorities and expectations for the upcoming Habitat III conference to be held in October 2016. 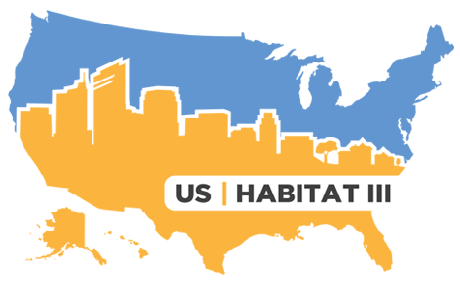 As the Executive Director of a housing authority in the Rocky Mountain Region, a very different region from any of the other convening areas in the US, why do you think the local and regional perspective is so important for Habitat III preparations?

Over the past decade, and even as far back as the Habitat II convening in 1996, the larger, urban housing authorities around the country have emerged as major players in local and regional revitalization efforts that are transforming entire neighborhoods into vibrant, mixed-income and mixed-use communities. As the largest housing authority in the Rocky Mountain region, the Housing Authority of the City and County of Denver (DHA), has undertaken four such neighborhood transformations, tackling issues that include housing, health, education, economic development, and community empowerment. We have developed over 1,500 units on 45 acres in center city districts. The lessons we have learned and the challenges we face are similar to those faced by sister cities and metropolitan regions around the globe. Urban centers across the world, such as Denver, Sydney, Shanghai, Medellin, and Toronto are tackling similar challenges, increasing economic security, and addressing issues of social justice and ecological sustainability through creative placemaking and rethinking the built environment. Habitat III is an opportunity to engage, share, celebrate and build on our collective experience and successes.

You attended Habitat II in 1996 in Istanbul, Turkey. Can you talk a little bit about your experience and can you share what you would want to see if you were heading to Quito for Habitat III in October?

Habitat II was 20 years ago, and I would argue that it took place when community development looked very different. I was just beginning my career in affordable housing and community development. I left Habitat II with two experiences that have influenced my work and leadership values. The first reality from 1996 was the commonality of challenges facing disenfranchised communities across the globe: basic shelter; economic security and mobility; healthy food access; environmental degradation; and lack of access to financial and human capital. The struggles and the solutions, while at different scales and intensity, were very similar. At the same time, there was a clear tension and segregation between the major stakeholders, who included NGOs, public governmental organizations, and the world financial institutions. There appeared to be little interaction between these entities, and, surprisingly, more exclusivity and conflict. I believe that in the last 20 years, the paradigm has shifted as NGOs have become more sophisticated, governments have become more inclusive and transparent, and the financial sector has become more accessible and democratic through tools such as micro-lending and crowd funding. I hope to see more silo busting, more collective impact collaborations, and more cross-sector integration and systems alignment work coming out of Quito in October.

What new ideas, thoughts, or policy recommendations would you offer to the U.S. Habitat III delegation’s preparation that would have a 20-year impact in meeting the Habitat III goals? What suggestions do you have for Habitat III leadership and global leaders to ensure that Habitat III outcomes will be different, or more long-ranging than Habitat II?

With Habitat III, I am most excited about the possibilities presented by our interconnected world and the ease of travel and communications and that we can begin to take the best local and regional solutions to scale on a global level if cities and metropolitan regions continue to network and collaborate the way we have over the past decade. A local example of this is the concept and master plan for the Sun Valley EcoDistrict in Denver, Colorado. We are one of more than nine national EcoDistricts in the country. There are also similar models in Europe and Asia. It is a comprehensive approach to neighborhood-scale transformation that addresses social, environmental, and economic regeneration. The Habitat III process, from start to finish, has demonstrated that achieving national, multilateral, and global goals depends on solving local challenges. The outcomes of this conference and the New Urban Agenda depend on local solutions developed by local leaders. Mayors, directors of public agencies, community leaders and local financial and business people understand that we need to work together in practical and sustainable ways and make compromises to implement solutions that address the social and economic inequality in our communities and save the environment from irreversible degradation.


In May, HUD Secretary Julian Castro addressed the Habitat III Secretariat at historically inclusive informal hearings with global mayors on the New Urban Agenda, and discussed how the success of the New Urban Agenda will measured at the local level. View his address and read his remarks.