A Census of Inclusionary Housing Programs 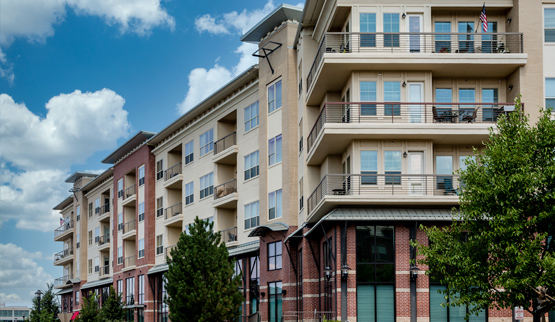 A new report from Grounded Solutions Network describes the results of a national census of inclusionary housing programs. Credit: iStock.com/dbvirago

In Inclusionary Housing in the United States, Ruoniu Wang and Sowmya Balachandran identify inclusionary housing (IH) as a tool that many cities and counties have adopted to supplement federal and state efforts to increase the supply of affordable housing. In 2018 and 2019, the authors conducted a “national census” that identified 1,019 IH programs in 734 jurisdictions, which is illustrated on a companion website. These policies are scattered across 31 states and the District of Columbia, although the authors point out information specific to Massachusetts, New Jersey, and California, which account for nearly three-quarters of the programs. The report includes linkage and impact fees as IH measures, but the analysis focuses on 685 traditional IH programs that require or encourage residential developers to include affordable housing units in their market-rate developments.

Regardless of how the IH programs are structured, almost three-quarters of them provide incentives intended to offset the costs of constructing BMR units. According to the report, most of the incentives are modifications of zoning requirements, of which a density bonus is the most common. More than half of the IH programs allow developers to build more units than would be permitted for a market-rate development. Programs also commonly allow developers to provide fewer parking spaces than the code requires, and dimensional requirements for buildings and lots are sometimes relaxed. Other incentives help make the development process easier and cheaper. These inducements include expedited development approval and permitting processes. Others reduce or eliminate administrative and impact fees. Less often, local governments abate or waive property taxes.

This report collected data on housing production for 383 programs, which produced approximately 110,000 affordable units. The average unit count for the programs that created BMR units is 426, but the variation across programs is considerable: 23 programs created more than 1,000 units each, and 125 programs have not yet yielded any affordable units. The authors also point out that one-third of the traditional IH programs do not track the number of BMR units developed. An important conclusion of the report is that stakeholders and researchers must address this administrative problem, as well as monitor information about where the units are built, tenant characteristics, and lease/purchase terms, to determine the true value of IH programs.

Click here to access the report and information about how it address regulatory barriers. Search the Regulatory Barriers Clearinghouse for examples of inclusionary housing/zoning ordinances and studies. Find more plans, regulations, and research that state and local governments can use to reduce impediments to affordable housing on HUD User's Regulatory Barriers Clearinghouse.