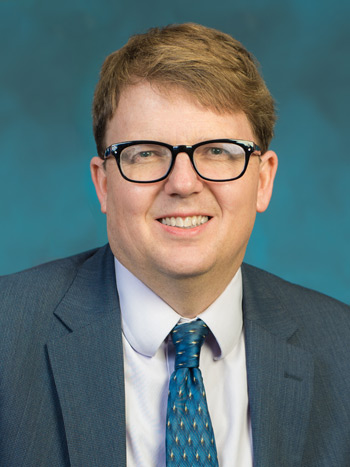 When hurricanes Irma and Maria struck Puerto Rico last year, they caused extreme damage. The generosity of both the public and private sector in response to the recovery effort may provide enough funds to not only support disaster recovery but also support some economic revitalization and mitigation against future disasters. HUD has allocated more than $19 billion in Community Development Block Grant–Disaster Recovery (CDBG-DR) funds to Puerto Rico to support these efforts.

Various news outlets have reported stories about informal housing; the lack of clarity about who owns which homes because recording titles is both not mandatory and hard to do; and that numerous homes in Puerto Rico were not constructed in accordance with its building code. Puerto Rico’s high poverty rates, economic decline, and population loss before the storms are well documented. The Office of Policy Development and Research’s recent housing market analysis provides a very good overview of the economic and housing market trends before Irma and Maria.

Chapter 1. A dozen years of not understanding

One of my staff members, now retired, worked on both the 1990 and 2000 decennial census in Puerto Rico. He told me that Puerto Rican addresses, unlike continental U.S. addresses, require an extra line — for the urbanization area — in addition to the street address. Without accounting for this extra line in our data systems, which often can accept only one address line, HUD has less than 20 percent valid (mailable and geocodable) addresses for the approximately 100,000 assisted housing units and 100,000 Federal Housing Administration (FHA)-insured loans on the island.

Figure 1 in the chart below shows the quality of the addresses in Puerto Rico relative to the addresses HUD has nationally for its various programs.

Although I had known about the problem, I had not appreciated the consequences for not correcting it. It was a visit to Puerto Rico last December that, for me, caused the light bulb to go on, and I’ve been telling this story ever since.

As part of my trip to Puerto Rico last December, after Hurricane Maria, I traveled with some FHA staff who were inspecting some of the island’s more than 500 FHA real estate owned (REO) properties — properties FHA owns because the previous owners defaulted on their mortgages. Our guide was a real estate broker who markets these FHA properties for HUD. Born and raised in Puerto Rico, the broker knew the island like the back of his hand. He was clearly good at and passionate about his job, and his driving was scary and impressive in equal measure (most streetlights had no power, and Puerto Rico has lots of traffic). I spent 10 hours with him and two FHA colleagues looking for these REO properties on the island. The broker could not rely on the addresses we provided from our data systems to find the properties. He went to the tax record legal description to figure out exactly what subdivision the properties were in and then used an old set of on-line maps that happened to have the house number to figure out each property’s latitude and longitude before we set out. Even then, we found only half of the properties.

Puerto Rican developers have a certain lack of creativity for naming streets in their subdivisions. They seem to favor “Calle 1,” “Calle 2,” and so on. Within a single municipio (Puerto Rico’s county equivalent) or even a single ZIP Code, dozens of different streets can be named “Calle 1.” Developers, however, were creative with house numbers. Often they do not have odd-numbered homes on one side of the street and even-numbered homes on the other. Instead, the numbering is seemingly random, although I am told that it has to do with the homes’ model type. You can imagine how confusing it is to try to find a house on a block with such a numbering scheme.

As another example, if you put the address of HUD’s San Juan Field Office into Google Maps, the app will direct you to an auto repair shop two blocks from the office. And the Field Office is in a modern office building!

Chapter 3. Why having good addresses matters

The broker told me a horror story of other FHA management and maintenance contractors cleaning out the wrong homes because of the address problem. Federal Emergency Management Agency staff noted that they had difficulty finding homes to conduct their inspections. Some of HUD’s programs, such as selling REO properties in eligible Census Block Groups for a discount, require a valid address. Package delivery companies also note that bad addresses cost them money because of the high rates of undeliverable packages.

Chapter 4. Digging into the problem

This problem seemed solvable, and we at HUD decided to solve it — at least for ourselves. We hired a firm that specializes in Puerto Rican addresses to see if it could correct the addresses in our data systems. We started with our mostly fixed inventory — the assisted housing and FHA REO inventory. We learned a lot from the experience:

We have some work to do to get good addresses into our system. Going forward, a simple solution to the address issue may exist: providing a pop-up window on data entry screens with an example of how Puerto Ricans should enter their addresses. I am told that a software program can read a Puerto Rican address on a single address line if it is entered properly.

The simple solution above is just a bandage on a larger problem. There are numerous exceptions and variations for recording addresses throughout Puerto Rico that will continue to make this simple fix imperfect. Puerto Rico has bigger address problems than bad addresses in federal systems: its current system is not 911 compliant, particularly for the estimated 30 percent of homes with no address at all. In a world where geolocation speeds up business, the address problems may impact economic growth. It will be interesting to see if one or more municipio would want to experiment with improving the address system to see if it could, or should, be a part of Puerto Rico’s long-term recovery.

I look forward to writing some more chapters in this story.