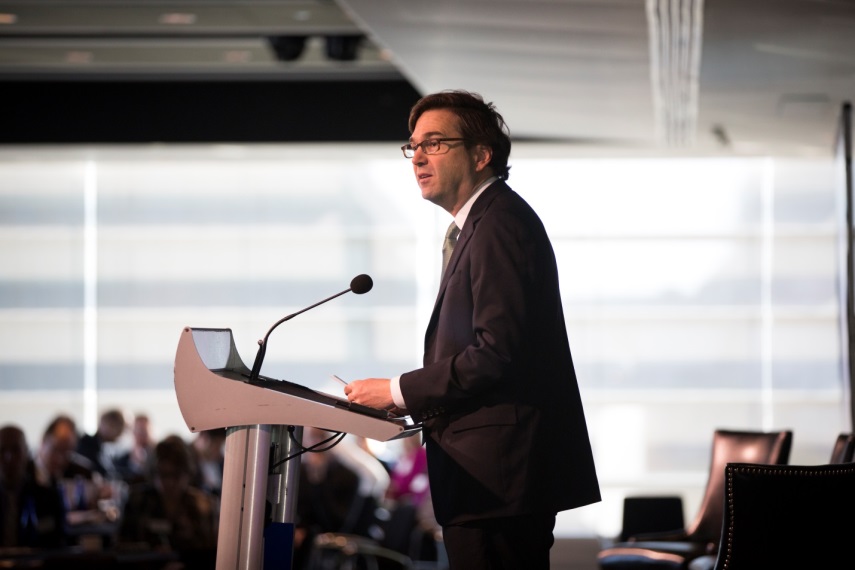 U.S. housing markets are being reshaped by shifting demographics, including the aging of the baby boom generation and a growing and increasingly diverse cohort of younger households. On November 20, 2015, the Urban Institute and Core Logic held their third annual Data, Demand, and Demographics Housing Symposium to discuss how housing policies can be molded to meet current and future housing needs driven by these and other relevant trends. The symposium consisted of four panel discussions, a market outlook, and a keynote address by Council of Economic Advisers chairman Jason Furman. Panelists addressed the need to increase the affordable rental supply and the challenge of moving households from renting to homeownership.

Current and projected housing needs are being shaped and reshaped by rapidly and dramatically shifting demographics. An analysis presented by Lynn Fisher of the Mortgage Bankers Association (MBA) predicts a 15.9 million increase in households by 2024, including 5.7 million Hispanic households. Rolf Pendall of the Urban Institute shared from a recent report projecting accelerating rental demand over the next 15 years, fueled especially by the increasingly diverse group of younger households. After years of rising rents and flat wages, this projected rental demand comes in the context of affordability challenges that are likely to persist. Indicative of these challenges, a growing proportion of the nation’s renters are cost burdened, paying more than 30 percent of household income on rent and utilities. Currently, cost burdens are disproportionately prevalent among the black and Hispanic groups, who are expected to make up an increasing share of the rental market. These cost burdens also make it more difficult for renters to save money for a downpayment and threaten to harm credit histories for households with budgets tightened by rising rents, Pendall added. Much of the discussion revolved around ways to increase the supply of affordable rental housing and how to help renters become homeowners.

In the event’s keynote speech, Jason Furman focused on the supply of affordable rental housing, framing it in terms of social mobility and economic opportunity. Although Furman noted that land use regulations can serve legitimate health, safety, and environmental goals, he argued that land use regulations that are unnecessary or excessive have curbed mobility and economic dynamism and have contributed to rising inequality. Restrictive land use regulations, such as density maximums and parking minimums, may reduce the number of units built and raise construction costs. These regulations apply especially to multifamily and shared living arrangements just as a host of demographic and cultural factors increase the demand for such housing. According to Furman, reducing regulatory barriers would increase competition among developers, improve efficiency and growth, and reduce inequality by expanding the supply of housing, thereby increasing affordability and removing the constraints that keep workers from moving to the cities where agglomerations of skills, ideas, and talent lead to higher productivity. Instead, says Furman, there is a high degree of correlation among places with restrictive regulation, high inequality, and a lack of social mobility.

Furman highlighted three efforts by the Obama administration to enable localities to identify and address regulatory barriers: HUD’s Affirmatively Furthering Fair Housing rule, which gives communities tools to document regulatory restrictions and their consequences; a proposed $300 million grant program to encourage regulatory changes that would enhance mobility; and the deployment of the multifamily risk-sharing mortgage program, a partnership between HUD and the Department of the Treasury designed to reduce financing costs and channel capital to increase the supply of affordable housing in underserved communities.

In most markets, said Beekman Advisors managing partner Shekar Narasimhan, several factors, including land use regulations, make the construction of affordable housing uneconomical. The cost of constructing housing far exceeds what would be affordable for low-income households and, he added, in many markets subsidies are necessary even for workforce housing. Exacerbating these challenges, he warned, is the coming loss of assisted rentals due to expiring affordability controls, particularly among low-income housing tax credit-financed multifamily properties. Narasimhan and Julia Gordon of the National Community Stabilization Trust noted that since the recession, single-family homes have become an increasingly important part of the rental supply as many homes transferred tenure from owner-occupied to rental. Gordon suggested that policymakers need to know more about the impact of large institutional players in the single-family rental market.

On the demand side, panelists described the precarious financial state of many households and limited credit access in the current environment as critical issues. A study by the Center for Financial Services Innovation (CFSI) estimates that 57 percent of American households are financially unhealthy; that is, they struggled to pay bills and are poorly positioned to handle a financial shock. Among those households spending more than 30 percent of their income on housing, 80 to 84 percent were financially unhealthy, with little difference between renters and homeowners, according to CFSI senior vice president Rachel Schneider. Janneke Ratcliffe, assistant director of financial education at the Consumer Financial Protection Bureau, noted that, in the long run, a healthy housing market depends on healthy consumers. Jobs and increased income, as well as an easing of housing costs, are crucial to improving households’ economic condition, but the panelists also pointed to education and counseling and policy tools and financial products that encourage saving as ways to increase consumers’ financial health and stability.

Beyond this group of financially insecure households, several panelists suggested that a significant number of households have sufficient financial stability to borrow safely but might not meet the lenders’ traditional credit or income documentation standards. Urban Institute senior fellow Ellen Seidman said that lenders may need to revisit their underwriting and servicing practices to better serve these consumers, particularly as potential borrowers with these characteristics may be prevalent among the fastest growing demographic groups. Joe Nery of the National Association of Hispanic Real Estate Professionals noted that Hispanic loan applicants are likely to have thin credit files and are more likely than other applicants to have nontraditional income sources; however, they also commonly have coborrowers or multigenerational families in which all members would contribute to paying off a loan. Many households may also have sufficient income over the course of a year, but because that income fluctuates dramatically from month to month, it does not fit lenders’ standard criteria. Bill Bynum, chief executive officer and president of Hope Enterprise Corporation/Hope Credit Union, said that “if the financial service sector is going to maintain a healthy volume of customers going into the future, then it has to find ways to serve this segment of the population.” Bynum’s organization has found that it needs to take time to understand the particular circumstances of each borrower rather than applying a formula even though doing so is much more labor intensive. HUD’s Richard Green points out that one of the advantages of automated underwriting is that it frees up time to do exactly this type of manual underwriting.

Reflecting another perspective on what might be restricting credit flow, Tim Pawlenty, president and chief executive officer of the Financial Services Roundtable, argued that reputable firms’ fear of legal risk causes them to tighten standards and scale back lending. K&L Gates partner Larry Platt pointed to legal requirements that are either overly prescriptive or too ambiguous, along with what he considers to be disproportionate remedies and an unprecedented federal willingness to use them, as the reasons why lenders have been hesitant to resume lending. Although they agreed that regulations need to be clearer and more consistent, both Pawlenty and MBA president and chief executive officer David Stevens stated that the current housing finance system is considerably safer than it was before the financial crisis. Stevens summed up the path to optimizing the health of the housing market as restoring the confidence to lend, the confidence to borrow, and confidence in the system — that is, having a firmer idea of the structure the housing finance system will take in the future.

Overall, the symposium highlighted a much stronger and safer system of housing finance and the (unevenly) recovering markets coming out of the financial crisis, but it also called attention to the serious challenges that demographic change will bring. Shaping the housing finance system to meet rising rental demand and to ensure equal credit access for homeownership will be necessary to increase social mobility and economic opportunity for all.