Improving the Lives of Children in Public Housing 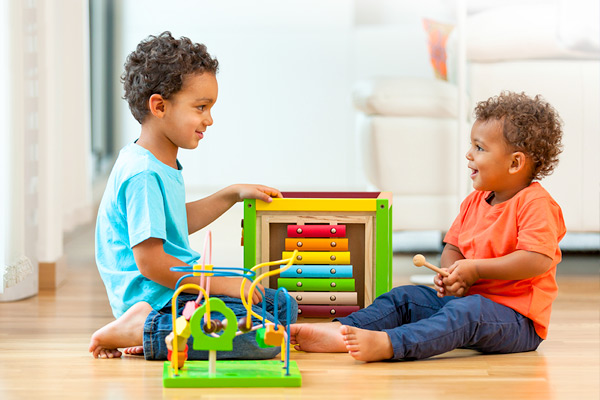 On January 18, 2017, the Urban Institute presented findings of a community assessment of needs and opportunities for children in public housing in Washington, DC. Commissioned by the District of Columbia Housing Authority (DCHA) and conducted in partnership with Howard University and the University of the District of Columbia, the survey identifies the need for supportive services and potentially provides benchmarks against which DCHA can measure progress, said DCHA executive director Adrianne Todman. Researchers found that parents in public housing report that although their children are doing well overall, they have specific worries regarding their children’s education, food security, health, and safety. Families in public housing face a number of struggles related to economic uncertainty and community challenges. With support from DCHA and committed partners like Sasha Bruce Youthwork, a nonprofit youth services provider, Todman believes that the lives of the roughly 5,000 children living in DCHA public housing can be transformed for the better.

Considering how these findings would inform an approach to supporting the approximately 5,000 children living in public housing in Washington, DC, Popkin emphasized first that parents are already an important asset in supporting their children. Most are engaged with their children in activities such as reading and playing outside. However, given the economic uncertainty and community challenges these households face, Popkin concluded that the findings indicate the need to provide additional supports to promote stability and better life outcomes for DCHA families.

David Bowers, vice president and mid-Atlantic market leader at Enterprise Community Partners, underscored the importance of housing itself for families but argued that helping people move out of poverty depends mostly on how that housing connects to other supports and opportunities such as health, education, and employment. Representing one of the organizations already providing enrichment and supports to DCHA public housing residents, Deborah Shore, executive director and founder of Sasha Bruce Youthwork, said that the survey results largely resonate with her experience with residents — families are deeply interested in engagement but are hampered by challenges. Shore credits residents of one site for advocating for a youth center to address concerns about violence. She notes that the residents, not wanting an organization to set up for a year’s time and then leave, demanded commitment from Sasha Bruce Youthwork as a partner. The partnership has yielded a weekly young men’s group, parent support groups, and positive youth activities such as cheerleading.

Todman wants to build on successful partnerships such as the one with Sasha Bruce Youthwork to improve the lives of DCHA’s public housing families. She said that the 2,000 households with children are not too great a number to reach and impact positively, especially because the District of Columbia is rich in service providers. She seeks partnerships with providers who have clear objectives and who have the capacity, resources, and will to stay engaged over the long term. Bowers added that their efforts must be of high quality and have measurable results. He noted that interventions targeting this population — for example, those that increase employment — would have a disproportionate effect on the city, unlocking the potential of both adults and children living in public housing. He highlighted the role that the private sector could play in such a transformation by thinking creatively and intelligently and by using their convening power to open opportunities for families that, he argued, would create shared benefits for the families and the private sector.

Shore shared that in her experience with the partnership between DCHA and Sasha Bruce Youthwork, she has found “strong voices that are in the community… [of people who want opportunities to try out expanding capacity in their own communities.” The findings of the Urban Institute survey regarding parental engagement with and concern for their children reinforce this conclusion. Because of the steep economic challenges facing these families, however, they are likely to need additional supports to fully realize that transformation. To achieve greater stability and improved quality of life for these families, investments from both the public and private sectors are needed. There remains a need for capital improvements in the public housing stock as well as a need for investment to better connect public housing to transportation, high-quality schools, and employment. DCHA seeks the help of committed partners to provide critical social, economic, and health supports through high-quality, results-oriented services. Investing in and improving the lives of young people, says Todman, has the potential to propel whole families forward, resulting in better lives for public housing residents.