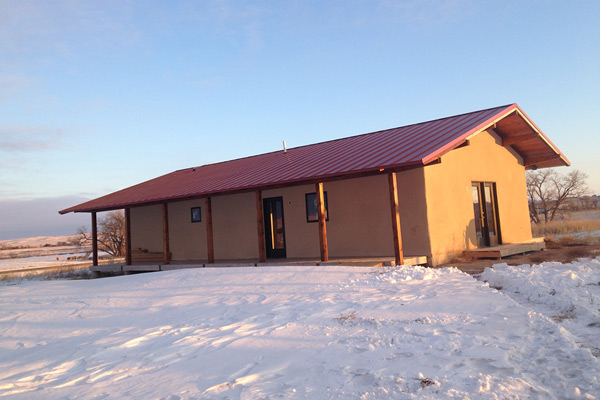 This congressionally mandated study has produced much-needed updated and sample-based estimates of housing conditions and needs of tribal families across reservation-based tribes; large and small pueblo, woodland, and coastal tribes; tribal jurisdiction service areas in Oklahoma; and native villages in Alaska. From a sample of 595 eligible tribes, 120 were selected and 110 participated in the tribal/TDHE survey. From this sample 38 tribes were selected and all participated in the AIAN household survey. Twenty-two of the 38 tribes also participated in case studies, which involved interviews with local housing officials and tribal and community leaders, allowing for a more in-depth look at tribal housing operations, needs, and context. Yet selecting the tribes was only the first step in the survey process.

The goal of the AIAN household survey was to learn about tribal housing needs and conditions from the perspective of the residents themselves. For the tribal/TDHE survey, the goal was to learn from the tribal housing authority managers. How did the study team interview more than 1,000 respondents across 38 tribes for the household survey and more than 100 housing directors from different tribes? The answer is by respecting tribal sovereignty in the research process from the beginning of the study to the end.

The study team began by taking part in government-to-government consultations between HUD and tribal leaders; they also sought guidance from an expert panel consisting of individuals with expertise in trends in the circumstances of Native Americans (in tribal areas and in other locations) and in the programs and policies pertaining to housing in Indian Country. These efforts not only helped shape the study design, data collection instruments, and procedures but also established the foundation for tribal involvement in all aspects of the study. Once the study team completed the consultations in 2012 and obtained U.S. Office of Management and Budget approval, team members began reaching out to the tribes to build relationships and gain approval to conduct the study on sovereign lands. Because of the diversity of the tribes involved and their governance structures as well as their varied research review protocols, obtaining permission from tribal leaders, tribal Institutional Review Boards (IRBs), and research review committees took time. This was a delicate process, working with multiple tribal stakeholders to build trust and rapport, address political and legal concerns, follow tribal research protocols, and observe cultural rhythms and calendars. From 2013 to 2015, these efforts yielded tribal agreements through letters from tribal leaders, memorandums of understanding, resolutions, and IRB approvals to participate in the primary data collection for the study: the tribal/TDHE survey, the household survey, and the case studies. For the household survey, local housing officials and tribal leaders approved the study but set conditions for how the study team should connect with the community and build tribal capacity, warding off concerns of “helicopter research” —appropriation of knowledge by external researchers in Indian County and taking from the community without giving back. To this end, the study team worked with each tribe to identify ways to build capacity to conduct research. Significantly, the study team hired tribal members to conduct the field interviews for the household survey. In very small communities, the study team sometimes hired a field interviewer from a neighboring tribe to address ethical and privacy concerns. 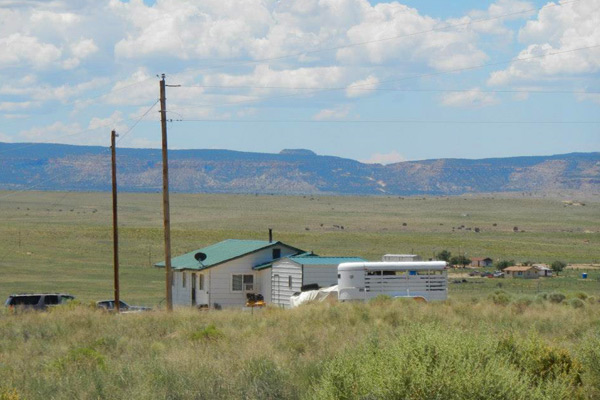 Housing unit on the Navajo Reservation.

The tribes were generous with their time and support. They directly contributed in various ways: sharing maps of the reservations and lists of housing units to draw sampling frames in rural areas without street addresses; assessing the study procedures and making culturally appropriate suggestions; reviewing procedures for protecting human subjects; establishing conditions for obtaining verbal or written consent; reviewing all data collection instruments and identifying questions in the survey instrument that might be perceived as sensitive, then suggesting ways to request responses discreetly; providing guidance on how to connect with the broader tribal community about the importance of the housing study through brochures, community presentations, public service announcements, or notices in tribal newsletters to both inform tribal members and generate interest; and requesting the return of deidentified data to respect tribal ownership of information about their people. Laying the groundwork for and then conducting the study — in particular, the large-scale household survey — was a multiyear process that underscored the importance of collaboration and reciprocity, respecting tribal sovereignty over research protocols and decisionmaking, and honoring one’s commitments and obligations as researchers.

This article was written in collaboration with Carol Hafford, PhD, Principal Research Scientist, NORC at the University of Chicago and Nancy Pindus, Principal Investigator, Urban Institute.

For the AIAN household survey, all tribal lands with an AIAN population of at least 150, as defined by the U.S. Census Bureau, were eligible for selection. Setting the minimum population at 150 ensured that the study team could collect approximately 30 interviews from each tribe selected, with more from the very large tribes. At the outset, there were 595 tribal areas in the sample. From this group, two embedded representative samples were drawn: 120 tribes for the survey of tribal housing authorities and tribally designated housing entities (referred to as the tribal/TDHE survey), and a subsample of 60 tribes that included 40 tribes for the household survey as well as 20 reserve tribes to serve as a replacement if needed. HUD deemed 2 of the 40 tribes ineligible for the household survey because they were not IHBG grantees, which reduced the survey’s sample size to 38 tribes.