A Snapshot of HUD-Assisted Households 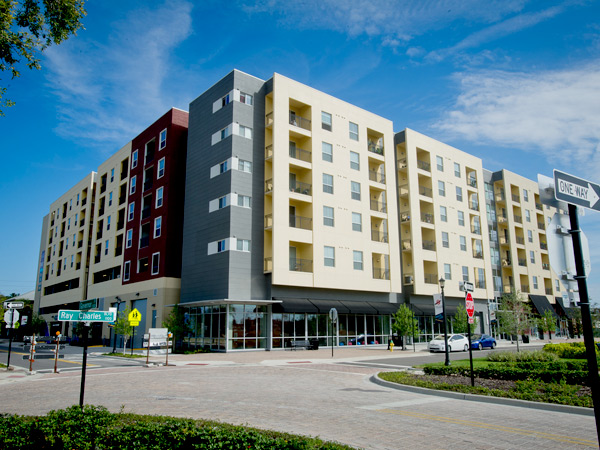 The Picture of Subsidized Households dataset contains a wealth of information on HUD-assisted housing units and the households living in them. The Ella at Encore is an affordable housing development for those aged 62 or older that receives project based vouchers from the Tampa Housing Authority.

The U.S. government has offered housing assistance to low-income renters since enacting the U.S. Housing Act of 1937, and much of this assistance has been provided through programs offered by HUD and its predecessor agencies. Today, HUD assists nearly 5 million households through tenant-based vouchers, project-based subsidies, and the provision of public housing. To help researchers and other interested parties study these households, HUD’s Office of Policy Development and Research (PD&R) offers the Picture of Subsidized Households (Picture) dataset. The Picture dataset allows researchers to compare HUD-assisted households by program, within different geographies, and over time.

The Picture dataset offers information on households subsidized through many HUD programs. Other housing subsidy programs, such as those administered by the U.S. Department of Agriculture, are not represented in the dataset unless they also receive a subsidy under one of the covered HUD programs. Housing units developed under HUD’s Indian Housing Block Grant program, HOME Investment Partnerships program, and Community Development Block Grant program are also excluded. Currently, HUD’s most prevalent form of housing assistance is tenant-based assistance. According to the Picture data, nearly half of the assisted units available in 2016 were subsidized through tenant-based assistance. Since 1998, this form of assistance has been offered through the Housing Choice Voucher (HCV) program. Under the HCV program, low-income households receive vouchers that subsidize their rent while allowing them to lease from any approved landlord in the private market.

Another form of HUD housing assistance for low-income households is privately owned, project-based housing, which includes several programs created during the past four decades, such as the Section 202 Supportive Housing for the Elderly and Section 811 Supportive Housing for Persons with Disabilities programs. Under these programs, low-income, assisted households live in rental housing owned by private landlords, and residents may not take the subsidies and move to another location. The third type of HUD housing assistance included in the Picture dataset is public housing. Under the public housing program, eligible low-income households live in housing developments owned by PHAs. The housing subsidy stays with the public housing unit, and residents cannot take the subsidies with them if they move elsewhere.

Researchers can gain many insights into HUD housing assistance programs using the Picture dataset. The dataset allows researchers to examine income, family composition and demographics, housing circumstances, and monthly out-of-pocket rent expenditures for assisted households. The dataset also gives information about subsidized units themselves, such as how many exist in each geographic area and program, the occupancy rate, and the percentage of efficiency and one-, two-, and three-bedroom units. Data are available in 10 geographic levels, from nationwide down to the individual housing project level, for 20 selected years between 1970 and 2017. Using Picture data, researchers can create a summary of all assisted households or compare households over time and across programs, types of housing assistance, and different geographic areas.

In January 2018, HUD updated the Picture of Subsidized Households dataset with fiscal year 2017 data. PD&R encourages all interested parties to visit the Picture dataset and explore the 2017 data as well as the wealth of data on assisted households from years past. Code definitions and descriptions of each of the variables used in the dataset are available in the Picture of Subsidized Households data dictionary. Information on the next expected update of Picture data is provided on the HUD User Data Set Update Schedule page. Any questions or comments on the Picture data can be submitted to helpdesk@huduser.gov with the subject line “Picture Datasets.”