Impacts of Filtering and Rent Control on Housing Supply 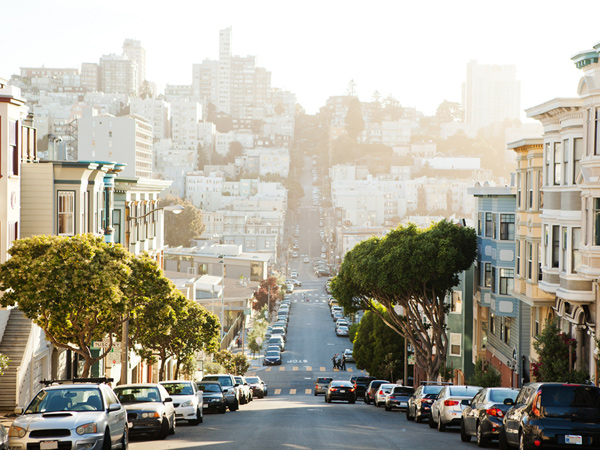 Rent control in a few U.S. jurisdictions, such as San Francisco (shown), tries to guarantee stable housing and affordability.

Along with stagnant or insufficiently rising wages, lack of supply contributes to severe housing affordability challenges in much of the country. On April 21, 2020, the Urban Institute hosted a webinar, “Housing Supply Challenges and Solutions,” to dig deeper into two topics related to the affordable housing supply: filtering and rent control. Laurie Goodman, vice president of the Housing Finance Policy Center at the Urban Institute, moderated the conversation. Sam Khater, vice president and chief economist of Economic and Housing Research at Freddie Mac, presented research on filtering, and Brian Asquith, an economist from the W.E. Upjohn Institute for Employment Research, shared his research on rent control. Mark Fleming, chief economist at First American Financial Corporation, commented on the presented research. The research findings have important implications for understanding and addressing housing affordability challenges.

Khater explained that filtering — the process by which properties age and depreciate in quality and price, becoming more affordable to lower-income households — not new construction, is “the primary mechanism by which the housing market provides affordable supply.” Filtering has become even more important because the share of new construction that could be characterized as affordable “starter” homes has declined since the 1990s. Using mortgage data from owner-occupied, single-unit purchases of properties built after 1900 and funded by Freddie Mac, Khater finds that from 1993 to 2018, homes have historically filtered down by 0.4 percent per year. In other words, the difference in income of the owners of a property declined by 0.4 percent per year on average between sales.

Although the sample’s overall filtering rate was slightly positive, Khater also found substantial variation between and within metropolitan areas. Filtering does not contribute significantly to the affordable housing supply in cities such as Los Angeles and Washington, DC, where instead properties tend to filter upward, meaning that prices go up and homes are sold to buyers with higher incomes. Most areas with negative filtering rates are coastal cities, but some are in the inland West, such as Austin and Denver, and many more cities are becoming like them. Khater found that markets with the largest upward filtering tend to have little new construction. Supply inelasticity — because of limited or costly land, regulatory barriers, and demand factors such as desirable amenities — and employment opportunities that attract more educated, higher-income workers drive upward filtering and gentrification. This dynamic reduces options for lower- and middle-income homebuyers in those areas, forcing lower-income households out of the city center and into the suburbs and thereby sorting the metropolitan population by income. Recognizing that some cities have a negative filtering rate has implications for policy responses to a lack of affordable housing in those areas, and, Fleming noted, even in a market that is filtering down overall, micromarkets within it can be filtering up.

Rent control, which exists in a few jurisdictions in the United States, tries to guarantee stable housing through automatic lease renewal and eviction restrictions and affordability through limits on annual rent increases. These controls, however, may affect the overall supply of housing in a market. Using property-level panel data to investigate rent control in San Francisco, Asquith’s research asks, “How do landlords of rent-controlled units change their supply in response to changes in market rents?”

In San Francisco, annual rent increases for rent-controlled apartments are capped at a rate that typically has been lower than the rate of inflation. In most cases, however, the landlord has some opportunity to negotiate a new base rent after a tenant leaves. Landlords have several methods available to conduct “no-fault” evictions. In San Francisco, landlords can “retire” and evict their tenants under the Ellis Act, or a tenant can be forced out if the property owner or a family member of the owner is going to occupy the unit for at least three years. New construction is exempted from rent control, which in some cases makes demolishing and reconstructing a building an attractive proposition. These factors create incentives for landlords to “selectively turn over tenants via at-fault evictions,” according to Asquith, especially when market rents are rising.

To test whether landlords increase or decrease supply through evictions, Asquith tracked at-fault evictions, no-fault evictions, and changes in repair permits in areas where demand increased. He found that “some rent-controlled landlords do look to withdraw one or all units from the controlled market after market demand increases.” He found that landlords owning few units were more willing to exit the market altogether through the Ellis Act. In other words, as Fleming put it, “rising prices incent a reduction in the supply of affordable housing… and the restriction in supply comes in the form of evictions.” Ultimately, he says, the rent controls end up hurting some of the lower-income renters they were supposed to help.

Fleming noted the big picture takeaways from the research considering the effects of filtering and rent control on the housing supply. He concluded that “the best housing affordability policy is a ‘build more homes, any homes, at any level, policy.’” Although in many areas filtering contributes to housing supply, areas with upward filtering need additional interventions to increase supply, and rent control appears to reduce supply where it is needed most — areas where demand is raising prices. The stakes for addressing the shortage of supply are high. As Khater noted, in addition to affordability challenges for individual households, the lack of supply slows economic growth because people cannot move to the places with the most productivity.