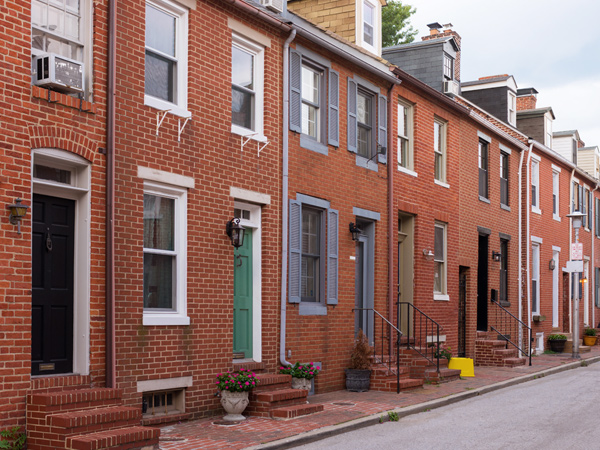 HUD’s Office of Policy Development and Research has published Evidence Matters since 2011 to promote evidence-based policy and practice.

Since 2011, HUD’s Office of Policy Development and Research has published Evidence Matters, a journal aimed at policymakers, researchers, and practitioners that focuses on the ways in which research informs housing and community development policy. Each issue is devoted to a single theme and features a lead article that summarizes the topic, a “Research Spotlight” article that dives deep into the latest evidence-based research on the topic, and an “In Practice” article highlighting, through case studies, how practitioners on the ground are developing innovative solutions for their communities. Evidence Matters is distributed free of charge in both electronic and print formats.

Examining the Central Role of Housing

Many early issues of Evidence Matters focused on the ways in which housing connects to other topics and reflected an emerging understanding of housing as being at the nexus of a number of social concerns. For example, the Fall 2014 issue on housing and youth outcomes illustrated how researchers have detailed and quantified the effects of deleterious housing qualities on childhood education and health. Resilience was another broad theme during the publication’s first five years. The Spring 2013 issue, dedicated to mixed-income housing strategies, pointed to evidence that economically diverse neighborhoods provided lower-income residents with more housing stability in an opportunity-rich environment.

More recently, Evidence Matters has examined how the entire system of housing production can increase access to affordability and opportunity. Two recent issues have focused on how new technology is making better, safer, and less expensive housing widely available. The Spring 2017 issue on building technology described how promising innovations in construction processes, materials, and technologies can lower costs while also highlighting some of the barriers to their widespread uptake. The In Practice article in that issue featured three programs that employ innovative financing and other supports to promote energy retrofits and disaster mitigation. The Winter/Spring 2020 issue on factory-built housing reviewed the benefits and barriers facing factory-built homes while exploring the market forces and new technologies that might make use of this efficient production technique more common.

Simply knowing how to build better housing is not enough; stakeholders must also accommodate local regulations and focus on places in need. The Spring 2018 issue on regulatory barriers examined specific types of roadblocks that increase costs and inhibit affordable housing development, often in places that need it the most. Zoning and land use regulations, such as density limitations and parking requirements, help drive up land costs. Lengthy permitting and approval processes, along with community hearings that provide a platform for “not in my backyard” opposition, can create costly delays and uncertainty for developers. Improving areas characterized by economic distress can also be a strategy to uplift entire neighborhoods and create self-sustaining opportunity. The Spring/Summer 2019 issue, which discusses place-based incentives, looked at the history of such efforts in the context of the Opportunity Zones created through the Tax Cuts and Jobs Act of 2017.

The goal of Opportunity Zones and similar programs is to generate the conditions for self-sufficiency in areas that historically have lacked it. Self-sufficient or independent living is another theme that has emerged in Evidence Matters over the past several years. For example, the Summer/Fall 2018 issue on housing and employment discusses barriers that keep HUD-assisted households and individuals experiencing homelessness from achieving self-sufficiency and reviews programs in Chicago and Washington state that have improved participants’ basic skills and helped them access job training and housing. Other populations face their own unique challenges to independence, and the Summer 2017 issue on senior housing examined ways to improve communities, buildings, and services to allow older Americans to more easily age in place. Continuing Evidence Matters’ early focus on the interconnectedness among housing and other topics, the Fall 2016 issue dealing with the digital divide showed how the HUD-assisted households face a deficit in technology availability and literacy, with consequences for realizing educational and employment opportunities.

The range of topics Evidence Matters has covered during its first decade has reflected the evolving discourses and practices surrounding affordable housing. The research and case studies featured in its pages reflect the complexity and centrality of housing in shaping people’s access to opportunity. As researchers continue to develop and analyze new strategies and innovations, Evidence Matters looks forward to its second decade of informing practitioners in affordable housing and community development on emerging and promising trends in the field.