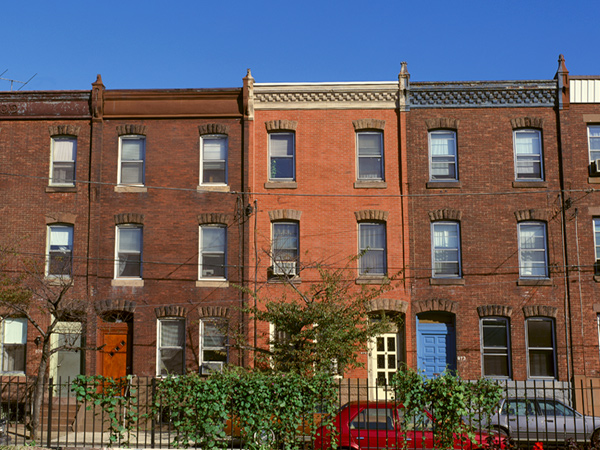 With the potential for a housing market downturn resulting from the ongoing coronavirus pandemic, land banks and trusts provide tools for preserving housing affordability and stability.

A significant component of the overall cost of housing is the value of the underlying land. When that value is determined in large part by market forces, competing social priorities such as providing affordable housing, ensuring mixed-income communities, and reserving space for public uses may go unrealized. On August 11 and 12, 2020, the Population Health Learning Collaborative hosted the Innovations in Naturally Affordable Housing virtual summit to discuss strategies that communities and practitioners can use to create and sustain livable, affordable neighborhoods. One panel, featuring Miriam Axel-Lute, editor at Shelterforce, and Doug Ryan, senior fellow at Prosperity Now, discussed community land banks and community land trusts as two tools, often used together, that can help ensure long-term housing affordability. In light of the coronavirus pandemic and the resulting economic downturn, Axel-Lute and Ryan shared insights learned from the Great Recession on the value of community land banks and community land trusts.

Axel-Lute characterized land banks as quasi-governmental entities that put foreclosed properties back into productive use for the public good. Land banks acquire land, clear the title of any taxes owed, and prioritize resale to organizations such as affordable housing developers through the preferential pricing of parcels. Although the bank does not own the land in perpetuity, it shepherds distressed parcels toward community needs.

By contrast, land trusts, says Axel-Lute, retain ownership of the land. Land in trust can be used to build affordable housing, and residents buy a 99-year inheritable ground lease that includes provisions, such as rules governing resale value, that will retain the property’s affordability restrictions permanently. These provisions ensure that even if land values in the surrounding area appreciate significantly, housing bound by these restrictions will remain affordable.

The Perils and Opportunity of the Present Crisis

The Great Recession severely disrupted American housing patterns; as Ryan observed, homeownership levels in the United States had only recently returned to prerecession levels when the coronavirus pandemic began. One consequence of the large number of foreclosures stemming from the recession was the acquisition of approximately 400,000 single-family homes by investors, allowing wealth to accrue to investor-owners rather than resident-owners. As a result, fewer first-time homebuyers or lower-income Americans have the opportunity to own property and build equity. Despite homeownership gains over the past decade, Ryan and Axel-Lute agreed that widespread job losses and economic contraction resulting from the current pandemic are likely to generate another wave of evictions and foreclosures. Axel-Lute observed that during the recession, the foreclosure rate for homeowners in community land trusts was one-tenth that of homeowners not participating in community land trusts.

Although such outcomes are a significant short-term problem for policymakers and residents, a downturn in land value also represents an opportunity. Axel-Lute highlighted the story of Columbus, Ohio, as one example of a city that created a long-term solution from a shorter-term crisis. Faced with a surge in vacant properties, the area land bank acquired numerous deeds and used state and federal funds to demolish abandoned and unsafe structures. When the housing market eventually began recovering, developers increasingly expressed interest in these properties. This increased demand from developers also meant that many residents were being priced out of their neighborhoods, which highlighted the need for more affordable housing. In response, the city created a land trust to retain the properties for the development of perpetually affordable housing, in which residents, protected from surging housing costs, could become homeowners and build equity in the process. Over the next five years, reports Axel-Lute, the trust hopes to have several hundred parcels in its portfolio. Ryan, discussing similar efforts in Colorado, noted that an important component of bringing this model to scale is making traditional financing mechanisms available to prospective homeowners. In Boulder County, Colorado, the nonprofit affordable housing developer Thistle is doing just that through a partnership with Fannie Mae, says Ryan.

Ryan and Axel-Lute both advocated for governments to take a proactive role during any coming periods of economic disruption to ensure stability for existing residents and long-term housing affordability. Making sure states have enacted enabling legislation, working with advisory groups such as the Grounded Solutions network for needed technical assistance, and ensuring sources of funding are all steps that governments can take quickly to help lay the groundwork for establishing land banks and land trusts. The panelists’ examples of successful community land banks and trusts present these tools as potent strategies for creating long-term opportunities for affordable homeownership.