Reforming the Eviction System During and After the Pandemic 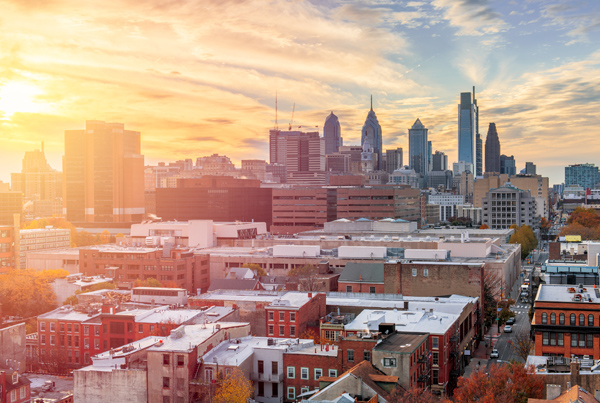 The severe economic disruption caused by the coronavirus pandemic meant that many people suddenly found themselves with reduced or no income because of job loss or sickness. To help protect renters impacted by the pandemic from eviction, the Consolidated Appropriations Act (enacted in December 2020) and the American Rescue Plan (ARP) Act of 2021 together created the Emergency Rental Assistance Program (ERAP), the first national policy with the goal of preventing evictions by assisting both tenants and landlords. Now that ERAP funding is winding down, policymakers have begun assessing the impact of ERAP and extracting lessons learned to inform long-term eviction reform. At a White House summit on August 2, 2022, a panel discussion, “Innovations in State and Local Eviction Prevention,” highlighted steps that state and local governments have taken to ensure that eviction practices do not return to their prepandemic norms.

During the legal process of eviction, landlords and tenants typically engage on unequal footing to tenants’ disadvantage. Panelists discussed innovations aimed at preventing evictions and producing better outcomes for tenants and landlords alike when tenants fall behind on their rent. Mayor Lightfoot discussed new city programs in Chicago, including a right-to-counsel pilot program supported with $8 million in ERAP funding that will double the number of tenants represented by legal counsel when facing eviction. In addition, the city is directing $9 million toward expanding the court-based mediation program to help tenants and landlords resolve rental disputes without resorting to the blunt instrument of eviction. Chicago also moved to seal eviction filing records during the pandemic to help prevent the cascading ill effects that an eviction can have on the quality and stability of evicted households’ subsequent housing.

Bell observed that eviction can have a negative impact on a family’s well-being that resonates through generations, often amplifying existing social inequities as evictions fall disproportionately on single mothers and black, indigenous, and people of color. In Oregon, policymakers took care to craft the state’s rental assistance program to account for equity concerns. The benefits of eviction prevention also accrue to municipal budgets; Cleveland’s efforts, for example, yielded more than $4 million in reduced expenditures in 2021 thanks to the consequent reduced need for health care, foster care placement, and other social safety net expenses.

In 2019, with the help of private partners, Cleveland implemented and funded a right-to-counsel law for households with children and incomes up to 100 percent of the federal poverty level. Before the pandemic, the right-to-counsel program successfully helped 93 percent of participating tenants who wanted to avoid eviction and 83 percent of tenants who sought rental assistance, demonstrating the program’s effectiveness and ongoing importance. Remesch noted that aid targeted to households facing eviction also promoted equity goals, because eviction in Cleveland disproportionately affects African-American, female-headed households. Gym noted similar outcomes in Philadelphia and pointed to a prepandemic power imbalance in which 80 percent of landlords in eviction proceedings were represented by an attorney compared with only 11 percent of tenants.

Philadelphia’s eviction diversion program, funded in part through ARP, has seen results as impressive as Cleveland’s. Under Philadelphia’s new eviction diversion law, landlords and tenants are required to apply for rental assistance and participate in housing counseling at least 30 days before an eviction can be filed. Under this new program, 85 percent of cases succeed in avoiding eviction court, wait times for hearings have been reduced by two-thirds, and the number of evictions in the city dropped from 20,000 annually before the pandemic to less than 7,000 in 2021. The city has dedicated funding to ensure the ongoing success of the program.

Thanks to ERAP funding, Neumann’s organization, the Colorado COVID-19 Eviction Defense Project, developed the capacity to be a single point of contact for anyone needing rental assistance or facing a possible eviction. Clients can receive help filling out rental assistance applications, legal assistance, or rapid rental assistance from the Colorado Stability Fund — which was founded as a partnership among Neumann’s organization, the Colorado Housing and Finance Authority, and the Department of Local Affairs’ Division of Housing — to distribute assistance faster than evictions could be processed. The success of this model in delivering more than $50 million in housing assistance to more than 20,000 households yielded similar efforts more broadly aimed at addressing other economic security issues. Neumann credits ERAP with paving the way for new, ambitious thinking on providing housing stability for families in financial precarity.

The successes that the panelists described often derive from enhancing the existing relationships among local advocates, nonprofits, and agencies and are catalyzed by the additional funding made available during the pandemic. For example, Lightfoot discussed efforts in Chicago to ensure that postpandemic evictions remain low compared with eviction rates before the pandemic — work, she emphasized, that grew out of longstanding collaborations among governments, courts, legal aid organizations, advocates, tenants, and landlords. In Oregon, partnerships with local organizations proved crucial in educating tenants through door-to-door canvassing, engaging in culturally appropriate outreach efforts, and supporting legal aid efforts, reported Bell. Gym described how Philadelphia, once home to one of the highest eviction rates in the nation, reduced its eviction rate by more than two-thirds using a similar collaborative approach involving a network of city agencies, advocates, and the city court system.

Together, the panelists described unprecedented levels of state and local innovations to reform their local eviction systems. Driven by the pandemic emergency and funded through new federal and other sources, the success of many of these efforts has led to a shared recognition that the prepandemic systems did not serve landlords, tenants, or cities well. The wealth of new ideas the panelists presented offer new possibilities for significant and widespread eviction reform.