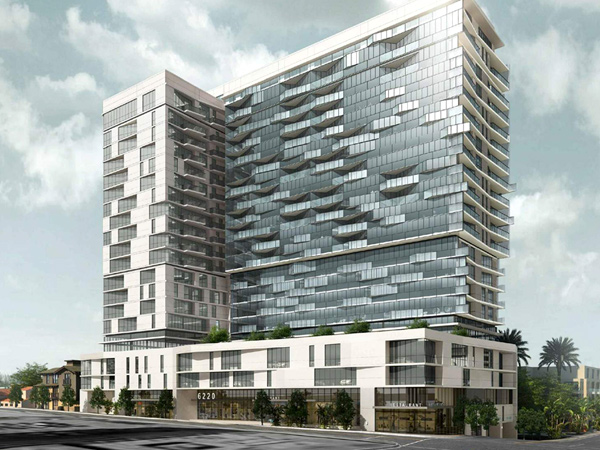 The redevelopment of the Yucca-Argyle site in Los Angeles replaced 40 rent-stabilized units built in the 1950s with 200 new apartments, including many affordable units. Credit: Togawa Smith Martin

Policymakers and researchers, over the course of decades, have developed numerous approaches to promoting housing affordability. However, Shane Phillips, housing initiative project manager at the University of California Los Angeles’ Lewis Center for Regional Policy Studies, argues that a myopic concentration on individual solutions overlooks the inevitable tradeoffs they incur and obscures their connection to the broader goals of housing policy. On October 13, 2020, the Smart Growth Network, together with the Maryland Department of Planning, hosted a webinar in which Phillips argued for overarching values to help planners and advocates better understand the potential downsides to specific strategies as well as ways to further the larger goal of ensuring that quality, stable, and affordable housing is equally available to everyone.

Phillips presented three pillars that he suggests should undergird affordable housing policymaking: supply, stability, and subsidy. Supply, Phillips says, means building enough homes. The two main aspects of supply are having enough physical units to house every household and scarcity, which he says gives landlords and sellers economic power over tenants and buyers. Ensuring an adequate housing supply stabilizes prices by allowing a well-functioning development sector to create new housing to meet demand. The supply strategy, however, cannot transform an already unaffordable city into an affordable one. One tension in the supply pillar is between the need to build lots of housing in lots of places while considering the impact on vulnerable or marginalized groups.

Stability, Philips’ second pillar, is based on the principle that people should not be forced from their homes “because they have the bad luck to live in a gentrifying neighborhood.” Policies intended to enhance housing stability for households vulnerable to this kind of displacement offer protections from rising rents and evictions. Although stability policy is helpful for protected households, Phillips states that it does not significantly improve housing stability regionwide or provide housing for those currently experiencing homelessness. For example, although rent control policies can protect some tenants from eviction, rent control applied to buildings that are too new or where the annual rent increase cap is too low can make building new housing infeasible for developers, hurting supply strategies.

Subsidy, the final pillar, is needed when supply and stability approaches are not adequate. Phillips notes that subsidy approaches are crucial for helping millions of families access housing they can afford, but these approaches currently are limited in scale; for example, most households eligible for housing choice vouchers do not receive them. In addition, the overall need to use subsidies is reduced when they are combined with greater housing production and increased stability protections. For effective subsidy programs, Phillips says, strategic spending is just as important as the type of spending. For example, certain tax policies can discourage needed new construction, whereas other tax policies might reduce speculation and increase housing production.

The consequence of tradeoffs, Phillips says, is that it is difficult to determine whether the benefits of individual undertakings outweigh the costs. As an example, Phillips cites the Yucca-Argyle redevelopment in Los Angeles, an effort to replace two apartment buildings constructed in the 1950s and consisting of 40 rent-stabilized units with 200 new apartments. Although enough units in the new development have rent controls to more than replace the 40 affordable units that were lost, Phillips points out that such projects must maintain a balance between the need to minimize the harm resulting from the displacement of current residents and the need to add units to a market that desperately needs more housing. Planners and policymakers, Phillips argues, would produce better and more just results if they considered both perspectives in their decisionmaking.

In the end, any approach that emphasizes increased development over tenant protection, or vice versa, will not produce the most good for the most people, says Phillips. A preferred scenario is one in which developers build more homes, which stabilizes area, rents, and the abundant housing that results obviates the need for rent control. At the same time, the need for enhanced displacement protections must be balanced against the need to ensure that for-profit development, crucial to reaching housing abundance, remains financially viable. This balancing act among the pillars of supply, stability, and subsidy, Phillip says, requires diligence, honesty, and thoughtful policymaking.