Building Codes: The Role They Can Play 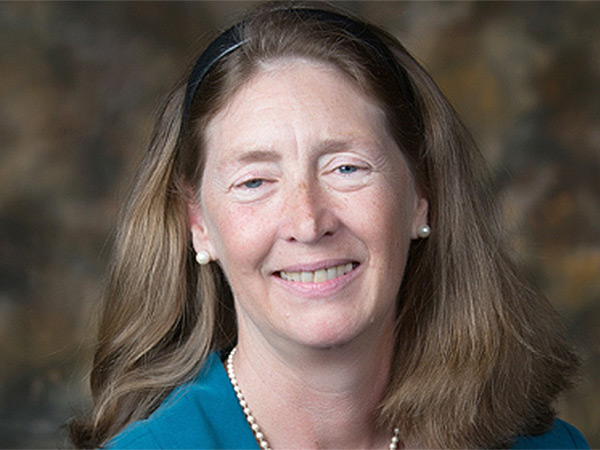 Elizabeth A. Cocke, Director of the Affordable Housing Research and Technology Division.

Many of us have heard building codes mentioned when discussing the built environment. Such references often take the form of, “The building code requires.…” Although the observation is likely correct, the person making the comment may have little actual knowledge of the building code or how it came to be. With that introduction, let’s look at building codes.

At their core, building codes reflect society’s expectation of how the design and construction of buildings should protect the public. There are parallels between building codes and other regulatory programs such as restaurant inspections, driver’s licensing, and occupational licensing. All these functions serve to protect the public in an increasingly complex world.

Two nongovernmental organizations have developed model codes: the International Code Council and the National Fire Protection Association. Although these organizations are similar, this article will focus on International Code Council products because they are more widely adopted. The federal government does not develop or control building codes, with one exception: HUD has a building code for the design and construction of manufactured housing. HUD’s Manufactured Home Construction and Safety Standards differ from the nongovernmental model codes in scope and administration.

The IRC addresses broad building planning issues such as design wind speeds, seismic requirements, climate zones, and room sizes as well as issues specific to construction such as nail spacing for roof sheathing. The IRC often includes tables that prescribe the use of a variety of construction materials, such as the permitted spans of lumber from different species (not all framing lumber has the same strength) and sizes under various design (expected) loads.

These building codes are often known as “model codes,” and are available for states and localities to adopt into ordinances governing construction, becoming the local building code. Model codes are developed through a public process by individuals with experience in code administration, design, construction, and product development. Code change proposals typically are submitted by code officials, product manufacturers, government agencies, builder organizations, engineering organizations, and the public. The proposals are assigned to technical committees for review, correlated among the various code documents to avoid conflicts, and considered at open hearings.

During the hearings, advocates typically address performance improvements, implementation challenges, and the cost of the changes, and the hearing committees try to balance those issues in their considerations. After a public review period of the proposals approved in the first hearings, a final round of voting occurs, and the approved code changes are published.

The Office of Policy Development and Research sponsored research resulting in the inclusion of code provisions for light gauge steel framing, insulating concrete forms, and structural insulated panels for residential construction. These three products were seen as alternatives to wood framing that had the greatest potential for widespread adoption. There are procedures for using products or processes in residential construction that are not discussed in the building code, but they generally require engineers or architects, as they have specialized knowledge of design. Such an approach typically increases the cost of the home, so it is not widely used.

When model codes are adopted by state or local legislatures, they become the “local” building code and can be enforced. Jurisdictions may choose to amend the code during adoption, although doing so may increase the local government’s regulatory burden because it will need to train staff and contractors on the locally developed portions. If every community in a region amended the code, the complexity of the construction process would increase for designers and builders, and those communities might become less desirable for businesses.

Model codes typically save money for the jurisdiction as well as the property owner. Builders and designers operating in multiple jurisdictions would need to understand the different requirements of each jurisdiction, increasing the complexity and cost of projects. Developing and maintaining a building code is a costly process, with great potential for the codes to become more out of date. Jurisdictions that write their own codes would have to bear the ongoing burden of maintaining, distributing, and updating them. Builders and designers would need to know these unique local code requirements. Accounting for the potential risks of not knowing the specifics of locally modified codes would raise design and construction costs.

Each jurisdiction manages code adoption according to their priorities and procedures. For example, Virginia adopts codes at the state level, and local jurisdictions implement and enforce the statewide code. In Maryland, counties adopt the codes. As new codes are published every three years, states elect when to adopt a newer version. Maryland has adopted the 2015 IRC, Virginia and the District of Columbia use the 2012 IRC, and other states may use older versions. Jurisdictions that continue to use older versions of codes may allow development of housing that does not perform as well as housing built to more modern codes.

The IRC provides tools builders can use without the need to engage engineers or architects by using “prescriptive” language. Prescriptive code provisions essentially say that if the builder uses a specific type of product in a specific way, design analysis is not required. For example, maximum stud spacing for the first floor of a two-story home is 16 inches for 2x4 studs and 24 inches for 2x6 studs. If “performance” language were used, the requirement might read, “The compressive stress in the framing lumber will not exceed 0.9 of the maximum allowable stress as shown in table,” which would require the designer to analyze the home to determine those stresses. Although performance language may provide additional flexibility for designers, it often increases project complexity and cost for many builders.

Extending the concept of performance, building codes do not preclude designers or builders from exceeding the code requirements or taking an innovative approach to design or construction. If an approach is not addressed in the codes, the code permits designers to demonstrate compliance with the performance requirements of the code and receive permission to use the alternative approach.

Building codes have provisions that reflect variations in climate or other local conditions. For example, homes built in South Florida could expect to experience higher wind loads (from tropical storms) and warmer weather. Those conditions would affect the insulation and window requirements of the design. Homes in mountain and northern areas would experience snow loads, deeper frost depths, and a need for greater levels of insulation. The community identifies those varying requirements that are not defined in the building code at the time of adoption.

Building codes focus on ensuring that a home or structure is safely constructed and satisfies minimum safety and habitability requirements. That may be different from a home that satisfies the needs of the residents. For example, the IRC requires every home to have one habitable room (a space for living, sleeping, eating, or cooking) that is at least 120 square feet, and the other habitable rooms must be at least 70 square feet, except for kitchens. Most families would find those rooms far too small.

Once a building is constructed, owners generally are not required to update the building as the code changes. Renovations and other updates to the building, however, typically must comply with the current local building code. During the service life of a building, different portions of the structure may have been built to different building codes.

Building codes help ensure the performance and safety of buildings in a community. They serve as the foundation of the construction process so that buildings can safely serve their occupants, the owners, and the community at large.