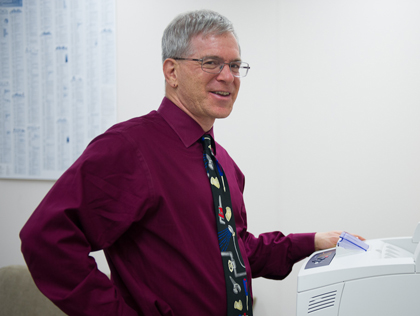 Adopting and enforcing building and land use codes are among the primary functions of local governments. Having good codes can be literally a matter of life and death; poor codes can lead to unacceptable social and economic consequences. Three recent events have driven these lessons home.

On November 30, 2018, an earthquake of magnitude 7.0 struck the Anchorage area. There was minimal damage to private property and, amazingly, nobody died.

The people of Anchorage weren’t just lucky — they learned the hard way. In 1964, the second-largest earthquake ever observed (magnitude 9.2) hit Alaska near Anchorage, killing 131 people. The city’s leaders resolved not to allow such destruction to recur. The city’s success at withstanding the latest huge shock can be attributed to the strong building codes adopted after 1964 as well as the fact that most structures in that area were built under those new codes — the city’s population has increased by more than 500 percent since 1964.

Two dangers can arise from the horizontal movement caused by an earthquake: 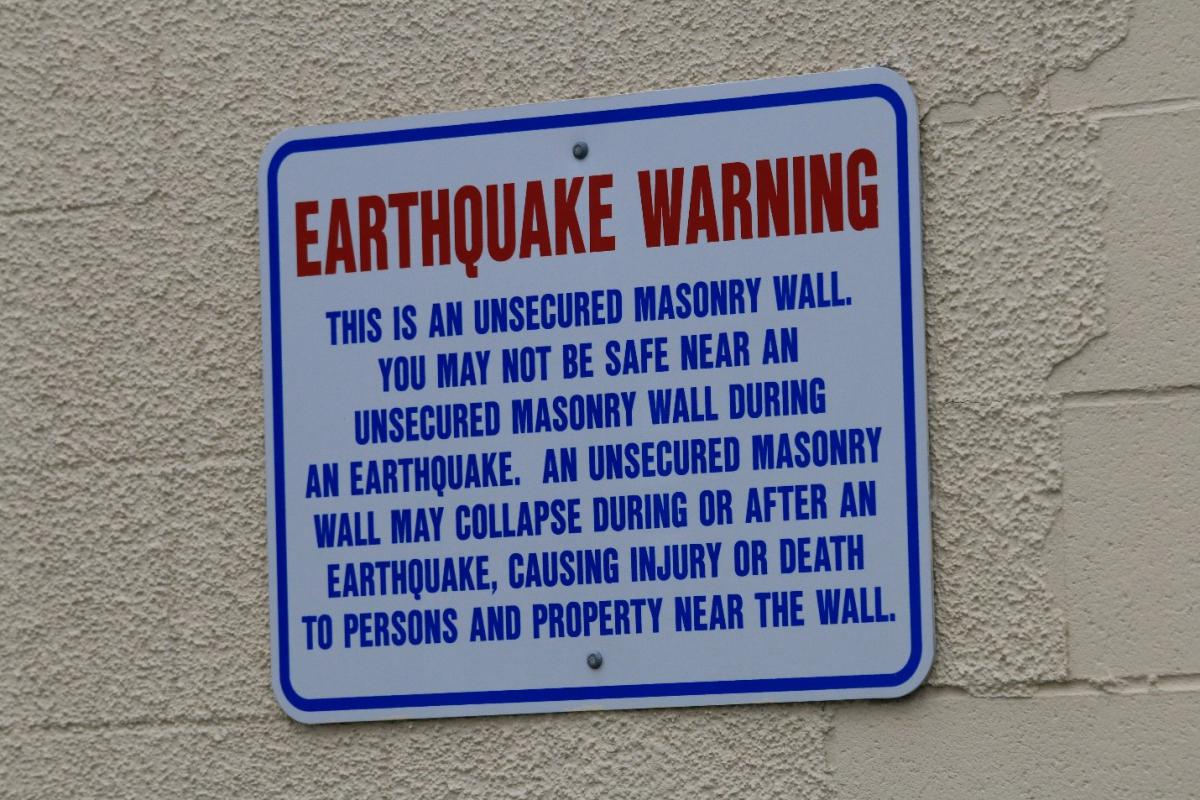 A notice observed on a wall adjacent to a parking lot in Anchorage.

A home that is compliant with an earthquake code will be securely anchored to its foundation, typically with bolts that firmly connect the walls to the foundation.

Land Use and Zoning Codes: A Lesson From Minneapolis

American land-use ordinances usually try to promote the quality of life of residents, but many of them continue to reflect goals that residents might have had in the 1920s, when most local ordinances were first enacted. Those goals might have included having backyards, eliminating noise from industrial neighbors and public transit, and perhaps reducing the probability of having neighbors who were members of racial and ethnic minority groups. The city of Minneapolis, for example, “has a long history going back 100 years of redlining and intentional segregation,” states Mayor Jacob Frey. “We literally have maps at the city that identify north Minneapolis as a slum for blacks and Jews.”

Requirements such as single-family zoning that limit the number of housing units per acre can also lead to unfortunate long-term economic consequences. These requirements will necessarily reduce the amount of available housing within the city’s boundaries. As employment in the city grows, the cost of the housing stock will rise. Families priced out of the city’s housing markets will power suburban growth, and if that growth is also in low-density residential tracts, the metropolitan area will sprawl. With continued growth, commercial and industrial enterprises will follow their workers and customers to the suburbs, endangering the tax base of the center city.

In Minneapolis, a new comprehensive plan set out to abolish low-density zoning citywide, allowing for the construction of up to three units on all lots currently zoned single-family. Jenny Schuetz of the Brookings Institution writes that the approved plan “would change the allowed residential uses on roughly half the city’s land…. [I]ntegrating duplexes and triplexes into low-density residential neighborhoods could create more opportunities for low and moderate-income families with children who prefer larger apartments and prioritize neighborhood safety and school quality.” 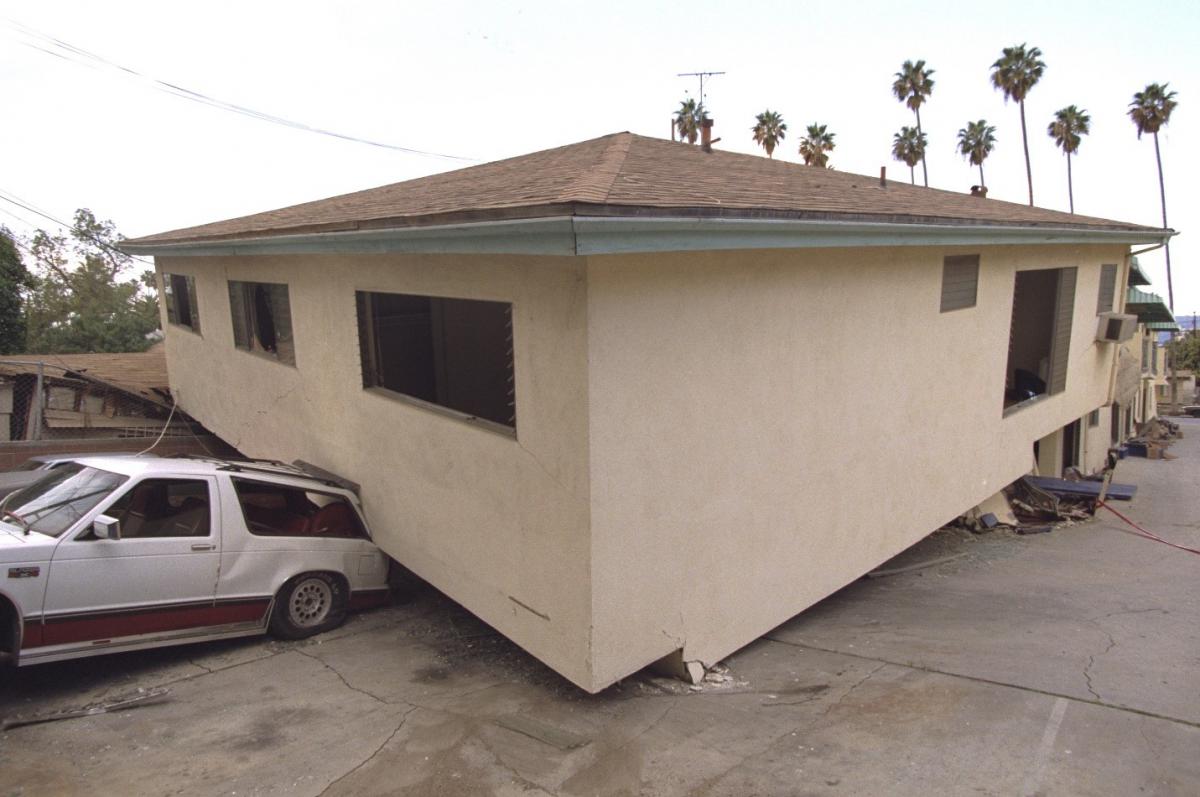 A “soft story” failure in the Los Angeles area from the 1994 Northridge Earthquake. This was a two story apartment building. Credit: FEMA

Land Use and Zoning Codes: A Lesson From San Francisco

For decades, parking requirements have been a contentious issue in the planning community. In keeping with 1920s aspirations, many American neighborhoods have planning requirements that assume that every adult resident will own a car, and, because on-street parking could never accommodate that many cars, that every residence must have access to one or more off-street parking spaces.

It would be a nuisance to current residents if occupants of the new units took up the on-street spaces they are accustomed to using, but requiring one or more parking spaces per unit increases the cost of construction substantially — each space in a parking structure typically adds five figures. In San Francisco, for example, the cost to build parking in 2012 (not counting the cost of land) was an average of $29,000 per space above ground and $38,000 below ground.

As a result, a parking requirement raises the cost of every new unit that is built and may prevent some units from being built, reducing the availability of housing and raising its price everywhere in the city. When transit, ride sharing, bicycling, and pedestrian alternatives are present, these barriers to new affordable housing may no longer be justified.

In 2018, San Francisco became the nation’s first major city to remove minimum parking requirements for new building construction. The City Planning Department concluded, “Our parking requirements fail to recognize that many parts of San Francisco work well precisely because they support a lifestyle less dependent on cars. Many places were built before the advent of the automobile, are easily accessible on foot and by transit, and have a variety of neighborhood-serving shops within an easy walk of home. They rely on a critical mass of people and activity in close proximity, providing access to a wide variety of goods and services close by. If we can revise our parking requirements to build on these urban qualities, new development can add to the character of our city, rather than detract from it.”

Adoption of the new ordinance was not unanimous, with some city supervisors objecting that their own districts were too ill-served by transit to abolish the parking requirement. As with earthquake and zoning codes, changes in parking requirements may never be uncontroversial, but modernization and reform of regulation will always be part of the duties of an effective local government.

See: Richard Rothstein. 2017. The Color of Law: A Forgotten History of How Our Government Segregated America. New York: Liveright..