Why Housing Matters for Successful Reentry and Public Safety 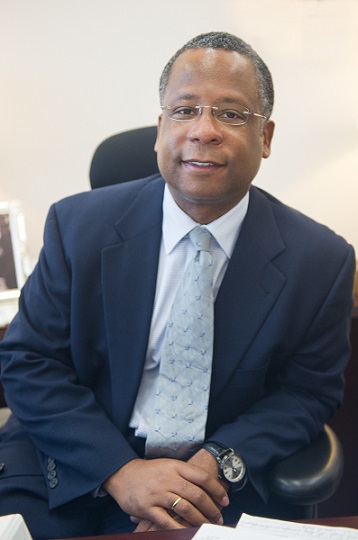 Calvin Johnson, Deputy Assistant Secretary for the Office of Research, Evaluation, and Monitoring.

April is National Fair Housing Month, the month we celebrate the passage of the Fair Housing Act on April 11, 1968, and its ongoing effort to ameliorate the inequities caused by discrimination in the sale, rental, and financing of housing. April is also the month that President Biden proclaimed as Second Chance Month on March 31, 2022, asserting “the importance of helping people who were formerly incarcerated reenter society.” Designating April as Second Chance Month aligns efforts to address housing discrimination with efforts to remove barriers to safe and affordable housing for returning citizens. Overcoming these challenges to housing is important for returning citizens, their families, and their communities.

Throughout April, we acknowledge the collateral consequences of juvenile and criminal justice involvement and spotlight the efforts of governments, nonprofits, the advocacy community, stakeholder groups, family and friends of returning citizens, and returning citizens themselves in designing and informing the design of programs and policies that support successful reentry. One such effort was initiated last week by HUD Secretary Marcia Fudge. Secretary Fudge directed her principal leadership to conduct a comprehensive review of HUD regulations, guidance, and policy documents that mention the use of criminal records in tenant screening, selection, and tenancy decisions. The review will propose changes to language to help housing providers avoid the overly broad use of criminal records in denying or excluding people from HUD-assisted housing and make appropriate changes based on those recommendations and review of federal statutes.

Second Chance Month also recognizes our collective efforts to ensure that returning citizens are given an opportunity to be successful in their communities. We take note of America’s history of mass incarceration (the United States has the highest incarceration rate of any country), the disproportionate impact of this practice on poor communities and communities of color, and the ongoing challenge of developing policies that both slow the rate of entries into our jails and prisons and support returning citizens in remaining in their communities upon their release. In this context, housing is an important tool for increasing public safety and connecting individuals to services associated with successful reentry (e.g., employment, health and wellness, and other social services). These services can be especially vital as returning citizens are transitioning back into the community immediately following a jail or prison sentence.

Each year, between 600,000 and 650,000 people are released from state and federal prisons, according to the Bureau of Justice Statistics. The challenges returning citizens face as they try to piece together their lives outside prison walls are complicated by their inability to secure safe and affordable housing and begin the process of connecting to needed services and support systems. Without safe and affordable housing and connection to services, returning citizens are at increased risk of having their period of supervision revoked either for a technical violation or new arrest (BJA, 2022). The literature is consistent in indicating that successful reentry requires interventions to address health (including physical, behavioral, and mental health), employment or skill development, and housing (including housing with supportive services) (Zhang et al., 2019). Further, the interconnectedness of health, employment, and housing as part of the reentry process (Link, Ward, and Stansfield, 2019) requires intentionality with respect to policy and program development. Indeed, many returning citizens do reenter successfully. And returning citizens who are more likely to have a successful reentry are housed and connected to services that address their health care needs, as well as other service delivery needs like employment or skill-building programs (BJS, 2022 and Vera Institute, 2016).

With an estimated 580,000 homeless individuals, many of whom have a history of criminal justice contact, current policies and practices that revert to “broken windows” approaches enforcing “quality of life” and nuisance ordinances will only exacerbate this social problem. Black and brown individuals are disproportionately represented among the homeless population, even among those who are formerly incarcerated.

Housing is a key predictor of successful community reentry (Burrowes, 2019). Returning citizens for whom safe and affordable housing is inaccessible often experience a downward spiral immediately following release from incarceration that increases the risk of recidivism. Without housing, accessing much-needed social services and health services is extremely challenging. Safe and affordable housing serves as a protective factor by removing the search for housing as a primary need and therefore facilitating access to other needed services. If housing is a protective factor that reduces recidivism, then housing is an aspect of public safety.

With access to safe and affordable housing, returning citizens can reunify with family members willing to support implementation of a reentry plan, engage in employment services or maintain their employment, participate in behavioral health services, and better manage their physical and mental well-being (BJA, 2022). There is a growing body of evidence highlighting the importance of well-structured housing interventions plus supportive services in increasing the likelihood of successful reentry. In the table below, I summarize a selection of such interventions, focusing on those operated by or in partnership with a public housing authority or other housing providers.

As we participate in activities this month commemorating the Fair Housing Act and celebrating collective efforts to ameliorate discrimination in the housing market, we must continue to lift up the work of governments, nonprofits, the advocacy community, stakeholder groups, family and friends of returning citizens, and returning citizens themselves in ensuring that people leaving jails and prisons are afforded housing protections that support their successful reentry. That is Second Chance.