HUD and the United Nations 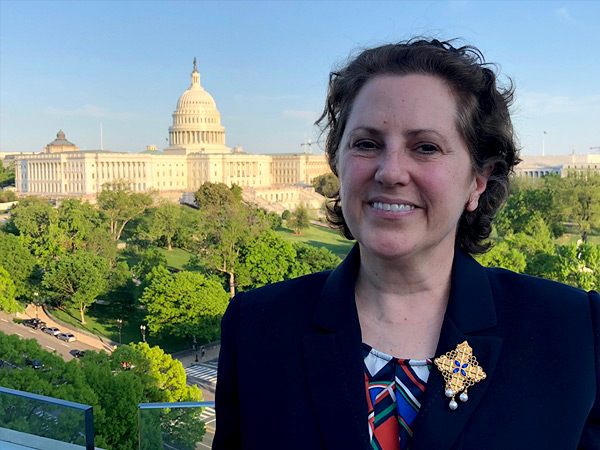 March was a very busy month for the International and Philanthropic Affairs Division (IPAD). HUD is fully engaged in work with the United Nations (UN). All the division’s engagement with UN organizations is coordinated through the State Department.

We are currently preparing for the biennial World Urban Forum (WUF), to be held June 26–30, 2022, in Katowice, Poland. WUF, the world’s premier conference on urban issues, was established by the UN in 2001 to examine one of the most pressing issues facing the world today: rapid urbanization and its impact on communities, cities, economies, climate change, and policies. Organized and convened by UN-Habitat, WUF has become one of the most well-attended international gatherings for exchanging views and experiences on urban challenges. HUD sends a small delegation to WUF along with the U.S. Department of State (State Department), the U.S. Agency for International Development, and other federal agencies. The previous WUF was held in February 2020 in Abu Dhabi, United Arab Emirates. The former assistant secretary for HUD’s Office of Policy Development and Research (PD&R) headed the U.S. delegation.

IPAD assists the State Department on the UN-Habitat Executive Board. We advise the permanent delegation assigned to the U.S. Mission in Nairobi, Kenya. Katie Marinari, program analyst for International and Philanthropic Affairs at HUD, and I attended the UN-Habitat Executive Board biannual meeting, which was held virtually on March 29–31, 2022. This meeting discussed the upcoming High-Level Meeting on the Implementation of the New Urban Agenda, which was held in late April 2022 at UN headquarters in New York City. The Executive Board meeting also focused on the upcoming WUF. Numerous member states at the meeting expressed support for Ukraine, including the U.S. delegation, which was led by the State Department’s U.S. Mission to the United Nations.

HUD also has a role in the UN Human Rights Council. IPAD, along with the Office of Fair Housing and Equal Opportunity (FHEO), worked on a final draft for UNHRC 49: Spatial Segregation and the Right to Adequate Housing. HUD also provided comments to an interactive dialogue with the Special Rapporteur on Adequate Housing, Balakrishnan Rajagopal, which included a statement by the U.S. delegation at the 49th regular session of the UN Human Rights Council on March 16, 2022. FHEO and IPAD are assisting representatives from the State Department as they prepare for the Committee on the Elimination of Racial Discrimination (CERD) report. The CERD session is scheduled for August 8–30, 2022. U.S. attendance at this session is part of the nation’s renewed membership in the UN Human Rights Council in 2021. FHEO will represent HUD at the CERD session, which will be preceded by a series of meetings and consultations with civil society.

HUD also participates in the UN Economic Commission for Europe (UNECE). UNECE has 56 member states in Europe, North America, and Asia and promotes pan-European economic integration. At the request of the State Department, IPAD coordinates membership and exchanges of information and research for the UNECE Committee on Urban Development, Housing, and Land Management. The committee’s work focuses on the social dimension of sustainable housing to address housing affordability, social housing, and low-cost housing. IPAD worked with the U.S. Mission to the United Nations and Other International Organizations in Geneva to find a U.S. mayor to represent the United States at the upcoming annual UNECE Forum of Mayors, to be held in Geneva and virtually on April 4 and 5, 2022. Mayor Michelle Wu of Boston will represent the United States at the forum.

Finally, we have been assisting the Commission on Science and Technology for Development, a subsidiary body of the UN Economic and Social Council, with an upcoming session. Calvin Johnson, deputy assistant secretary of PD&R’s Office of Research, Evaluation, and Monitoring, spoke on behalf of the United States at the 25th session of the Commission on Science and Technology for Development. The session focused on technology and innovation for sustainable urban development in a postpandemic world. The session took place virtually on March 30, 2022. Johnson focused on a report to the Secretary General, “Applying Science, Technology and Innovation to Sustainable Urban Development.” He shared HUD’s research in progress in the areas of housing (including 3D concrete printing) and protection against natural disasters (including digitization of operations and manufacturing processes). Of note, Johnson highlighted HUD’s work in urban digital transformation in his discussion of the report to the Secretary General.

In his remarks, Johnson said, “HUD is undertaking a process for estimating the cost to provide improved broadband access within HUD-assisted households to further digital equity and inclusiveness as well as further those skillsets needed for urban digital transformation. Along with research efforts to understand the need for and strategies to increase access to digital equity in low-income communities, we will be assessing the needs of special populations (e.g., residents in HUD-assisted, senior-designated housing and households with school-age children) as well as residents in rural communities and Indigenous communities of American Indians, Alaska Natives, and Hawaiian Natives.”