Current Thinking About Aging in Place 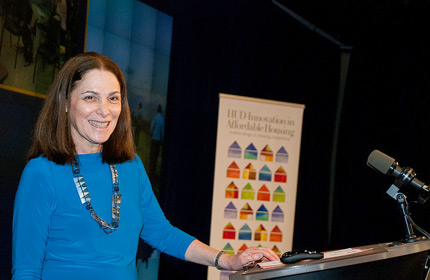 Choosing a granite counter top or improving accessibility is a common remodeling question for people under 65 to consider when investing in their home, per participants at a webinar hosted by the Joint Center for Housing at Harvard University on April 12, 2017. Typically, the countertop wins. But as Jennifer Molinsky, senior research associate at the Joint Center, reminds us, we are all aging, and we may need accessible homes one day ourselves. She noted that by 2035, the number of U.S. households headed by someone aged 65 or older will increase by 66 percent to almost 50 million, or one in three households. At the same time, these trends will create additional stress on the housing market when the following conditions prevail: a decline in the use of nursing homes, an increase in the population doubling up with relatives, median incomes that decline with age, an increase in the number of older households carrying mortgage debt, and a sharp expected rise in the number of low-income households by 2035. The convergence of these trends is expected to exacerbate the affordability and housing supply problems facing the 65+ population.

Although most low-income people want to age in place, many low-income renters cannot cover the cost of in-home care, forcing seniors needing care to move to nursing homes and increasing their cost burdens. Therefore, according to the Joint Center for Housing publication “Projections and Implications for Housing a Growing Population: Older Households 2015–2035,” we must increase the supply of accessible affordable housing, increase housing options in communities, and loosen regulations. Over the next two decades, the report notes, these households will need to focus on making “informed choices about living situations and locations, investments in home modifications, and care — before physical or financial needs become pressing.”

States have created initiatives to cope with aging in place, such as Vermont’s Support and Services at Home (SASH) program, in which the resources of social service agencies, community health providers, and nonprofit housing organizations are coordinated to support seniors and individuals with special needs living independently at home. SASH provides onsite support with a wellness nurse and a care coordinator providing health and wellness assessment, money management, health coaching, crisis help, and support for medication self-management.

The Institute on Aging’s Baltimore Longitudinal Study of Aging (BLSA) is America's longest-running scientific study of human aging. It began in 1958, when gerontology — the study of aging — was still very much in its infancy. The study has generated thousands of scientific papers and made major contributions to researchers’ understanding of what it means to get older. Although there is still much to learn, we can draw two major conclusions from the BLSA data. First, the changes that occur with aging do not inevitably lead to diseases such as diabetes, hypertension, or dementia. A number of disorders that typically occur in old age are the result of disease processes, not normal aging. Second, no single, chronological timetable of human aging exists. We all age differently. In fact, there are more differences in change and development among older people than among younger people. Genetics, lifestyle, and disease processes all affect the rate of aging.

It is estimated that more than half of senior adults live in low-density rural areas. These environments create special problems for transportation and housing markets. But, whether in urban or rural areas, seniors can experience similar levels of isolation and housing inaccessibility. So, although we remain concerned about meeting the housing needs of millennials, we also need to pay attention to the special needs and housing market impacts of the aging population.