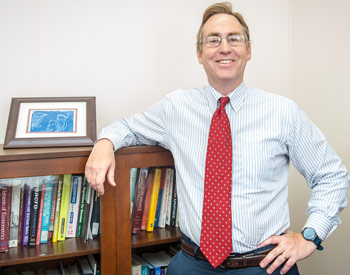 In November 2015, HUD proposed a smoke-free regulation that would require public housing agencies (PHAs) to implement, within 18 months of the effective date of the final rule, a policy that all PHA-owned indoor areas and all areas within 25 feet of public housing be free from lit tobacco products. Residents may continue to smoke but must do so in designated areas. The proposed rule does not prohibit electronic cigarettes or waterpipe tobacco smoking but requested public comment on whether they should be included in the ban. If successful, the rule will eliminate public housing residents’ exposure to secondhand smoke (SHS) while at home, eliminate any adverse effects of smoking on the property, and implement uniform requirements to ensure that all public housing residents are equally protected.

Smoking can have profound financial impacts on PHAs. Currently, PHAs incur maintenance and rehabilitation expenses from damage caused by tobacco smoke. A PHA interviewed by HUD priced the turnover cost savings from smoke-free policy at $700 for a three-bedroom unit. Catastrophic fires are another risk of smoking indoors. Fires attributable to smoking comprise 6 percent of all fires in multiunit housing, and the damages are disproportionately large: 15 percent of all property damage, 31 percent of all civilian deaths, and 11 percent of all civilian injuries.

Nonsmokers bear the brunt of external costs associated with smoking. Exposure to SHS causes and exacerbates serious health problems. There are approximately 2.2 million residents of public housing across the United States, and approximately two-thirds of adult residents in federally subsidized housing are nonsmokers. Studies have shown that SHS can travel from hallways into apartments and between neighboring units. Controlling for socioeconomic variables, a child’s exposure to tobacco smoke is greater in multiunit housing than in attached or single-family homes. Such evidence of a negative externality in multiunit housing is a compelling reason for a smoke-free housing policy, especially because smoking rates are higher among low-income individuals.

The rule benefits both PHAs and tenants of PHAs. PHAs will benefit from reduced property damage, which is monetized by the additional costs required to remediate secondhand smoke damage. Both tenants and PHAs will gain from a lower risk of fire. Many nonsmoking tenants will experience health benefits through reduced exposure to SHS. The aggregate benefit to nonsmokers in the form of direct health benefits varies substantially depending on the discount factor (the rate at which we value the future relative to the present), with upper-bound benefits estimates ranging from $148 to $447 million with a 3 percent discount rate or from $70 to $137 million with a 7 percent discount rate.

Another major impact of the proposed rule is its impact on smokers’ happiness. Every cigarette will become costlier because smokers who choose not to quit (with or without the help of cessation medication) or who switch to noncombustible tobacco products, tobacco or nicotine cessation devices, snus, electronic delivery devices, or noncombustible tobacco products have to leave their units to smoke. The inconvenience cost can be measured by the opportunity cost of leisure time devoted to traveling to a smoking designated area and the time spent at the smoker-designated areas. HUD estimates the burden on smokers of complying with smoke-free policies to be $209 million. However, the health benefits to smokers who choose to stop or reduce consumption may be extensive. The proposed rule does not require smokers to change their smoking behavior, and potential health benefits to smokers were therefore not included in the official economic analysis.

The PHAs’ and tenants’ costs of complying with the smoke-free policy are not insignificant. The costs of implementing the rule will include learning, administrative, legal, and enforcement costs. Because HUD guidance on these subjects already exists, the initial learning costs are not expected to be significant. The most significant burdens on PHAs therefore depend on the method of enforcement chosen by the PHA. If a PHA hires someone whose sole job is to administer the smoke-free policy, then the rule will present significant opportunity costs as money is shifted from other PHA priorities to pay for the new staff member. For this reason, PHAs are more likely to rely on self-monitoring by tenants. An unavoidable cost, however, is dealing with repeat offenders. Eviction costs in the aggregate could range as high as $2.2 million for repeat offenders, and recurring notification costs could be $1 million.

In January 2016, HUD received all public comments related to the rule. HUD asked for specific feedback on issues such as enforcement of the proposed rule, external partnerships that could help with the implementation of the proposed rule, tips and suggestions from PHAs that have already implemented smoke-free policies, and questions regarding the economic analysis. Commenters submitted 1,071 comments on the proposed rule and are visible at regulations.gov. HUD received comments from a wide range of commenters: individuals (including public housing residents); PHAs; public health organizations, including government health agencies; builders associations; public housing interest groups; homeless interest groups; mental health advocates; and legal services organizations. Some commenters found that HUD underestimated the benefits of the proposed rule and overestimated the costs. Specifically, HUD calculates aggregate annual opportunity cost as being too great, as well as smoker inconvenience cost. The commenters also wrote that the analysis does not include an evaluation of the potential benefits to smokers and does not place enough emphasis on the benefits to children’s health. HUD is in the process of reviewing all of the submitted comments, and a final rule is expected by August 2016.

U.S. Department of Housing and Urban Development. 2014. “Change Is in the Air: An Action Guide for Establishing Smoke-Free Public Housing and Multifamily Properties.”