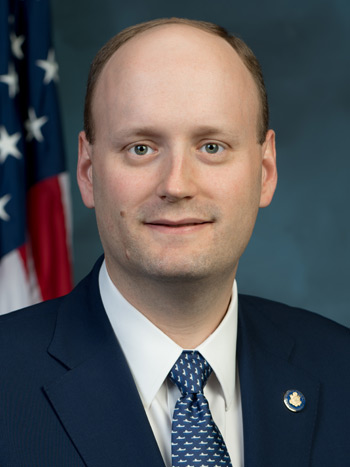 As I write this, it has been less than two weeks since June 28, when I was sworn in by Secretary Ben Carson as the 16th Assistant Secretary of the Office of Policy Development and Research (PD&R). Like any new job there is a learning curve, but I am honored to serve in this post and excited to get to work with the help of the PD&R team. As I moved through the Senate confirmation process, I had the opportunity to seek advice from several of the Assistant Secretaries who preceded me. They all said one thing: PD&R has talented, high-performing employees who produce an enormous amount of quality work. While not the normal timeframe in which we would conduct an evaluation, my ten days on the job leads me to wholeheartedly share their sentiment. I look forward to continuing PD&R’s long tradition of using data, research, and expertise to inform policy discussions about our nation’s housing and community development challenges.

Although I am new to PD&R, I am not new to HUD. Before joining PD&R, I served as Associate Deputy Secretary to Acting Deputy Secretary Brian Montgomery and, before that, as Acting Assistant Secretary and then General Deputy Assistant Secretary in HUD’s Congressional and Intergovernmental Relations office. Before joining HUD in July 2017, I worked in the U.S. House of Representatives for 13 years, including 8 years as Chief of Staff to Congressman Blaine Luetkemeyer of Missouri. Congressman Luetkemeyer served as chairman of the Housing and Insurance Subcommittee, which gave me broad exposure to how housing policies impact Americans living in urban, suburban, and rural areas. One of the highlights of my tenure on the Hill was working on the Housing Opportunity Through Modernization Act of 2016, which passed the House and Senate unanimously before being signed into law.

My work at HUD and on Capitol Hill has given me the opportunity to hit the ground running at PD&R. In addition to keeping PD&R firing on all cylinders for all of the great work that it does every day (see the recently published PD&R Biennial Report for 2017 and 2018 here), I have several policy priorities to which I will be committing a good deal of my time:

I look forward to working with the entire PD&R team, the research community, and the practitioners nationwide who work every day to improve America’s communities and provide housing opportunities for all Americans. Thanks for reading and for your interest in our work.