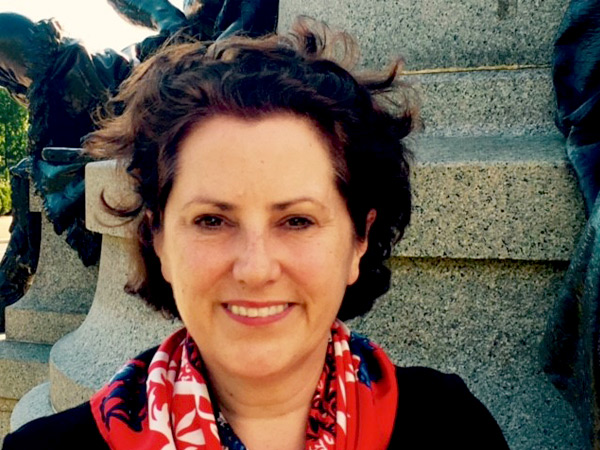 In the United States, we have seen a resurgence of urban city centers where old structures are reconfigured for new purposes. Old churches are turned into condominiums, old banks into restaurants, and old markets into modern-day grocery stores. It’s a trend I find fascinating. One excellent example of repurposing an old structure to meet modern-day needs is our embassy in Rome, a vibrant and robust city, full of history with buildings hundreds of years old that are still in daily use.

Following World War II, the U.S. embassy needed to expand, so the United States purchased a building from the Italian government in 1946 as part of an Army surplus swap that included vehicles and other equipment. It turned out to be a very good deal.

The grounds on which the U.S. Embassy is located, now known as the Palazzo Margherita, has a colorful history. The plot of land belonged to the Roman historian Gaius Sallustus Crispus and was in use as a summer house with vast gardens from the first century A.D. to the early fifth century. In 1886, the Boncompagni Ludovisi family purchased the land and built the current structure. They stayed in the home for only about 10 years before being forced to sell it because of financial difficulties. King Victor Emmanuel III purchased the property for his newly widowed mother, Queen Margherita, and the palace was renamed Palazzo Margherita in her honor. She lived in the palace from 1901 to her death in 1926. Legend has it the famous pizza is named after her.

After her death, the palace was turned into office space for the Mussolini government’s National Fascist Confederation of Farmers. In the main hallway, Mussolini installed marble panels with rousing declarations for the workers. When the Americans took possession of the building, they covered up the panels but did install hidden doors so visitors could open them and view the quotes.

The embassy also houses the Venus by Gianbologna (c. 1583), the only work in Rome of the 16th century sculptor, whose sculptures are located mostly in Florence. He is considered one of the greatest master sculptors in history. The Venus came with the Embassy, as did all the furnishings. The sculpture, assumed to be a plaster copy, was tucked away in a niche in the grand stairway entrance until the late 1950s, when an art scholar looked up and noticed that there could be a masterpiece in the building. The Venus stayed in that niche until 1992, when a benefactor paid to build scaffolding and finally brought the sculpture down for the world to see. It turned out to be one of the greatest pieces of art in Italy. The Italian government fought hard to have the sculpture returned because at the time it sold the property, it was unaware that a masterpiece was hidden in plain sight in the building. Although the U.S. government did not return the Venus, it did agree to place the sculpture in the main entrance, visible from the street through a window so that passersby could see it.

Also located on the property under an adjacent modern-day building are underground passageways that were used by the Romans. The former Roman residence included a vineyard, and the workers would use the underground tunnels as a place to cool off and store wine. There are 2,000-year-old Roman Imperial fresco paintings in the tunnels that were preserved in the late 1990s.

Careful planning was needed to introduce modern mechanical, electrical, and plumbing systems as well as state-of-the-art communications and required security features while preserving the building’s historic significance. Successive upgrades have taken place since the U.S. government acquired the building, and no doubt more will be needed in the future.

The U.S. Embassy in Rome is part of the Secretary of State’s Register of Culturally Significant Property. The State Department owns or leases more than 3,500 properties in 265 posts around the world. Some of the buildings are historically significant. A full list can be found here. Almost all these buildings were built for other purposes but now house working office space or residences for our U.S. ambassadors.