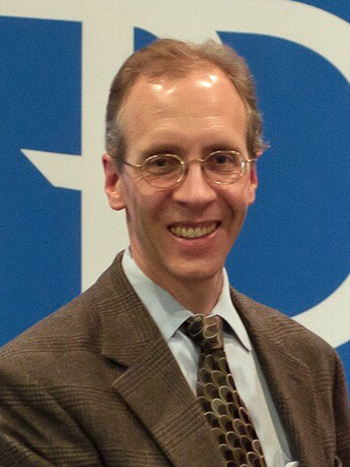 Over my two decades with HUD’s Office of Policy Development and Research (PD&R), opportunities for international travel have been scarce. This year brought a welcome exception when organizers of the Penn/Oxford Symposium on Housing Affordability in the Advanced Economies accepted my proposal to present recent in-house research. The paper examined three alternative methods for measuring household-level housing affordability problems that we validated by estimating their association with food insecurity.

The Penn/Oxford Symposium, organized by Vincent Reina of the University of Pennsylvania and Peter Kemp of the University of Oxford, was held in the charming, walkable city of Oxford, England. Oxford is approximately one hour by train from London’s Paddington station. The 21 researchers in attendance drew from the United States, the United Kingdom, the Netherlands, and Poland. As the sole government employee at the table, I needed considerable concentration to track the academic discussion — especially after the a red-eye flight from Washington, DC. (Cultural note: “red-eye” evidently is not a widely understood term in England!)

The symposium comprised four sessions of three papers each. The first session framed the issue of housing affordability problems in developed economies by describing the nature, measurement, and prevalence of housing affordability problems in an international context. For the member countries of the Organisation for Economic Co-operation and Development, real house prices in 2016 averaged 24 percent higher than in 2000, but the rate of change varies widely among these nations. For renters earning incomes in the lowest quintile, the average housing cost burden reaches 50 percent in the United States, exceeding the rates of 42 percent in the United Kingdom, where social housing is more prevalent, and 24 percent in Poland, where real housing costs have declined in recent years.

The symposium’s second session examined the micro- and macroeconomic implications of a lack of housing affordability, including neighborhood change, quality-of-life impacts, and eviction. The next morning, a third session addressed government subsidy programs to promote affordability, and the final session examined nonsubsidy policy responses at local, regional, and national levels.

The PD&R paper contributed to the framing session by showing that there are several alternatives for measuring housing affordability problems with the American Housing Survey and by assessing the validity of the presumed relationship between housing affordability problems and material deprivation as measured by food insecurity. The first measure of housing affordability problems is a conventional measure of housing cost burden; the second is a measure of residual income, which recognizes that the impact of proportional cost burdens varies depending on actual household income levels; and the third extends a measure of shelter poverty by comparing residual income with an estimate of a household’s nonshelter expenditure needs based on the Supplemental Poverty Measure with adjustments for family size. We validated these metrics by demonstrating that even after controlling for household characteristics, each metric has a clear association with moderate or severe food insecurity among adults. Further controlling for the in-kind income of federal food assistance subsidies does not affect these associations. In addition, the more sophisticated measures of residual income and shelter poverty are slightly better than the cost burden ratio at predicting which households have food insecurity.

The final symposium session about nonsubsidy policy responses provided an intriguing look at how the significant differences in the land use planning context of the United Kingdom and the United States affect their affordable housing challenges. As part of a postwar reconstruction strategy in 1947, the United Kingdom nationalized planning authority, restricting any inherent right of private landowners to build. The 1990 reauthorization of the Town and Country Planning Act effectively asserted public ownership and regulatory authority over all significant construction or demolition decisions by private landowners. The Planning Act and the subsequent Planning and Compulsory Purchase Act 2004 have empowered local planning authorities both to collaborate with developers and to negotiate terms to offset the external effects of development or contribute to the production of social housing. The process is tied to a national Housing Delivery Test that tracks whether local authorities are meeting housing production needs. One symposium presenter observed, however, that the collaborations and negotiations used to achieve such goals are often highly specialized, opaque, and not readily susceptible to democratic accountability.

In the U.S. federal system, the Constitution grants state governments authority over land use, and states may selectively empower local governments through Dillon’s Rule. The Constitution also protects property owners from having the government seize their land without compensation. The resulting combination of strong property rights, decentralized and limited planning authority, and local NIMBY (Not in My Back Yard) influences creates a complex situation that may include regulatory barriers to housing affordability. The inclusionary zoning ordinances that many cities have enacted as a partial solution typically offer incentives for developers to produce more affordable units and do not give planners discretion to negotiate to the extent available in the United Kingdom.

During the coming year, HUD will engage with the White House Council on Eliminating Barriers to Affordable Housing Development, which is chaired by Secretary Ben Carson and includes representatives from multiple federal agencies. As the council solicits input from state, federal, and tribal governments; the private sector; and the general public, it may find value in bringing international perspectives and practices to bear within the American context for land use planning.