Historic Fort Restored for Use as Affordable Housing in Des Moines, Iowa 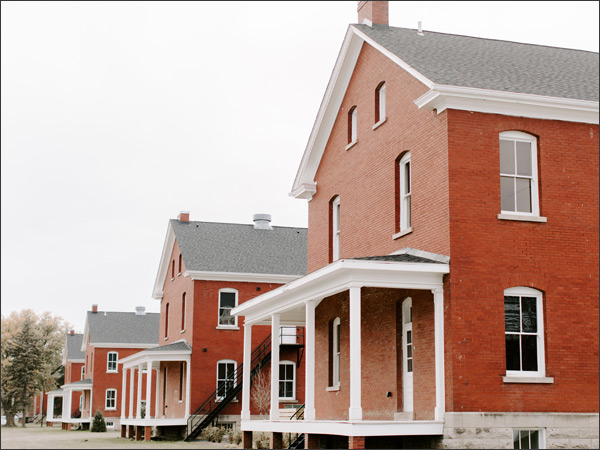 Opened in the fall of 2018 after an extensive renovation, the Fort Des Moines Living Apartments provide 142 units of affordable housing in 10 restored barracks and stables of the historic Fort Des Moines. Credit: Blackbird Investments

The Fort Des Moines Living Apartments, a 142-unit affordable housing development in the Southside area of Des Moines, Iowa, opened in 2018. Established as a U.S. Army post in the early 1900s, Fort Des Moines served as the home of the first Women’s Army Auxiliary Corps and was the first site in the country to train and commission African-American soldiers as Army officers. After World War II, most of the site’s 640 acres were sold to the city government, and over the years the land has been redeveloped into amenities such as the Blank Park Zoo, Fort Des Moines Park, and the Des Moines South Medical Campus. In 1974, the land containing the remaining historic buildings was added to the National Register of Historic Places. In 2013, Des Moines-based developer Blackbird Investments began an intensive 5-year historic renovation project to bring 10 of the fort’s original buildings back into use as affordable housing.

Fort Des Moines Living Apartments consists of 10 stately red brick buildings on a 13-acre parcel that is part of the designated historic site. Three of the buildings were once stables serving the cavalry units originally posted at the fort, and seven served as barracks. The stables are single-story buildings consisting of 12 to 17 units each, whereas the remaining buildings are 2 stories tall with courtyards and contain between 12 and 14 units each. The development has 80 one-bedroom and 62 two-bedroom apartments, with each apartment boasting entirely new interiors, ENERGY STAR® appliances, and in-unit washers and dryers. Heating and cooling for the residential units are generated with geothermal heat pumps, and the development’s outdoor lights are energy-saving light-emitting diodes.

Eligible tenants must earn no more than 60 percent of the area median income per year. All utilities are included in the rent, with free Internet service for the first year. Instead of building a playground or fitness center onsite, Blackbird Investments provides residents with a free membership to the nearby South Suburban YMCA. “We felt that it would be redundant to replicate these amenities when the YMCA is only 5 minutes away,” explains Rachel Wegmann, director of marketing for Blackbird Investments. Blackbird Investments has also obtained an additional 13 acres of open space — the old fort’s parade grounds, which are also part of the historic site — that residents use as green space.

The Long Journey to Reuse

The journey from disused historic site to affordable housing was long and complex but enthusiastically supported by community members and officials alike. Blackbird Investments purchased the property in 2013 from a private owner who was unable to redevelop the site — a scenario that had played out several times before because of the project’s daunting scope and cost. “We were told that it simply could not be done,” says Jimmy Becker, senior development manager at Blackbird. The general sense, says Wegmann, was that the project was too large and complex to finance with tax credits and too expensive to fund without them. The initial state of the site seemed to support this assessment; except for a single building that had been renovated in the 1990s and used as rental housing, the structures on the Fort Des Moines site had been abandoned for decades and were badly dilapidated. Animals and human trespassers had made their marks on the property, and many of the buildings bore evidence of long-ago fires. The buildings were full of debris, graffiti, and hazardous materials, and even the recently occupied apartment building had severe structural problems.

Nevertheless, Blackbird Investments obtained tax credit funding, and renovations began in July 2017 with Neumann Monson Architects providing design services and the Weitz Company as the contractor. Amazingly, this project was not the Weitz Company’s first experience with the property; the firm was the fort’s original builder more than a century earlier. After removing lead- and asbestos-containing materials from the site, the renovation team repaired holes and other damage to the building’s shells and then gutted each building. The renovation removed and replaced the surfaces of most internal walls and floors, replaced or restored windows and doors, and installed updated electrical, mechanical, and plumbing systems. All-new electrical, water, and telecommunications hookups were installed along with new roads, parking, and stormwater management. 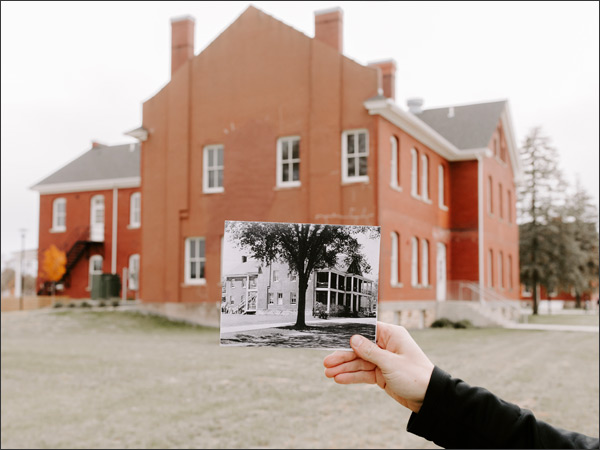 Built in the early 1900s, Fort Des Moines was the first U.S. Army post where African American soldiers were trained as officers, and was the birthplace of the Women’s Auxiliary Corps. Credit: Blackbird Investments.

The restoration team took great care to preserve the site’s historic significance, working to balance the accuracy of their work with the need to control costs. “It was important that when one steps onto the campus, it feels like stepping back in time,” says Andrew Gall, director of construction services at Blackbird Investments. The windows and doors were removed from each building, stripped of lead paint, restored, and reinstalled; those that could not be restored were replaced with replicas. Four large interior wall paintings depicting military gear such as artillery were preserved, either by direct restoration or by cutting out the 4’ x 8’ wall sections and reinstalling them after replastering the wall. Historic elements that could not be accurately reproduced — for example, the outdoor lightposts — were replaced with an identifiably modern counterpart to avoid creating a false history. Even the city-mandated trash enclosures were carefully designed and placed to maintain the project’s historic integrity.

The ambitious nature of the project, paired with Southside Des Moines’ decades-long lack of development and a citywide need for affordable housing, attracted supporters at the local, state, and federal levels. The final cost of the project was $29.3 million, most of which came from $14.7 million in state and federal historic tax credits and $11.2 million in low-income housing tax credits. As a result, Fort Des Moines Living Apartments became the largest recipient of federal historic tax credits in the state of Iowa. The project also received $1.2 million in equity from Iowa's state enterprise zone tax credit program. Blackbird Investments provided a $500,000 loan and deferred $2.2 million of the developer fee.

At the time of its opening in the fall 2018, Fort Des Moines Living Apartments was the largest affordable housing development in Iowa, and it was fully occupied as of February 2019. In addition, Fort Des Moines is one of only 24 national historic sites in the state, a fact that makes the preservation of its original buildings and details all the more significant. “Des Moines is very proud to have not only the attainable [affordable] housing but to have also maintained this historic site as a destination for the Midwest,” says Wegmann. Blackbird Investments obtained a parcel of adjacent land in 2013 and plans to develop a portion of it to provide services to residents.