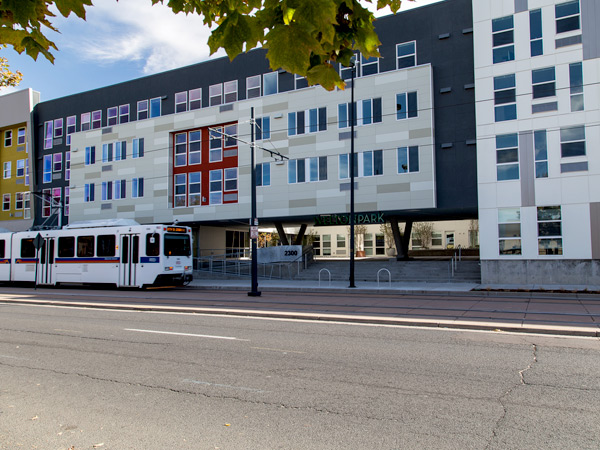 Welton Park provides 223 new units of affordable housing in an amenity-rich area close to Denver’s downtown. Located in Five Points, one of Denver’s oldest neighborhoods, this project has played an important role in the neighborhood’s nascent revitalization. As Denver’s central city began to rebound in the 1990s following decades of depopulation and disinvestment, Five Points lagged behind despite the addition of a major light rail stop in 1994. Welton Park opened in fall 2016. Developer Century Development’s completion of a successful redevelopment project in the area northeast of downtown helped to kick-start additional commercial and residential development in Five Points. Century’s efforts contributed to the city’s revitalization strategy of bringing the neighborhood back to its former glory through culturally authentic preservation and development.

Welton Park is composed of 223 units of family housing, with 212 of the units affordable to households earning up to 60 percent of the area median income (AMI) and 11 units affordable to households earning up to 30 percent of AMI, with all utilities and parking fees included in the rent. One 3-story building and one 4-story building spanning an entire city block contain 22 studios, 109 one-bedroom units, 88 two-bedroom units, and 4 three-bedroom units. The two buildings stand over an underground parking structure with spots for 205 cars, and a workout facility is located onsite. Century chose to develop the site because it was near several neighborhood amenities, including a park across the street, a light rail station one block away, and a grocery store four blocks away. The property is also within walking distance of downtown Denver.

A Culturally Conscious Approach to Revitalization

Welton Park is located on a block considered to be the gateway to Five Points, a neighborhood northeast of downtown. In the early 20th century, Five Points became home to the city’s African-American community after discriminatory home sale laws prohibited African Americans from settling in other neighborhoods. Throughout the 1960s, Five Points was the center of African-American commercial and cultural activity, and the neighborhood became known as a prominent jazz locale. The neighborhood’s decline began in the 1960s, with civil rights legislation and housing desegregation allowing African Americans to leave the area for other neighborhoods, and continued through the 1980s as the growth of the suburbs led to depopulation and disinvestment across the city.

Beginning in the late 1980s, the city began efforts to revitalize downtown, introducing light rail service and a major league baseball park over the next decade. Redevelopment of the Five Points area northeast of downtown, however, failed to take off. As of 2010, approximately one-fifth of Five Points residents were African American, and another fifth were Hispanic. Although Five Points residents have hoped to see their neighborhood undergo revitalization, they also fear the further displacement that might result. To acknowledge the area’s rich history and allay residents’ concerns about gentrification, the city adopted a revitalization strategy for Five Points in 2011 that prioritizes historic preservation and celebrates its roots in African-American culture. To stimulate economic development, the city has emphasized attracting and retaining businesses along the Welton Street commercial corridor, providing grant funds to rehabilitate buildings or redevelop vacant lots for commercial or mixed-use projects. The Denver Office of Economic Development (OED) also succeeded in working with Mile High United Way to relocate the organization’s offices to Five Points in 2014, which has brought 250 jobs and thousands of new visitors to the area.

In 2003, before the city renewed its revitalization efforts for the area, Century became interested in doing a project in Five Points to help “pioneer” the redevelopment of the neglected neighborhood. At the time, little development activity existed in the neighborhood, in part because of the difficulty involved in piecing together land parcels that had become highly fragmented over time. Brent Snyder, principal at Century Development, spent 3 years compiling 10 contracts from 17 different properties, many of which were vacant lots or blighted buildings, to acquire the entire block. Century then encountered an additional roadblock when the recession hit, which further delayed the project. Construction finally began in 2015. Century opted to build affordable housing because depressed market conditions in the years following the recession did not support the construction of market-rate housing in the area. As the market rebounded, however, residential development in northeast Denver has taken off; an additional 700 market-rate units are currently under construction nearby. 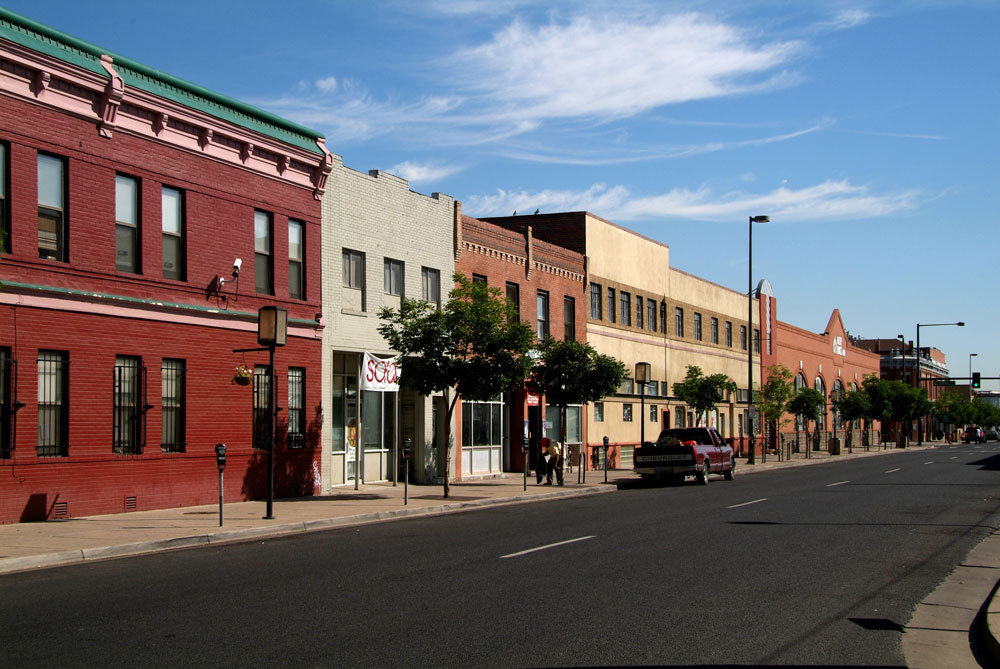 While Five Points was once a thriving center of African American culture, the neighborhood declined in the late 20th century. Recent redevelopment projects such as Welton Park have begun to catalyze revitalization along Welton Street, the neighborhood’s commercial core. Credit: Century Development

During the development process, Century faced resistance from the surrounding neighborhoods for building affordable housing. To address residents’ concerns, Century invited five representatives from the five bordering neighborhoods to participate in design sessions for the property. The sessions provided Century with a chance to change the community’s perceptions about those who live in affordable housing and address their concerns about the impact the project would have on the neighborhood. The participatory design process allowed Century to build relationships with community members and ultimately win their support for the project.

The project’s total development cost of $44.1 million was financed primarily with a $21.1 million HUD 221(d)(4) loan and $15.3 million in low-income housing tax credit equity. Additional sources of funding included $760,000 in tax increment financing from the Denver Urban Renewal Authority, $1.1 million in HOME Investment Partnerships funds from the Division of Housing in the Colorado Department of Local Affairs, $1.1 million from OED to help fund land acquisition, a private loan of $1.2 million, and a deferred developer fee of $3.5 million. According to Snyder, developing another affordable housing project in downtown Denver today would be extremely challenging because of high land and construction costs, insufficient funding, and a labor shortage. The city, however, recently introduced a new affordable housing fund in 2016 that will raise $150 million over 10 years through property taxes and development linkage fees.

The city hopes to restore Five Points to its once-prominent status as a unique, vibrant neighborhood. Although redevelopment efforts for the area stagnated for years, the recent completion of projects such as Welton Park and the new Mile High United Way building has brought new activity to the area. According to Jeff Romine, chief economist with OED, these projects created momentum as local businesses have begun to leverage the new activity to revitalize the commercial corridor. The next planned project for Five Points is a partnership between OED and the Denver Regional Transportation District to redevelop a light rail parking lot as affordable condominiums.”