Building a New Community From Historic Roots in Washington, D.C. 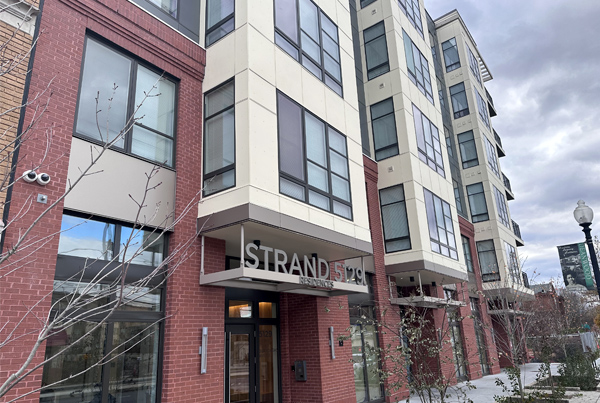 Ward 7 in Washington, D.C. has long suffered from disinvestment and high concentrations of poverty. Today, city policies are working to reverse this ongoing damage through community development, enhanced services and investment, and the replacement of outdated and distressed subsidized housing with mixed-income communities. A key objective of this effort is to minimize the displacement of existing area residents. Two projects — Providence Place and The Strand Residences — represent the city’s commitment to undoing this legacy of neglect by revitalizing the neighborhoods surrounding the former public housing developments the projects replace, Lincoln Heights and Richardson Dwellings communities. The initiative is notable because it incorporated lessons learned from past efforts to replace obsolete public housing, including constructing replacement units before demolishing the old units and adopting measures to protect residents of the surrounding neighborhood from displacement. The new developments opened in 2022.

The Strand Residences and Providence Place are the result of the city’s New Communities Initiative (NCI). NCI launched in 2005, inspired by the federal HOPE VI program, which sought to replace isolated and outdated public housing with mixed-income housing integrated into walkable, mixed-use neighborhoods. NCI follows four guiding principles to limit resident displacement and preserve affordability, which HOPE VI sometimes failed to do: ensuring the one-to-one replacement of affordable housing units, especially deeply affordable units; prioritizing current residents of the public housing units when leasing the replacement units; building the new housing before demolishing the old units to limit displacement and the disruption of social ties; and ensuring that the newly built housing consists of mixed-income units to avoid concentrations of poverty. These principles informed the design of The Strand Residences and Providence Place.

An early challenge of NCI was earning the trust of residents in the public housing units the program sought to replace. Because HOPE VI did not require developers to build replacement housing before demolishing the public housing units, critics accused the program of encouraging gentrification and the displacement of low-income residents. To ensure that policymakers acknowledged and incorporated community input, the city launched its Comprehensive Community Development Model (CCDM), a community-driven plan governing neighborhood development in Ward 7 that has been shaped by the experience of developing the Strand and Providence Place. 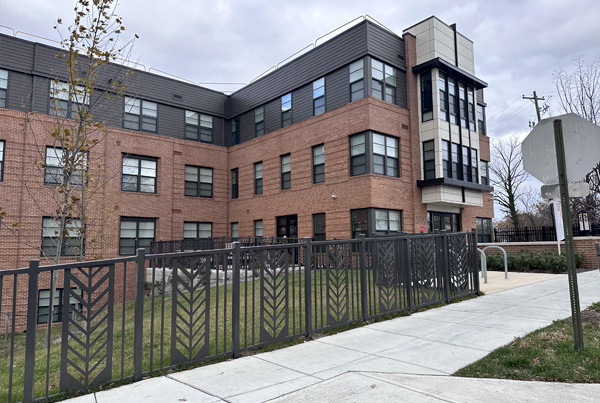 The need for CCDM sprung in part from increased investment in the area, including residential housing development and capital improvement projects, which led to concerns that, without guidance, existing residents may not share equally in the neighborhood’s gains. The model is the result of a yearlong community engagement effort to identify needs, develop strategies, and agree on shared principles in the areas of housing, health and wellness, economic and workforce development, and youth development.

Lincoln Heights and Richardson Dwellings were constructed in 1945 but had deteriorated by the 2000s. As a result, the area was selected as one of four public housing sites in the city slated for replacement with mixed-use and mixed-income development.

Together, The Strand Residences and Providence Place provide 179 units of affordable housing. Providence Place consists of 93 family-sized units and was built on a former parking lot owned by the Progressive National Baptist Convention. Providence Place is the realization of the city’s efforts to develop affordable housing in partnership with faith-based organizations. Thirty-five of the Providence Place units rent to families earning no more than 30 percent of the median family income (MFI) and are replacement units prioritized for former residents of Lincoln Heights and Richardson Dwellings. The remaining units rent to households earning no more than 60 percent of MFI. Amenities include a rooftop terrace, community room, a business center, and a fitness center.

The Strand Residences consists of 86 one- and two-bedroom units, 28 of which rent to tenants earning no more than 30 percent of MFI and are prioritized for former residents of Lincoln Heights and Richardson Dwellings; the remainder rent to households earning up to 60 percent of MFI. The building also includes a large multipurpose room, an exercise room, retail space for an area nonprofit, and a community-based retailer. Onsite resident services are provided by the project developer, the NHP Foundation, through its resident services subsidiary, Operation Pathways. The foundation’s mission is to create and preserve affordable, service-enriched housing for low- and moderate-income households. Operation Pathways provides services fostering academic achievement, financial stability, healthy living, and aging in place for seniors. A resident advisory council helps identify the unique needs of Strand residents, shaping the program of available services, and resident surveys and monitoring of program metrics provide feedback to ensure that the programs are responsive to resident needs and successful.

Although The Strand Residences and Providence Place are important components in achieving NCI’s goals, housing is not the only aspect of the neighborhood that the District of Columbia government is addressing. The city also is building a new high school to replace an aging facility; investing $10 million in improvements to a local park; and creating new economic opportunities though the redevelopment of the historic Strand Theater, which sits adjacent to the new development.