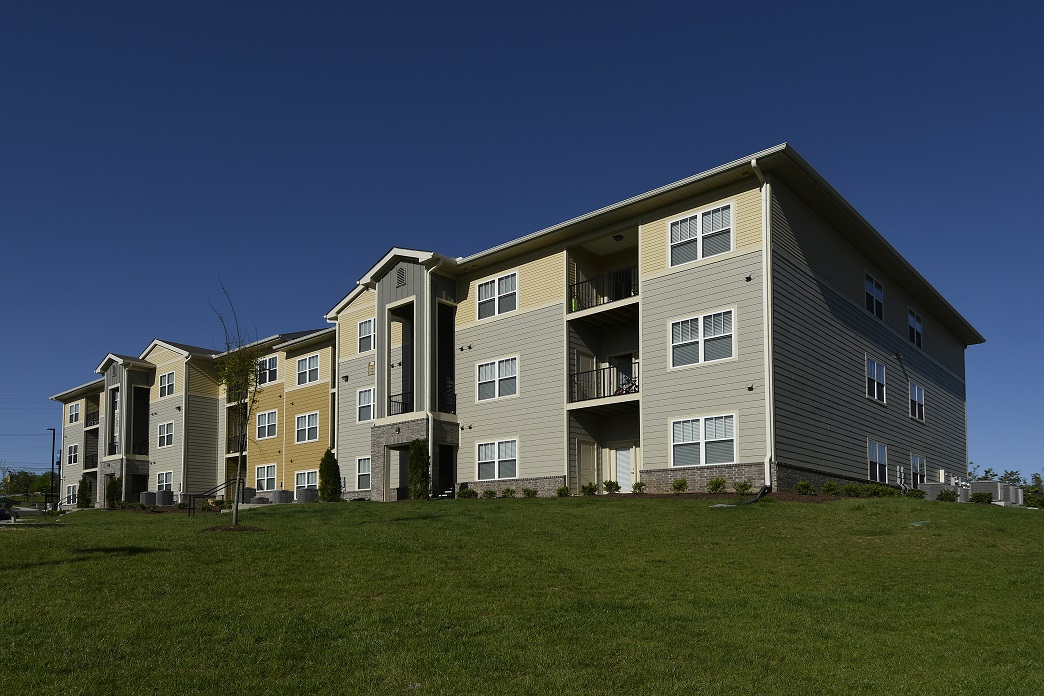 Opened in the summer of 2017, the Paddock at Grandview is a 240-unit affordable housing development in the West Trinity Lane neighborhood of Nashville, Tennessee. Credit: LDG Development

Opened in summer 2017, the Paddock at Grandview is a 240-unit affordable housing development in the West Trinity Lane neighborhood of Nashville, Tennessee. Although West Trinity Lane is located just minutes from downtown Nashville, the Paddock was the neighborhood’s first new development in decades. Because of the area’s need for affordable housing and new investment, developer LDG Development enjoyed substantial support for the project from both the city government and residents. Due in part to this strong support, the Paddock at Grandview was the first housing project to receive a tax relief agreement through Nashville’s affordable housing payment in lieu of taxes (PILOT) program.

The Paddock at Grandview

Built on a hill overlooking downtown Nashville, the Paddock at Grandview gets its name from the captivating views of the city skyline that can be seen from many units and from Scruggs Lane, the road approaching the development. The development consists of a clubhouse and 10 residential buildings with 24 units each. In all, there are 24 one-bedroom, 108 two-bedroom, and 108 three-bedroom units. Eligible tenants must earn no more than 60 percent of the area median income. Two apartments are reserved for the onsite manager and the maintenance manager. All first-floor units are adaptable, with open floorplans for easy navigation. Eighteen units are fully accessible, and these accessible units are available in each of the three floorplans. All units feature energy-efficient ENERGY STAR® appliances.

LDG Development selected the 13.59-acre site because of its proximity to downtown and a bus line. Evan Holladay, development manager at LDG Development, explains that an additional factor influenced the decision to build in West Trinity Lane: “The neighborhood group Nashville North by Northeast played a role in selecting the site and supporting it once it had been selected.” The organization, which is composed of residents and local business owners, advocated for redevelopment of the neglected neighborhood. “[The development] received a very warm, welcoming response,” says Holladay. Construction of the Paddock began in summer 2016 with substantial site work, including rock blasting and the improvement of approximately 100 feet of an adjacent public road.

In addition to the residential buildings, the Paddock has an outdoor playground as well as a clubhouse, a single-story building at the development’s entrance that houses management offices and resident amenities such as a workout facility, a computer room, an outdoor pool, and community space. The 2,500-square-foot community room is used for informal gatherings, community events, and structured services provided by manager Enfield Property Management or its partner organizations and is also available for residents to rent. Enfield Property Management employs a full-time resident services coordinator who has started a neighborhood group and a neighborhood watch organization for the Paddock. Other services include a financial literacy education series provided by Regions Bank and an afterschool tutoring program provided by another community partner. 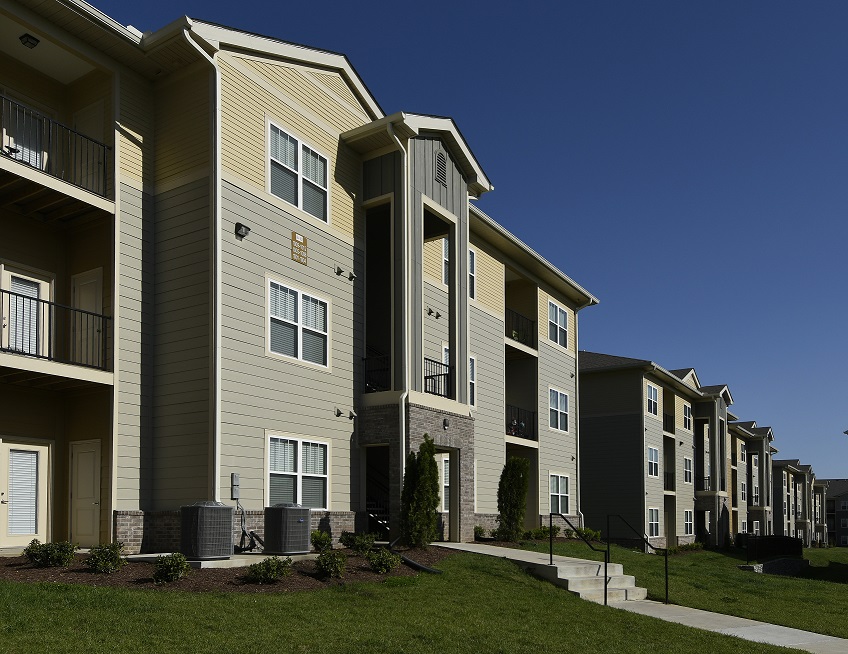 Financing and the PILOT Program

Tennessee is among a minority of states that permit local tax assessors to include the value of tax credits issued through the LIHTC program in the property’s assessed value. As a result, LIHTC properties in the state can incur unusually large property tax bills. Holladay reports that this method of assessing LIHTC properties would have made the Paddock’s tax bill approximately $380,000 for the first year. Such a high bill, says Holladay, would have made the development financially unfeasible. However, because West Trinity Lane had such an intense need for affordable housing and new development, city agencies, including the mayor’s office and public housing agency, were willing to work with LDG and state representatives to pursue a change to state housing law. In 2015, after a year of work, the Tennessee legislature amended the state code to permit MDHA to enter PILOT agreements for LIHTC properties.

These PILOT agreements allow MDHA and an affordable housing developer to negotiate a property tax payment lower than the project’s assessed tax liability. In the case of the Paddock at Grandview, the first development in Nashville to use such an agreement, MDHA took ownership of the title to the property for 10 years and LDG agreed to make a $612,997 payment over the same period. This payment, which amounts to $53,472 for the first year with an annual 3 percent increase, reduces the tax burden of the project by $3.7 million. “This project would not have been possible without the PILOT,” says Holladay.

“Doubling Down” in Nashville

The Paddock at Grandview is fully occupied as of September 2018, with a waiting list of several hundred. As for the development’s impact on the West Trinity Lane neighborhood, Holladay describes the area as “completely transformed” since the construction of the Paddock: “Since that project was completed, that whole area has seen a rebirth.” LDG Development has plans to develop several more affordable housing projects in Nashville, and Holladay emphasizes the firm’s commitment to the city: “We’re doubling down in Nashville.” One of LDG’s several planned projects has already received approval to enter into a PILOT agreement, demonstrating that the program will continue to facilitate affordable housing.