Housing Demand Concentrated in the Suburban Counties of the Milwaukee HMA 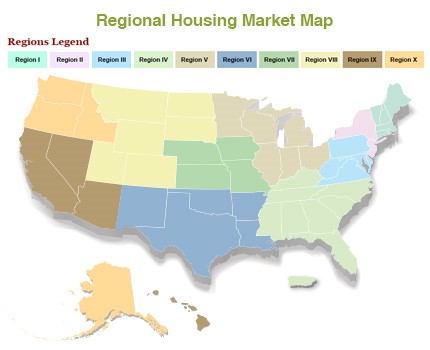 The homes sale market in the Milwaukee HMA, located in HUD Region 5, is slightly tight, with an estimated vacancy rate of 1.5 percent.

Most Jobs Expected to Recover as COVID-19 Restrictions Are Lifted

As in much of the nation, the COVID-19 pandemic greatly affected the economy of the Milwaukee HMA. During the 12 months ending in October 2020, total nonfarm payrolls declined by 5.1 percent. During the same period, the unemployment rate averaged 6.9 percent, an increase of 3.5 percent over the previous year and the highest rate since 2014, when the economy was still recovering from the Great Recession. Job losses occurred in every sector except for the mining, logging, and construction sector, which grew by 2.7 percent. (Construction activities were allowed to continue during the COVID-19 pandemic.) Job losses were highest in the leisure and hospitality sector, which declined by 19.1 percent, or roughly 15,600 jobs. Other sectors experiencing significant job losses include the other services sector, which declined by 9.1 percent, or 4,300 jobs, and the manufacturing sector, which declined by 5.7 percent, or 6,900 jobs.

Other large employment sectors include the professional and business services sector and the wholesale and retail trade sector, each of which account for 14 percent of area payrolls.

Over the next 3 years, area payrolls are expected to grow by 1.2 percent annually as the economy regains the jobs lost during the pandemic. Expansion projects at the Port of Milwaukee, including a mixed-use office development, a new Komatsu Mining Corp. facility, and a new export facility for commodities, should help spur job growth in the HMA during this period.

Demand for Housing Concentrated in the Suburban Counties

The Milwaukee HMA sales market is slightly tight, with an estimated vacancy rate of 1.5 percent. During the 12 months ending in October 2020, home sales prices increased 13 percent in the Milwaukee HMA, which is the largest year-over-year increase in 15 years. New home sales declined 3 percent during this period.

The rental market is balanced, with an estimated vacancy rate of 3.2 percent. The report attributes the balanced conditions to high levels of rental unit construction, which averaged 2,750 annually from 2013 to 2018.

Over the next 3 years, demand is expected for 4,825 for-sale housing units and 4,450 rental units. Demand is expected to be concentrated in the suburban counties. For more detailed information on the Milwaukee HMA, please see the recent Comprehensive Housing Market Analysis.