In this column, Kymian Ray, Neighborhood and Community Investment Specialist, Public Housing Community and Supportive Services at the U.S. Department of Housing and Urban Development, highlights how HUD and other federal agencies are addressing the housing challenges of formerly incarcerated individuals. 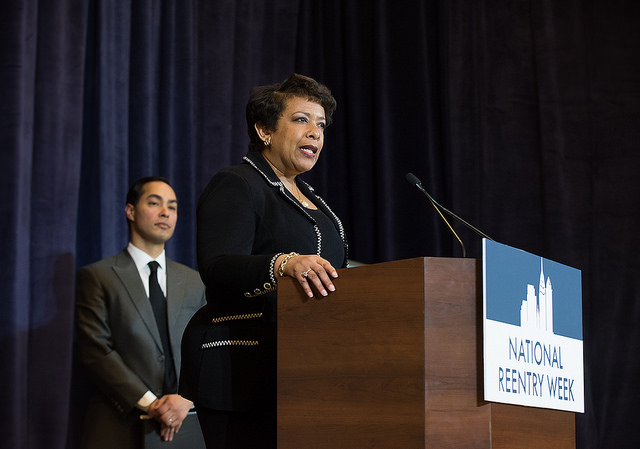 What are some of the housing challenges that formerly incarcerated individuals face?

It’s not an understatement to say that finding and securing stable housing is one of the most important immediate and long-term challenges that individuals released from incarceration face. Each year, more than 600,000 individuals are released from federal and state prisons — a number that doesn’t include the millions more cycling through local jails. Many of these individuals find shelter with family members in distressed communities, where the lack of social supports and assets poses serious challenges for those seeking a fresh start. According to the National Alliance to End Homelessness, however, an estimated one in five people returning from prison becomes homeless on reentering the community; this estimate may be as high as 30 to 50 percent in major urban areas. What’s more, the Council of State Governments and the National Alliance to End Homelessness have reported a correlation between homelessness and recidivism.

Housing stability is extremely important for people’s physical and mental health and as a pathway to success in employment and education for all citizens, especially those returning citizens seeking a second chance. Although individuals released from incarceration have the same housing choices as nonincarcerated or justice-involved individuals, accessing those housing options can be difficult or nearly impossible under certain circumstances. Even if an individual can afford housing in the private market, having a criminal record may present a barrier. Affordable or public housing may not be available because of the high demand for such housing as well as prohibitive admissions policies for those with criminal records. Those seeking temporary housing face a shortage of available transitional housing or shelters, and perhaps, restrictive criminal background policies. While the need to maintain public safety is very important and should not be minimized, it must, as President Obama has stated, be balanced against justice, and fairness.

How is HUD supporting the Obama administration’s efforts to promote the reintegration of formerly incarcerated individuals?

HUD was one of the original members of the Federal Interagency Reentry Council when it was established in 2011 and remains an active participant today. A major focus of the council is to encourage federal agencies to remove barriers for formerly incarcerated individuals. Since 2011, HUD has published several pieces of guidance clarifying rules and policies as they relate to formerly incarcerated individuals. In 2011, the Secretary sent a letter to all public housing agencies (PHAs) reiterating that HUD has only two permanent disbarments: individuals who have been convicted of making methamphetamine on public housing property and individuals listed in the lifetime sex offender registry. Last year, HUD published guidance outlining the obligations of PHAs and owners of federally assisted housing when considering housing applicants’ arrest and criminal records. More recently, HUD issued guidance on the use of criminal records to deny applicants housing opportunities under the Fair Housing Act.

HUD also is administering two initiatives with funding from the U.S. Department of Justice (DOJ): the Juvenile Reentry Assistance Program (JRAP) and the Pay for Success Permanent Supportive Housing Demonstration Program. In addition, HUD continues to look for more ways to promote the reintegration of formerly incarcerated individuals, with the understanding that stable housing is critical for their successful reentry into the community. HUD’s mission is to create strong, sustainable, inclusive communities and quality affordable homes for all. These efforts represent HUD’s ongoing commitment to providing stakeholders with leadership and guidance on how to make housing accessible to everyone in need, including formerly incarcerated individuals and their families.

What information does the guidance HUD issued on November 2, 2015, provide for PHAs and owners of federally assisted housing, and what are some of the existing best practices for screening applicants for criminal activity?

The November 2015 notice provides PHAs and owners of federally assisted housing with guidance on excluding the use of arrest records in housing decisions. The notice clarifies that arrest records may not be used to deny admission, terminate assistance, or evict tenants from public housing and other federally assisted housing and that HUD does not require the use of “one strike” policies. The notice also provides a sample of best practices and peer examples of admissions and occupancy policies, inviting PHAs and owners to incorporate clear standards for using criminal histories. The examples and best practices included address lookback periods; clear standards for reviewing criminal histories to determine housing eligibility; and factors to consider before terminating a lease, such as the effects of eviction on family members not involved in the criminal activity.

HUD recently issued a list of frequently asked questions to provide more clarity and examples of the guidance in the notice and is in the process of collecting more peer examples. For instance, the Housing Authority of New Orleans (HANO) recently approved a new criminal background screening policy that eases restrictions on applicants with criminal records. Under this new policy, a three-member panel, including one resident representative, will conduct individualized assessments of applicants with criminal convictions by considering the following factors: the applicant’s criminal history, rehabilitation, community ties and supports and employment history. The panel may also consider other relevant factors and seek input from experts. It is important to note that this policy was informed by months of workshops and input from community stakeholders.

What is the Juvenile Reentry Assistance Program?

JRAP is an exciting new initiative administered by HUD and funded through Second Chance Act grants to DOJ’s Office of Juvenile Justice and Delinquency Prevention. The focus of the program is to alleviate the collateral consequences of having a record and help youth who have paid their debt to society have a true second chance at success. JRAP services are available to assist youth up to age 24 with a record who live in public housing or who would otherwise be living with a family member in public housing if not for their record. These services include 1) expunging, sealing, or correcting records and 2) coordinating other supportive services to help prevent or lessen collateral consequences, such as reinstating revoked or suspended driver’s licenses, providing employment counseling, and assisting with readmission to school. The beauty of JRAP is that it brings together PHAs, which have a population in need of legal services, and nonprofit legal service organizations, which have the capacity and expertise to provide assistance that can change the course of young peoples’ lives, enabling them to move beyond past mistakes and thrive. We all make mistakes, and we expect that young people will make mistakes, so why unduly burden them with continued obstacles that prevent them from learning, growing, and flourishing? Expunging a record is a concrete action we can take that will have a huge impact on an individual’s life.

Is HUD involved in any other initiatives that address the housing needs of formerly incarcerated individuals?

HUD is also exploring ways to replicate existing models that use housing to support returning citizens. HUD is partnering with DOJ on the Pay for Success Permanent Supportive Housing Demonstration Program, which advances Pay for Success as a promising financing model that can attract nontraditional sources of funding. The initiative implements the permanent supportive housing approach for individuals continuously cycling between the criminal justice system and homeless services. DOJ and HUD entered into an interagency agreement for HUD to make approximately $8.6 million available through competitive grants.

The target population for this program is a subset of the reentry population consisting of people experiencing homelessness who are frequent users of corrections facilities, homeless services, healthcare facilities, and other crisis services. Research consistently demonstrates a correlation between homelessness and a history of incarceration; individuals released from jail or prison are at high risk of homelessness or recidivism, especially within the first month after reentry into the community.