Fostering Innovation through Pay for Success, An Interview with Yennie Tse

Innovating within the federal government takes focus, creativity, persistence, and flexibility. One key example of this was the Office for International and Philanthropic Innovation’s (IPI’s) work with Pay for Success (PFS) and the recently announced permanent supportive housing demonstration. IPI’s own Yennie Tse was a central figure in the early success of PFS, and below she shares the story of how this innovation took root at HUD. 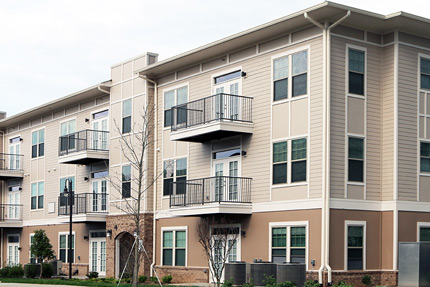 PFS is a strategy of procuring positive social or environmental outcomes by paying for an intervention only after it produces those outcomes. In addition to a contract for the government (or another entity) to provide payment only when an intervention achieves positive outcomes at predetermined levels, PFS projects often also involve PFS financing, which is mission-driven capital that covers the upfront costs of service provision and possibly other project costs. It is an innovative financing model that can leverage philanthropic and private dollars to provide upfront funding for preventive services, which are often the first services to get cut from budgets during times of fiscal austerity.

When did HUD first consider PFS strategies, and how is HUD incorporating PFS into its programs and initiatives?

Social Impact Bonds (SIBs) and the concept of PFS were introduced to IPI a few years before I joined the team. As part of IPI’s mission to source innovation from external partners, our office learned of SIBs from the Young Foundation in London, which was developing the first SIB with Peterborough Prison with the goal of reducing the likelihood of recidivism among prisoners with sentences of less than 1 year.

As a partnerships and innovation office at HUD, IPI has the opportunity to engage with our fellow federal agencies as well as our social investment and international partners to assess great ideas. Implementing new ideas that challenge the way the agency has generally done business requires new capacity and an ability to shift the way we have traditionally thought about programs.

One PFS Notice of Funding Availability (NOFA) explores the possibility of using PFS to finance permanent supportive housing as an intervention to reduce the reentry population. Can you describe that in more detail?

HUD, in partnership with the U.S. Department of Justice (DOJ), is evaluating the viability of using a PFS financing framework to improve outcomes for people experiencing homelessness who have frequent contact with the criminal justice, homeless services, and healthcare systems through the provision of permanent housing linked with supportive services. DOJ and HUD are partnering to advance PFS and have entered into an interagency agreement that designates HUD as the agency responsible for implementing the PFS Demonstration. HUD is making $8,679,000 available through this NOFA.

What makes this demonstration innovative?

It seems that IPI — and you, in particular — have been crucial in implementing this innovation. Can you describe some of the various roles IPI has played in the PFS process over the past few years?

Before funds became available for HUD and DOJ to draft a concept note for a PFS initiative, IPI wanted to learn more about PFS and share that knowledge with the rest of HUD.

After DOJ authorized funds for fiscal year 2014, we began implementation of this new concept, and IPI had to play new roles.

What personal qualities helped you push this innovation forward?

Being nimble and adaptable. For any new concept or untapped innovation, there will always be new policies your team will need to learn about. We need to learn how to understand the challenges new policies and protocols present and work with them to foster innovation and expand the capacity of HUD’s program offices.