Considering SRO Housing in New York City and Beyond 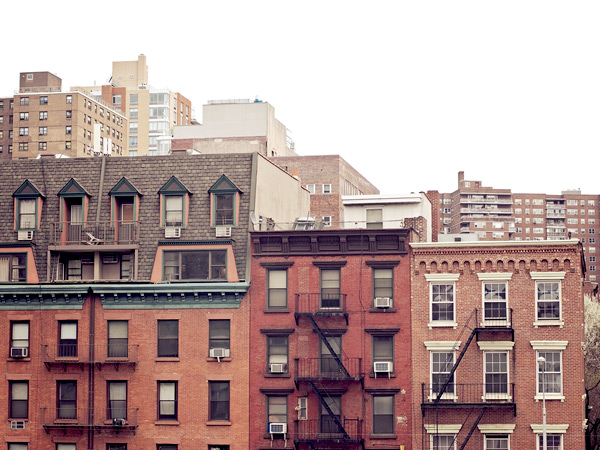 The rising cost of housing in many American cities has led to an affordability crisis for residents who find themselves either rent burdened or living with roommates out of necessity rather than preference. Single-room occupancy housing (SROs), commonly understood as smaller-than-average studio apartments sharing common kitchen or bathroom facilities, may offer a tool for increasing the supply of affordable housing and reducing homelessness in high-cost markets. Unlike apartments shared by roommates, each SRO unit is individually leased. Although SROs remain attractive options for nonprofits that provide service-enriched subsidized housing for targeted populations, many jurisdictions have effectively regulated the construction of market-rate SROs out of existence. SROs, once common in New York City’s housing stock, had come to be viewed as substandard shelter for the city’s neediest residents by the mid-20th century. The resulting criticism led to ordinances severely limiting new market-rate SRO construction and discouraging the continuing operation of existing SROs. A recent analysis from New York University’s Furman Center considers the viability of market-rate SROs to increase affordability in New York City. The white paper, “21st Century SROs: Can Small Housing Units Help Meet the Need for Affordable Housing in New York City?” also provides a framework for examining the potential of SROs to increase affordability in other high-rent cities.

In New York City, 58 percent of single-adult renter households pay more than 30 percent of their income in rent as of 2015, and many New Yorkers living with roommates do so out of necessity. With approximately 1.2 million single adult renters in the city, the 210,000 small units currently in existence are unlikely to meet the potential demand for a more affordable rental option. In addition to their financial advantages, the authors note, SROs offer lifestyle options not possible in shared apartments. Because each unit in an SRO development features independent access and an independent lease, an SRO offers increased independence and privacy, which is appealing to potential renters and can fuel demand for these affordable units.

The report models four hypothetical building scenarios, holding material, labor, and other costs constant but varying the size of the apartments and the degree to which kitchen and bathroom facilities are shared. Based on this consistent comparison, the authors assess whether SROs can realize lower rents while still providing developers with a competitive return on investment (ROI). Each scenario assumes a uniform building size of 67,100 gross square feet on a uniform project site of 15,000 square feet. The first scenario models a building of traditional New York City studio apartments — 400 square feet each with a kitchen and bathroom. This model provides a baseline for comparison. The next scenario is a building of smaller studios (300 square feet) with private kitchens and bathrooms. Although microunits are not considered to be SROs, current building regulations nevertheless discourage the construction of microunits of this size. The final two models are SROs; the first model is a building with apartments that are 225 square feet, each with a private bathroom but communal kitchen facilities, and the second model is a building composed of apartments that are 160 square feet with communal bathroom and kitchen facilities.

The economics of SROs

How might rents in SROs compare with rents in microunits and classic studio apartments, and can they provide the competitive ROI necessary to incentivize construction? The report finds that for each building, as units decrease in size and increase in number and as the degree to which facilities are communally shared increases, the per-unit rent needed to realize a competitive ROI decreases. The table below illustrates the change in the number of units per building in each scenario, the rent per unit needed to realize a competitive ROI (assuming a land cost of $200 per square foot), and the corresponding area median income (AMI) level for which such a unit would be affordable.

Although New York does not ban outright in the development of any of the scenarios posited in the report, the existing financial and regulatory environment discourages such projects from being built. For example, regulations severely restrict which developers are eligible to build SROs and the conditions under which SROs can be built. For-profit SRO development is precluded by a requirement that SRO developments be “either owned, operated, or used by a non-profit or built with ‘substantial assistance’ from government.” An even more significant constraint is the cap on the number of dwelling units per zoning lot, which tends to drive up unit size, restricting the construction of microstudio apartments. Parking regulations mandating the number of parking spaces per unit also drive up construction costs for SRO developments, where renters are less likely to own cars, according to the report. Finally, current financing practices are another barrier to SRO development, with public subsidies often favoring larger units and private funders concerned about the risk involved in investing in untested housing types.

The authors suggest possible modifications to New York City regulations that would make the production of microunits and efficiency units less onerous. They further propose that the city undertake a demonstration project to provide real-world data on the operation and finances of SRO projects, which would help address some of the concerns expressed by private-sector developers and bankers.

The status of SRO housing in other cities

Studies similar to the Furman Center white paper have analyzed the barriers to, and potential of, SROs in other cities, including San Francisco, Los Angeles, and Nashville. Other researchers have also attempted to understand the market potential, regulatory challenges, and contours of the policy debate surrounding SROs and microunits.

Seattle offers a real-world lesson on the interaction between market demand for SROs and development regulations. From 2009 to 2014, Seattle experienced a boom in market-rate SRO construction when developers realized that existing regulations allowed for the construction of these units in a way that would not trigger a lengthy design review process and that could, in some cases, avoid requirements to build off-street parking. These units had an average rent of $660, far less than the average rent of $1,367 for traditional studios. In 2013 alone, more than 1,800 SROs and microapartments were built, accounting for nearly 25 percent of all dwellings built in Seattle that year. Despite a finding from the city’s Department of Planning and Development that “micro-housing and congregate housing residences production is consistent with adopted Comprehensive Plan Goals and Policies,” the city, through a series of judicial decisions and legislation from the city council, pursued regulatory changes that have had the effect of making affordable SRO and microunit construction economically infeasible. These include subjecting proposed developments to longer review processes; expanding parking requirements; tightening zoning regulations; and increasing minimum size requirements. One study estimates that as a result, 829 fewer affordable housing units are being built in the city per year. The city’s Housing Affordability and Livability Agenda task force recommends rescinding these changes to promote private-market development of more affordable housing.

Other cities have also started to consider permitting SROs to increase their supply of affordable housing options. In 2017, for example, the city of Miami passed a resolution to allow the construction of microunit transit-oriented development. As cities continue to grapple with how best to provide residents with affordable market-rate housing, SROs offer policymakers one possible pathway to consider. The Furman Center report offers a helpful framework to assess potential benefits and barriers to SRO construction.