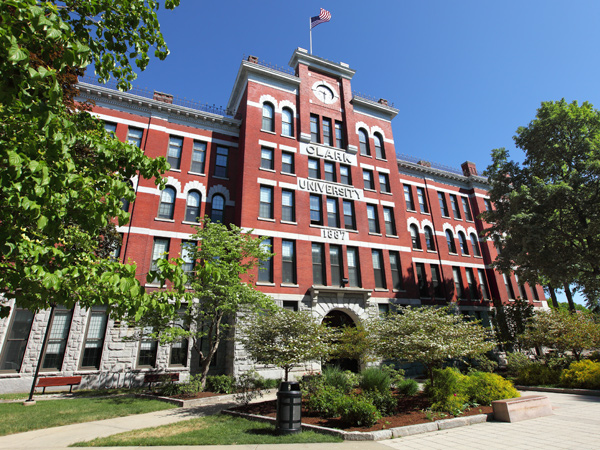 Although the term “anchor institutions” came into wide use around 2000, universities and hospitals have long provided public benefits while focusing on their primary businesses of postsecondary education and health care. These intertwined goals arose from forces within the institutions and their surroundings as well as from public policy. Some institutions responded to community concerns by facilitating efforts to bring about change. Typically, these concerns included residents’ fears about institutional encroachment into the neighborhood or the conversion of the neighborhood’s housing stock to staff and student rentals. Other institutions, such as those concerned that neighborhood crime and disinvestment were hindering their businesses, took a more active role and led neighborhood revitalization and community development programs. More recently, some anchor institutions have initiated sophisticated programs that combine their research capabilities with financial and business opportunities, and others have adopted anchor missions that align their purchasing, hiring, and investment decisions to help build community wealth.

Generally recognized as the first U.S. policy to encourage universities to benefit the community, the Morrill Act of 1862 created land-grant colleges to increase the number of educated residents and support economic development throughout the states. The G.I. Bill expanded college enrollment, and military contracts transformed colleges into research universities to defend the country during the Cold War. Universities turned back to local issues in the 1960s, when many universities saw urban disinvestment and social unrest at their gates. Local partnerships characterized by service learning and community-based research became the main form of anchor activity.

Service learning and related programs received a boost from the federal government in 1994, when HUD’s then Office of University Partnerships (OUP) began offering universities multiyear grants to, among other things, establish community outreach and partnership centers. As the program name implies, this work emphasized a collaborative relationship with the community that often focused on community development, including affordable housing and commercial revitalization. The Community Action Organization-University of Buffalo Community Wellness and Neighborhood Development Center at the University of Buffalo grew out of work funded through a 2005 OUP grant. Building on relationships with the community and other stakeholders developed through OUP grants awarded in 1999 and 2002, Mercer University has been an active partner in Macon Children’s Promise Neighborhood since planning began in 2011. These types of community partnerships are not limited to OUP grantees; other universities have established partnerships with adjacent neighborhoods for various ambitious purposes. Clark University helped create the Main South Community Development Corporation, the driving force behind many revitalization projects in the Main South neighborhood of Worcester, Massachusetts. Howard University has teamed with private developers to provide mixed-income housing on school properties in the LeDroit Park neighborhood of the District of Columbia.

Some universities have adapted their approach to community development by creating business incubators with affordable space, support services, and networking opportunities for small and emerging business owners. This activity, especially at research universities, includes technology accelerators, where the commercial potential of academic research is explored. Possibly located at a distance from an existing campus in underused downtown areas or on the edge of distressed neighborhoods, these buildings harness the knowledge base of professors and students in business management as well as in science, technology, engineering, and mathematics to promote economic growth. One example is the Enterprise Center, established by the S.G. Atkins Community Development Corporation with assistance from Winston-Salem State University to encourage new employment and business opportunities in the neighborhoods surrounding the university.

From the beginnings of professionalized health services, religious and public hospitals, and eventually teaching hospitals, were the primary healthcare providers for the poor and elderly. Federal policy has been a major influence on the anchor activities of hospitals since 1956, when the Internal Revenue Service first required tax-exempt hospitals to provide charity care. Nearly a decade later, the federal government added the requirement that hospitals provide community-building activities, including public health care, when the newly enacted Medicaid and Medicare programs reimbursed them for a portion of their charity care. Another major federal policy initiative, the 2010 Patient Protection and Affordable Care Act, required nonprofit hospitals to assess community health needs and provide additional community benefits.

Based on emerging research demonstrating the influence of social determinants of health on well-being, hospitals have begun to reallocate more of their community benefit funding from clinical assistance to programs supporting affordable housing, healthy housing, and community development. For example, the University of Rochester Medical Center established its healthy housing programs as part of its goal to eliminate children’s lead poisoning. Similarly, concern over asthma triggers and other environmental exposures spurred Children’s Mercy Kansas City to create its own healthy housing program. The University of Vermont Medical Center’s housing has produced better health outcomes for people experiencing homelessness who were repeatedly given expensive health care at the center’s emergency department in Burlington. Bon Secours Baltimore Health System developed Gibbons Apartments to provide stable and affordable housing to help improve the health outcomes of Southwest Baltimore residents as part of a major revitalization effort in the neighborhood.

Like universities, hospitals have expanded the ways in which they can influence the well-being of residents in adjacent neighborhoods and the larger community. Hospitals are joining universities in adopting anchor missions, which commit the organizations to such activities as hiring residents and contracting with minority- and women-owned businesses. These institutions might offer job training and other services to help diversify their workforce as well as entrepreneur education and business capability expansion to allow small firms to compete for contracts. By participating in community planning efforts and establishing the Dornsife Center for Neighborhood Partnerships, Drexel University is furthering its mission to be a social and economic driver in the transformation of its Philadelphia neighborhood and the surrounding metropolitan region. ProMedica’s work to address the social determinants of health in Toledo, Ohio, is the substance of an anchor mission that encompasses the entire health system and includes a dashboard for measuring progress in inclusive business development, equitable employment, and arts and culture development, among other determinants.

As universities and hospitals increasingly identify as anchor institutions and adopt anchor missions, they have organized to amplify the effects of their activities. Multiple anchors, along with foundations, community development organizations, and governments, have formed anchor districts or collaboratives to improve conditions in a specific neighborhood or in the entire city. Hartford Hospital, Trinity College, and Connecticut Children’s Medical Center have joined in the Southside Institutions Neighborhood Alliance to revitalize Hartford’s Southside neighborhood through collective impact. The University of Cincinnati has been active in numerous partnerships — including the Uptown Consortium, whose membership includes three hospitals and the Cincinnati Zoo and Botanical Garden — to revitalize the neighborhoods around the university’s main campus that are home to 15 percent of the city’s population.

National organizations have also formed to support these anchor coalitions, including the Anchor District Council and Anchor Collaborative Network. Individual anchor institutions have also broadened opportunities to learn from each other’s experiences through national organizations. With initial efforts at the University of Pennsylvania in 2009, the Anchor Institutions Task Force promotes partnerships between anchors and their communities. More recently, the Democracy Collaborative has established the Healthcare Anchor Network and has helped the Coalition of Urban and Metropolitan Universities create the Anchor Learning Network. Several of these supporting organizations are new and have announced growing lists of members.

These conditions suggest a strengthening anchor movement that will propel institutions’ activities beyond service learning and neighborhood revitalization. Although the Great Recession appears to have reduced opportunities for many institutions, especially universities, institutional interest in innovation districts may revive and even expand anchor activity. These districts contain high-technology laboratories and businesses as well as residences, commercial uses, and cultural venues that attract highly trained millennial entrepreneurs and employees. Recently, these districts, which have been criticized for benefiting the anchor institutions more than their surrounding communities, are exploring new mission-directed goals such as diversity, equity, and social justice. Beyond counting new makerspaces, startups, and patents, some innovation districts have explicit strategies to promote inclusive growth: economic development with educational, employment, and other opportunities that pay a living wage, offer a career path, and build wealth for local residents.

Hospitals, which, although not immune from a recession, can recover from one quickly, are increasingly considering how they can leverage the social determinants of health to significantly reduce health costs and improve resident and community well-being. The work done by John Peter Smith Health Network in Tarrant County, Texas, and supported by the Montgomery County Foundation in Pennsylvania has shown the rewards of providing supportive housing for persons at risk of or experiencing homelessness.

Beyond universities and hospitals, other anchor institutions also help their communities address housing and development issues. Philanthropies such as the Community Foundation of the New River Valley in Virginia have convened local organizations and marshaled private investments to achieve community goals. The Zarrow foundations in Oklahoma City have also brought other organizations to the table and have contributed substantial funds toward affordable housing and mental health programs. Libraries, museums, and other arts and culture organizations, which are trusted and often well connected within political and financial circles, are joining comprehensive community initiatives and becoming catalysts for change. These institutions are engaging with their surrounding communities and contributing toward their physical revitalization in partnership with other community organizations. Religious organizations, which typically are active in cities and often the only available anchor institution in rural areas, lead grassroots efforts in neighborhood revitalization, antidisplacement, disaster response, and long-term recovery; they advocate for social justice, host health programs, and where funds allow, create community development corporations.

Tyler Norris and Ted Howard. 2015.“Can Hospitals Heal America’s Communities? ‘All in for Mission’ is the Emerging Model for Impact.” Accessed 5 September 2019; Janet Viveiros and Lisa Sturtevant. 2016. “The Role of Anchor Institutions in Restoring Neighborhoods: Health Institutions as a Catalyst for Affordable Housing and Community Development.” Accessed 5 September 2019.