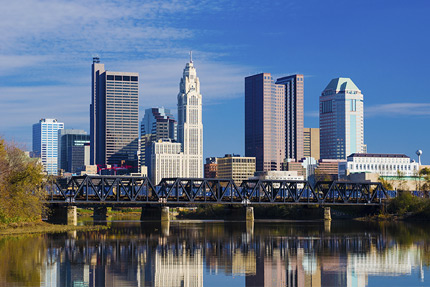 What are CHMA reports?

CHMA stands for Comprehensive Housing Market Analysis. These reports are written by the field economists in the Economic and Market Analysis Division (EMAD) within HUD’s Office of Policy Development and Research (PD&R). EMAD field economists are located in various regional and local HUD offices throughout the country. Analyzing housing markets has always been the primary function of the field economists, and we have written these reports since before HUD became an official federal agency. In 2002, PD&R began publishing the CHMA reports on its website, www.huduser.gov. We have published 426 CHMA reports since 2002.

What makes these reports unique from other market analyses?

Several things set these reports apart from other housing market reports that EMAD publishes. These are the most in-depth reports that EMAD produces. They focus on changes between the past two decennial census periods (currently 2000 and 2010) and from the most recent decennial census period to the as-of date of the analysis, and then they provide a forecast of estimated economic, demographic, and housing changes from the report date through the following 3 years. One unique aspect of CHMA reports is a 3-year forecast of demand for both sales and rental housing. This represents our estimate of what needs to be built to maintain or achieve balanced housing market conditions during the 3-year forecast period.

Who are the intended users of the CHMA reports?

The reports are intended for lenders, builders and developers, local government officials, academics, real estate professionals, and anyone else who has an interest in local economic and housing market conditions.

How does EMAD choose geographic areas for analysis?

We try to cover as many metropolitan areas as we can. Every year, we publish about 50 to 60 reports and rotate the areas of the country we cover. Areas with more activity will be studied more frequently because updates are needed more regularly in these areas. For example, we have issued numerous reports on New Orleans to help monitor the markets in that area after Hurricanes Katrina and Rita made landfall.

What data sources does HUD use to create CHMA reports?

HUD uses a variety of public and private data to produce the CHMA reports. On the public side, we use data from the U.S. Census Bureau (including decennial and American Community Survey data) and the U.S. Bureau of Labor Statistics. Private sources of data include CoreLogic, Metrostudy, Reis, Axiometrics, MPF YieldStar, and McGraw-Hill. In addition, the analyst conducting the study will spend about a week in the metropolitan area gathering local data and information.

What periods of time do these reports cover?

How do the CHMA reports tie into HUD’s mission to create strong, sustainable, inclusive communities and quality affordable homes for all?

For HUD to best fulfill its mission, housing markets need to remain balanced. If a market becomes tight (where demand exceeds supply), the resulting shortage of housing causes an upward pressure on prices and rents. Homes and apartments can be difficult to find in such markets, which can make the search for affordable units very difficult. When rents or home prices rise too rapidly in an area, it can cause the displacement of existing households, who can no longer afford to live in the area. We see this in many gentrified neighborhoods around the country.

Likewise, if too much housing is supplied (a surplus of housing), a soft market can develop, which creates downward pressure on rents and home prices. Existing homeowners can lose equity, and developers lose the incentive to build new housing. Vacancy rates will be high and the existing housing stock can become dilapidated, leading to blight. Neither of these conditions is healthy.