Shanghai’s Road to a Global City: Innovations in Human-Centered Design 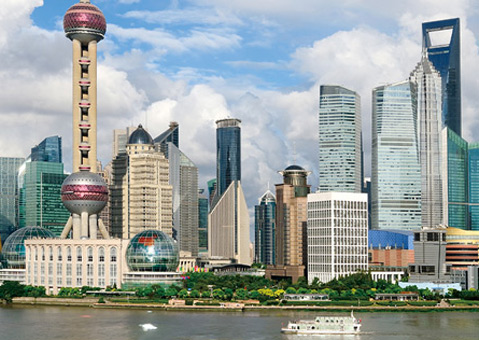 Tokyo, Delhi, and Shanghai are the most populous urban agglomerations in the world; however, each is unique in its approach to urban planning and design. Shanghai is not just the only noncapital city in this group but also the most populated city in the country with the most urbanites in the world. The future of urban development in this megacity of 24.15 million people will influence the direction of design and planning for cities worldwide. In this article, we examine Shanghai’s innovations in design as it aspires to become a competitive and sustainable world-class city by 2050.

To position itself as a global city of the future, Shanghai developed a multifaceted plan with both short- and long-term strategies designed to meet the needs of its growing urban population. These strategies address various issues including housing, infrastructure, transportation, energy, employment, education, and healthcare. Uniting these issues is Shanghai’s emphasis on human-centered design (HCD).

HCD focuses on the interactions between humans and the spaces they occupy. By incorporating HCD, Shanghai’s urban planners intend to optimize the urbanization process for the city’s residents and transform Shanghai from a frenetic metropolis into a cultivated global center. As part of that process, urban planners will use spatial, economic, and environmental approaches to realign typical urban priorities with the principles of HCD.

Until 2030, Shanghai is adopting smart growth policies to encourage development in underutilized areas through such strategies as planned densification, mixed-use land policies, and transit-oriented development (TOD). These HCD policies will maximize the use of space and land in Shanghai through comprehensive development and strict enforcement of regulations on land size and use.

HCD policies in TOD not only reduce traffic congestion and commute times but also offer innovative ways to give neighborhood residents access to quality employment opportunities. 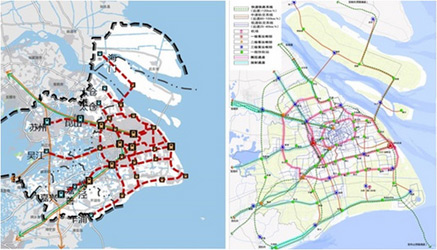 Shanghai attracted international attention in 2015 as the city became the first highly developed urban area in China to transition away from official economic growth targets. This shift reflects policymakers’ focus on the quality of economic development rather than the rate of economic growth.

To create quality, inclusive economic development, urban planners focus on bridging income inequality through well-paying jobs accessible by all segments of society. Immigration from other provinces, including rural areas, is the primary driver of population growth in the city. By efficiently integrating low- and moderate-income families into Shanghai’s urban plan, policymakers hope to develop their skills and livelihoods while improving Shanghai’s international competitiveness. 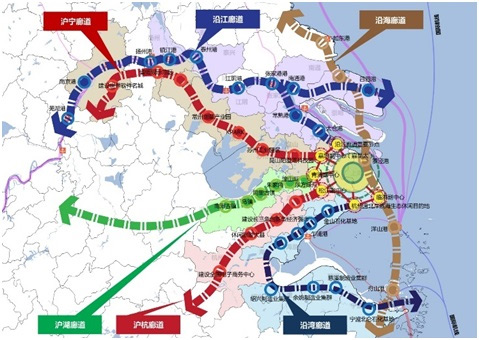 To build low-carbon communities, urban planners promote the application of green technology and clean energy into their designs, including open public spaces. The urban plans for new communities include 3,500 square kilometers of protected “ecological land.” These areas also serve to promote economic development through eco-tourism. Disaster resilience prevention efforts are being implemented in Shanghai’s coastal areas, including a smart floodwall.

Three central policy documents on the urban planning and design of Shanghai are the Shanghai 2020 Five-Year Plan, the Shanghai 2040 Master Plan, and the Shanghai 2050 Development Strategy. These policies are underpinned by The National New Urbanization Plan (2014–2020), released by the central government on 16 March 2014.