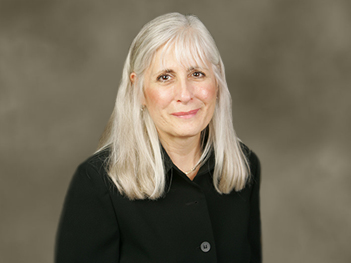 HUD’s recently released report, Short-Term Impacts of Housing and Services Interventions for Homeless Families, provides powerful evidence on how we can end homelessness among families. Moreover, it shows that there are substantial other positive spillover benefits when homelessness for families ends, such as dramatic reductions in child separations, domestic violence, psychological distress, food insecurity, and school mobility—all of which are measures linked by research to have powerful effects on child well-being.

The Family Options Study is a multi-site, random assignment experiment designed to study the impact of various housing and services interventions on homeless families by following a cohort of almost 2,300 families with children over a three-year period of time. The report documents how families recruited from emergency shelter are faring approximately 20 months after enrolling in the study and being randomly assigned to one of four interventions:

1) long-term housing subsidy, usually a Housing Choice Voucher, which could include help finding housing but no other supportive services;

3) project-based transitional housing, which provides temporary housing for up to 24 months in agency-controlled buildings or apartment units paired with intensive supportive services; or

4) usual care, which is defined as any housing or services that a family accesses in the community in the absence of immediate referral to the other interventions.

HUD measured outcomes for families in five domains: housing stability, family preservation, adult well-being, child well-bring, and self-sufficiency, and compared the outcomes of families assigned to each of the four interventions. Extensive cost data was also collected in order to understand the costs of achieving the outcomes observed. The outcomes from the Family Options Study at this interim point in the study present striking evidence of the power of offering a voucher to a homeless family, yielding benefits across a number of important domains, including reductions in subsequent homelessness, housing mobility, child separations, adult psychological distress, experiences of intimate partner violence, food insecurity, and school mobility among children that were not achieved by those families who were offered other interventions. Equally notable is the fact that these significant benefits that accrued to the families offered a voucher were achieved at a comparable cost to other interventions tested, which had far less notable outcomes.

Random assignment provided families with a direct referral to one of four different interventions—but families were not required to accept this referral and were free to pursue alternate arrangements at any point. There are several notable observations about the ways families utilized the subsidy offered, especially the impacts that accrued to families who were offered the long term subsidy intervention.

The policy implications are clear—vouchers made available to families experiencing homelessness represent an intervention that they want, that they can use, and that delivers powerful benefits in important domains that make the lives of poor families and children better.  There is also a fiscal case to be made on behalf of this intervention. Over the 20 month period of observation, the cost of all assistance provided to families offered a voucher is comparable to the cost which accrued to other study families who did not have the opportunity to receive a voucher, and who did not achieve the improved outcomes observed among the families offered a voucher.

HUD anticipates releasing the long-term outcomes within the next two years. These findings will document how families are faring a full three years after study enrollment, and how the costs of the interventions evolve over the longer period.

Important findings at 20 months, however, are clear, demonstrating striking evidence of the power of offering a permanent housing subsidy to a homeless family. Armed with this knowledge, there are steps we can take now to begin to make substantial progress towards the goal of ending family homelessness. President Obama’s proposed HUD budget for Fiscal Year 2016 calls for 37,000 new tenant-based housing choice vouchers; 23,000 of which would be allocated for homeless families. Even without a new allocation of vouchers dedicated to homeless families, there is much we can do to increase access to mainstream housing resources for homeless families, and there are many PHAs already emerging as leaders in doing so.