Innovations in the 2013 American Housing Survey: An Interview With Shawn Bucholtz

In this column, Shawn Bucholtz, Director of PD&R's Housing and Demographic Analysis Division, talks about innovations in the 2013 American Housing Survey. 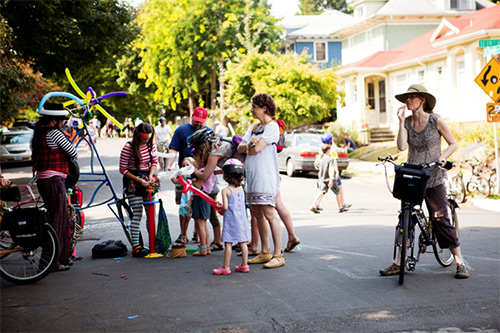 What can you tell us about the 2013
American Housing Survey?

To recap, the AHS is a survey covering housing costs, housing quality, and neighborhood assets. The 2013 AHS included a national sample of approximately 69,000 households as well as samples of 25 major metropolitan areas throughout the United States. We released the national data in 2014, and we recently released data for each of the 25 metropolitan areas.

What Are the Special Topics of the Survey?

The AHS questionnaire includes several hundred questions across a variety of housing and neighborhood topics. To keep all those questions organized, we place them into separate groups we call modules. For instance, we have a module for mortgage questions and a module for remodeling questions. We devote about two-thirds of the questionnaire to core modules that we ask every time we conduct the survey — every 2 years. The other one-third of the questionnaire is devoted to rotating topical modules covering topics of special interest to HUD and the AHS user community. Rotating topical modules don’t appear in every survey; instead, they are rotated into the survey every 4 or 6 years.

How Do You Choose the Rotating Topical Modules?

The process starts about 2 years before the survey goes into the field. For instance, the 2017 AHS will go into the field in May 2017, so the process of choosing which topical modules to include will begin shortly. The first step in the process is to reach out to our HUD customers and the wider AHS user community to seek their input. If an idea we receive is consistent with the mission of the AHS, we then ask the group that floated the idea to be the topical module sponsor, meaning that they agree to conduct research to develop survey questions, and they agree to analyze the results once the data are collected. Once the sponsor is lined up and the questions are developed, HUD makes a final decision on whether to include the module in the survey.

Why Did You Choose Public Transportation and Pedestrian Accessibility?

HUD chose to include this module in the 2015 AHS for two reasons. First, public transportation and pedestrian accessibility are neighborhood assets, and collecting information on neighborhood assets is one of the missions of the AHS. Moreover, walkable communities are an important programmatic and research topic for HUD’s Office of Sustainable Housing and Communities.

Why Did You Choose Disaster Preparedness?

The disaster preparedness module was designed to determine whether a household was prepared for a general disaster, whether that be a tornado, hurricane, earthquake, or zombie attack. We asked households whether they had an evacuation plan and meeting point and if they would need assistance evacuating themselves and their pets. We also asked households whether they had adequate food, water, transportation, and money in the event of a temporary evacuation.

Disaster planning and preparedness are important topics for HUD’s Office of Disaster and Emergency Management for several reasons, including helping HUD understand the potential exposure of HUD-assisted households to disasters.

Why Did You Choose Neighborhood Social Capital?

Why Did You Choose Doubled-Up Households?

Based on recommendations and extensive input and commentary from leading scholars of homelessness and internal recommendations, HUD created a module to solicit additional information regarding doubled-up households. The module captured the movement of individuals and families into and out of a household, their origins and destinations, and the reasons for the movement. We also asked whether households have had trouble paying the utility bills, rent, and mortgage, and if they have recently received a notice of utility shut-off, eviction, or foreclosure.