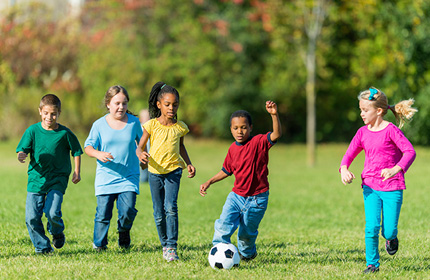 America’s Children: Key National Indicators of Well-Being report highlights statistical findings to depict how children and families in the U.S. are currently faring.


The 17th edition in an ongoing series of reports, America’s Children: Key National Indicators of Well-Being, 2015 features a number of statistical findings that depict how children and families in the United States are currently faring while also monitoring how these indicators are changing over the years.

The report looks at wide range of areas that depict child well-being that influence the likelihood that a child will grow to be an educated, economically secure, productive, and healthy adult. Specifically, the report looks at statistical findings in seven key areas: family and social environment, economic circumstances, health care, physical environment and safety, behavior, education, and health. In addition to these seven areas of study, this 2015 edition of the report includes a special feature that looks at health care quality for children, which focuses on the number of health care visits by children and adolescents, preschool vision screenings, asthma management plans, and access to overall health care.

This report was compiled by the Federal Interagency Forum on Child and Family Statistics, which is made up of participants from 23 federal agencies, including the Department of Housing and Urban Development’s Office of Policy Development and Research. This forum fosters coordination, collaboration, and integration of federal efforts to collect and report data on children and families. This interagency forum chose the indicators presented in the report because they are easy to understand, objectively based, balanced, measured regularly by a number of Federal agencies, and representative of large segments of the population.

The report is filled with a wide range of facts, figures, and tables across the eight main areas of study in the last year each outcome was observed. The findings provide researchers and policymakers with data that can continue to be looked at year after year to see how children are faring in the United States. The following are high level findings from the eight areas of study:

It is important to understand the well-being of children and changes over the years so researchers, advocates, and policymakers can stimulate discussions about how to better address the needs of children and families. Moreover, the overall well-being of children is often a leading indicator of how the overall U.S. population will fare in the future. Thus, by looking at well-being indicators and demographics among children, this report gives those in the policy community a better understanding of the challenges that may need to be addressed in the years to come.

In 2014, there were 73.6 million children in the United States, which was 1.2 million more than 2000. However, the overall percentage of children in the U.S. population declined to 23.1 percent in 2014, from 23.3 percent in 2013. Racial and ethnic diversity has grown significantly over the past 30 years, and is expected to grow even more in the coming years. The report found that by 2050 32 percent of children in the U.S are expected to be Hispanic, while 39 percent will be White, non-Hispanic, drastically different than the respective 24 percent and 52 percent make up in 2014. With these demographic and well-being trends in mind, America’s Children: Key National Indicators of Well-Being, 2015 and future reports will hopefully improve the discourse of how to form policies and programs that will improve the lives of children, families, and the overall U.S. population.