In this article, Ann Marie Oliva, Deputy Assistant Secretary for Special Needs at the U.S. Department of Housing and Urban Development, discusses her involvement in the development and implementation of the Homelessness Prevention and Rapid Rehousing Program. 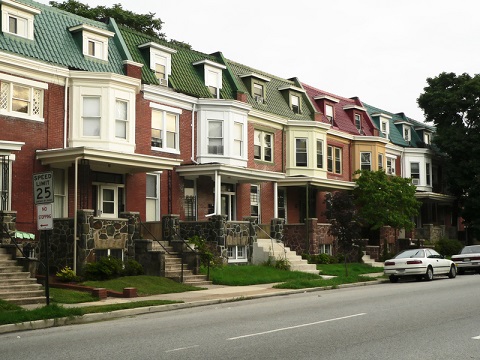 The Homelessness Prevention and Rapid Rehousing Program was developed in 2009 in response to foreclosures and homelessness after the nationwide housing crisis.

Thinking back to 2009, can you recall what motivated the inclusion of the Homelessness Prevention and Rapid Rehousing Program (HPRP) — and, in particular, its prevention provisions — in the American Recovery and Reinvestment Act?

In 2009, during the nationwide housing crisis, we were approached by members of Congress to talk about what a homelessness prevention program might look like and how it might work. I think that the motivation for including the program in ARRA was to make sure that economic conditions didn't cause a nationwide spike in homelessness. There was a national focus on people being foreclosed on and becoming homeless, but we were also concerned about renters who were potentially becoming homeless — for example, if a building owner loses the building, then all of the renters in that building lose their housing. Rapid rehousing wasn’t originally part of the statutory framework that we understood was being put forward by Congress, so we worked with Congress to include it to make sure that communities could not only rapidly serve a growing inflow into the shelter system but also help people in shelter leave the shelter system for stable housing. The actual statutory name of the program was based on prevention, but the rapid rehousing element was added in the end.

How did you view the opportunities and risks of HPRP as a way to address homelessness?

From our perspective — especially from my perspective as the director of HUD’s Office of Special Needs Assistance Programs (SNAPS) — this was our chance to shape something really new and different. First, I saw HPRP as an opportunity to stem the tide of homelessness by preventing or rapidly rehousing people who were experiencing a significant housing crisis. I also saw the program as an opportunity to give a significant infusion of new resources to communities that had gone a long time without one. HPRP by itself was about the amount of money that we were spending annually on all homeless services, so it basically doubled the amount of money that we had available. And what I really wanted to get out of this infusion of resources was to increase collaboration between partners that might not have collaborated before. I wanted to give folks some flexibility; to test some interventions that had not been done at that kind of scale before. I wanted to take the opportunity to do systems change work, including work with data collection and coordinated entry, in addition to serving people who were at risk of or were becoming homeless because of the recession.

As the then-director of SNAPS, you were responsible for getting HPRP funding out the door in a brutally short time frame. What was that like?

I don't think my staff or I have ever worked so hard. It was, as you put it, a brutally short time frame. Once the Recovery Act was signed, we had 30 days by statute to deliver a program design and requirements. We were putting in long hours trying to figure out how to do something we had never done before — neither prevention nor rapid rehousing had ever been done in that way or at that level. But we also understood the responsibility that was being placed on us by Congress and the administration. We were trying to allow communities the flexibility to make decisions that really reflect what was happening at the local level while also maintaining accountability, and that is a very fine line to walk. Because our staff had such a strong mission orientation, we took it as a challenge, and that helped us get through.

What steps were involved in getting money out the door to grantees and ensuring that they understood the program?

Those two things are actually quite different – getting money out was easier than making sure that our recipients understood our policy and program goals and requirements.

All of that said, the outcome of the work and effort was worth it. At the end of the first session, I saw a group of people sitting together at the back of the room, and I just walked over and said, "Hi, I was just wondering what you're all still here talking about.” And they replied, "We're all from the same community, and we've never talked to each other before. This is an opportunity for us to collaborate in a new way.” That kind of collaboration, with all of those different folks at the table working together to figure out how to best serve people who were at risk of or already experiencing homelessness, was exactly what we wanted. At that point I knew that even though we couldn't answer a lot of the questions we were asked, we were still doing okay.

What previous experience prepared you to do this work?

Nothing prepared me to do this kind of work at this scale, but I’ve certainly had a few experiences that helped inform our approach. First, earlier in my career I’d done a version of rapid rehousing and homelessness prevention at the local level. So I knew from my own experience how this kind of program could work in the community, and that was very helpful. Just before becoming the director of SNAPS, I was a TA provider, where I had the opportunity to work on data collection with many communities and see what their barriers were. I think that experience helped prepare me and my team to an extent. On the staffing side, we were fortunate enough to have team members with extensive experience and energy, including Mike Roanhouse, my co-manager on HPRP, and Susan Ziff, our team lead. Their expertise in HUD’s operations, the consolidated plan process, and the technical aspects of our formula programs was incredibly valuable and helped us meet the requirements. The team we brought on for HPRP were also amazing – experts in various aspects of homeless policy and program implementation. It is very much due to their work that the program had the positive outcomes that it did.