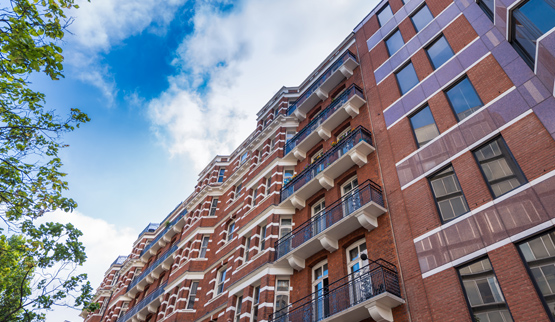 New York University’s Furman Center has prepared an initial analysis of development under the Housing Stability and Tenant Protection Act of 2019.

New York’s Housing Stability and Tenant Protection Act of 2019 (HSTPA) has two main objectives. One is to significantly limit the conditions under which property owners can raise the rents of regulated units beyond the annual adjustments allowed by local rent guideline boards. In particular, the act limits how much landlords can increase rents to pay for major capital improvements or individual apartment improvements. In addition, under HSTPA, apartments remain subject to rent regulation even if a tenant’s income exceeds a certain threshold. The act’s second objective is to strengthen tenants’ legal protections. The act extends the notification period before a landlord can evict a tenant and gives courts more discretion in granting grace periods to tenants facing eviction. HSTPA also sets a maximum amount that landlords can require for security deposits and application fees.

In July 2021, researchers at New York University’s Furman Center for Real Estate and Urban Policy released an initial analysis of HSTPA’s effects in New York City based on four key indicators: eviction filings, building sales price, alteration permits, and complaints and violations. The researchers, understanding that the market shifts and policy changes resulting from the COVID-19 pandemic would affect indicator trends, selected the 9 months between the enactment date and March 2020 as the period of analysis. The authors nevertheless acknowledge that such a limited timeframe allowed for only a very preliminary analysis and that future research would be needed to get a better understanding of the law’s effects.

Because many provisions of HSTPA were designed to directly or indirectly reduce evictions, the authors use the rate of court filings for eviction as an indicator of the law’s effectiveness. The authors do not find the law to be significantly related to the rate of eviction filings. Evictions dropped after the law passed but returned to earlier levels within a few months. The researchers suggest that this initial decline might have occurred at least in part because landlords’ attorneys needed time to interpret the new law before continuing with filings.

The authors use other indicators based on early concerns with HSTPA. Some critics of the proposed law feared that restricting landlords’ rental income would reduce the value of stabilized apartment buildings. To measure this, the researchers review building sale prices before and after HSTPA’s enactment, comparing prices of buildings that are minimally, moderately, and primarily rent stabilized, with rent-stabilized units accounting of no more than 25 percent, between 26 and 75 percent, and more than 75 percent of a building’s total units, respectively. The data show that the price for moderately stabilized buildings decreased slightly more than that of either minimally or primarily stabilized buildings. The authors suggest that this greater change might have resulted from market speculation that rent regulations could be removed more easily from moderately stabilized buildings, which inflated the price of those buildings before HSTPA.

Critics of the proposed law were also concerned that the act would decrease revenues and reduce the maintenance levels and rehabilitation rates of rent-regulated buildings. To measure this effect on building quality, the researchers evaluate trends in building upkeep by looking at building permit filings. Despite initial volatility, the researchers find that filings for apartment buildings have decreased since the passage of HSTPA. Based on talks with landlords, the authors suggest that this across-the-board reduction may have resulted from a general concern among building owners that the rent regulations would eventually apply to all apartment buildings.

Click here to access the text of HSTPA and information about how it addresses regulatory barriers. Search the Regulatory Barriers Clearinghouse for other examples of rent control/stabilization ordinances and studies. Find more plans, regulations, and research that state and local governments can use to reduce impediments to affordable housing at HUD User's Regulatory Barriers Clearinghouse.