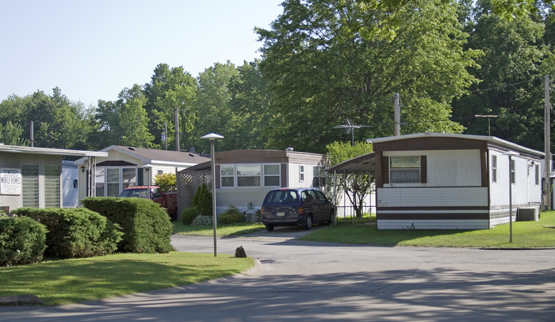 The Colorado general assembly has recently adopted several bills that strengthen the rights of residents in mobile home parks.

Even though they account for fewer than 5 percent of the occupied housing units in Colorado, mobile homes, including manufactured housing complying with HUD standards, are an important component of the state’s housing stock. Colorado’s more than 85,000 mobile homes are the state’s largest source of unsubsidized affordable housing. In 2015, the median income for occupants of mobile home was approximately 60 percent of the statewide median income. Economic, political, and social forces threaten the legal and financial stability of this type of housing, and owners of mobile homes who rent lots in the state’s 900 mobile home parks are perhaps in the most vulnerable position. As tenants in mobile home parks, these owners have fewer and weaker rights than their landlords do, and park owners often experience financial difficulties that can best be cured by selling their property to new owners. Many new owners in recent years are private equity firms and corporate buyers who recognize the stable revenues generated by parks and see the profit potential of the rentable lots, which are in high demand because of the shrinking supply of mobile home parks. The Colorado general assembly has responded to the concerns of park owners and homeowners through legislation that builds on the state’s 1985 Mobile Home Park Act.

Adopted in 2019, HB19-1309 amends the Mobile Home Park Act and other mobile housing regulations to give tenants more time to remedy nonpayment of rent and to provide a less costly alternative to court action when disputes arise. The bill requires localities to double, to 10 days, the minimum time in which a park tenant can pay past due rent before the park owner can begin legal proceedings to end the tenancy. The bill also gives tenants up to 30 days (instead of the previous 48 hour standard) to vacate their lots if the court orders their eviction. In addition, the bill creates the Mobile Home Park Act Dispute Resolution and Enforcement Program as an alternative to legal proceedings to address complaints from park owners or tenants. Landlords are required to register their mobile home parks with the state annually and post information about the program in the park.

When it adopted HB20-1196 the following year, the general assembly further modified the Mobile Home Park Act and the Mobile Home Park Act Dispute Resolution and Enforcement Program to increase protections for park tenants. The bill limits the ways leases can curtail certain tenant rights, such as requiring tenants to agree to a possessory lien against their homes or to mandating arbitration in place of civil court proceedings. Similarly, tenant conduct that annoys other homeowners or interferes with management is no longer a legitimate reason to end the tenancy. Nor can landlords retaliate against tenants who make a complaint, join a tenants association, or otherwise invoke their rights. In addition, the bill also provides a process for park tenants to remedy aspects of their homes or lots that do not comply with local or state requirements or park regulations as well as a process for park owners to change park rules and for tenants to object to those changes.

To help tenants when park owners decide to close their parks, HB20-1196 also protects homeowners who are tenants of parks whose owners have decided to change the use of their property. These park owners must obtain any necessary local or state approvals before closing the park, and the bill doubles the period between giving tenants notice and closing the park to 12 months. In HB20-1201, the general assembly provided additional protections for tenants of parks that are to change use as well as parks that are to be sold. This bill promotes housing stability by providing homeowners an opportunity to purchase a mobile home park in these situations. In either situation, the park owner must give homeowners at least 90 days to express interest in purchasing the property and another 90 days to close the purchase. Owners selling their parks must also give notice to any resident association, the local government, and the state’s Division of Housing. In addition, the bill allows homeowners to assign the right to purchase to a local, tribal, or state government or to a nonprofit housing organization. Park owners must “negotiate in good faith” with homeowners, and the bill authorizes use of the Mobile Home Park Act’s dispute resolution program to help clarify this and other aspects of HB20-1201. Although HB20-1201 confers the opportunity to purchase, homeowners and their advocates must quickly gain a working knowledge of land cooperatives as well as affordable financing, park operations, and governance.

Find more plans, regulations, and research that state and local governments can use to reduce impediments to affordable housing on HUD User's Regulatory Barriers Clearinghouse.