Cleveland Creates a Right to Counsel for Tenants Facing Eviction 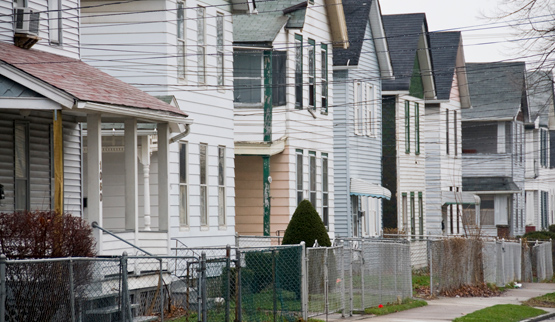 In the vanguard of cities establishing a right to counsel for low-income households facing evictions, Cleveland requires annual reports on the city's program.

Before the COVID-19 pandemic, the city of Cleveland, Ohio, processed approximately 9,000 eviction filings annually, which disproportionately affected African-American and female households. Roughly 60 percent of evictions in Cleveland were filed against households with children. Only 1 to 2 percent of Cleveland residents facing eviction had legal representation, leading the city to enact Ordinance 1001-2019, which established a right to counsel for tenants facing eviction. Cleveland was the fourth city in the United States and the first city in the Midwest to pass such a law, which went into effect in July 2020. The ordinance states that renters facing eviction who have an annual income at or below 100 percent of the federal poverty level and at least one child living with them will be provided a lawyer during eviction proceedings. The ordinance requires legal services to be provided as soon as possible when court proceedings begin and no later than the tenant's first appearance in housing court. In 2021, the city allocated $300,000 for the right to counsel program. However, most of the program's budget of nearly $2.4 million has come from philanthropic sources.

In 2022, United Way of Greater Cleveland and the Legal Aid Society of Cleveland, which had partnered with the city to administer the right to counsel program, submitted to the city council a mandated evaluation of the program's first full year. The Legal Aid Society provided counsel to more than 850 residents through the program. Seventy-two percent of these clients were African American; 77 percent were women; and 64 percent had more than one child in the house. Most program clients achieved favorable outcomes on at least some of their claims. Ninety-three percent of clients seeking to avoid an eviction judgment were successful, and more than 90 percent of those who wanted more time to move were able to stay for at least 30 more days. All but 3 of the 94 tenants seeking monetary relief received it.

In addition to the benefits to tenants, the report notes that state and local governments realized economic benefits of between $4.3 and $4.7 million. These benefits were primarily the result of money saved on housing for evicted persons. Researchers estimate savings of more than $1 million for emergency shelters or transitional housing, approximately $600,000 for foster care, and more than $100,000 for Medicaid. Based on an estimate of the number of evicted tenants who would have left Cleveland, the report estimates that the Cleveland Metropolitan School District retained approximately 40 students and thus kept more than $1 million in federal and state funding allocated on a per-pupil basis. Separately, the city likely preserved approximately $1.5 million in economic value by avoiding outmigration.

The report also identifies unquantified economic benefits from the program, most of which arise from the secondary impacts of eviction. For example, families who lose stable housing might have less money to spend on other goods and services, which reduces sales tax revenue. In addition, residents can lose their jobs after being evicted, which often leads to a need for publicly funded benefits. The academic performance of children with unstable housing is likely to suffer and require costly attention in school. Evictions can also lead to an increase in mental health issues for residents of all ages and a subsequent increase in healthcare costs. The researchers also note that individuals who are not evicted preserve their credit scores and tenant histories.

In addition to suggesting ways to improve future evaluations, the report proposes program reforms. The researchers suggest forming advisory councils of tenants and landlords to gather feedback on the program. Discussions with landlords' attorneys revealed that landlords often want to work with renters to avoid eviction. Some of these lawyers suggested that eviction diversion or mediation programs could help improve the right to counsel program, particularly when the disputes are only over rent payment. Effective training for attorneys, assistance from social workers, and sustained emergency rental assistance for tenants could also enhance the right to counsel program.

Click here to access the text of Ordinance 1001-2019 and information about how it addresses regulatory barriers. Find more plans, regulations, and research that state and local governments can use to reduce impediments to affordable housing at HUD USER's Regulatory Barriers Clearinghouse.