Modeling the Financial Impacts of Rent Stabilization in Minneapolis 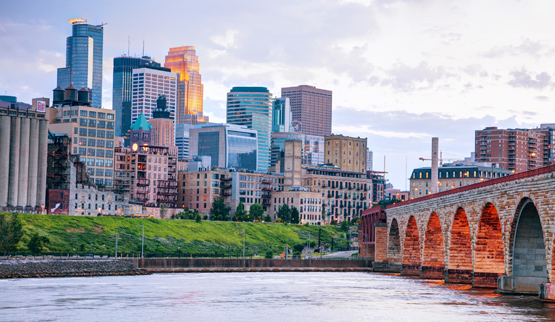 A University of Minnesota study investigates the feasibility of rent stabilization from the perspective of developers and owners.

A debate over the effectiveness of residential rent stabilization policies has continued for decades, recently becoming more prominent as states and localities consider using this tool to counteract rapidly rising housing costs for renters. Proponents argue these regulations help keep low- and moderate-income residents stably housed, whereas opponents contend these policies discourage developers from building and maintaining revenue-restricted housing. In the 1970s, state and local jurisdictions began adopting rent controls that capped annual rent increases (rather than prohibiting increases, as earlier rent control ordinances usually did), and current research often analyzes the size of these allowed rent increases and their effect on the feasibility of multifamily rental developments.

With the second model, the researchers analyzed the impact on property owners’ return on investment (ROI), again comparing actual rents with rents capped at the four rates. The authors consulted with landlords, developers, investors, and lenders to understand practitioners’ expectations of returns for apartment buildings in Minneapolis. The report considers three measures of ROI: cash-on-cash return, property value appreciation, and internal rate of return (IRR).

For cash-on-cash return, the researchers found that the lowest rent cap would have yielded an average annual return of 7.5 percent, which is slightly higher than what the median rent yielded and is within the practitioners’ minimum acceptable range of between 7 and 10 percent. Under the highest cap, landlords would have received an 18.6 percent return, which is significantly more than the actual rent increases collected for more than 90 percent of Minneapolis apartments. All four caps would have allowed a return within or above the 7 to 10 percent range that the panel of practitioners said would be expected. The researchers got similar results when they examined cash-on-cash return after 10 years, when industry standards assume building owners will want to sell.

For return measured as property appreciation, the value of apartment buildings could have increased by approximately 4.6 percent annually if rents were subject to the lowest rent cap. This increase also is slightly higher than the 4.2 percent appreciation rate of apartments that charged median rents. Property values would have appreciated approximately 20 percent annually under the highest rent cap, which is a larger value increase than most, if not all, properties realized during the study period.

When considering IRR, which takes both appreciation and cash flow into account, most property owners look for a rate of at least 15 percent, according to the practitioners interviewed for the study. The various rent caps would have yielded an IRR of between 16 and 29 percent, all above the 15.9 percent IRR earned with actual median rents. Moreover, at least 90 percent of actual rent increases yielded an IRR of less than 23 percent, so the highest rent cap would have affected the IRR of few, if any, properties.

Click here to access information about the Minneapolis study and how it addresses regulatory barriers. Find more plans, regulations, and research that state and local governments can use to reduce impediments to affordable housing at HUD USER’s Regulatory Barriers Clearinghouse .