Rental Housing in the United States in 2020 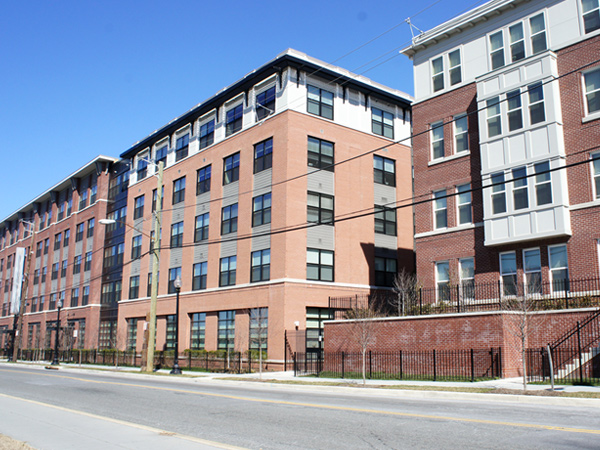 According to a report from the Joint Center for Housing Studies of Harvard University, America’s Rental Housing 2020, extremely tight conditions prevail in the U.S. rental housing market.

Overall, extremely tight conditions prevail in the U.S. rental housing market. Vacancy rates are at their lowest in decades, causing rents to increase at rates faster than income growth and putting affordability pressures on many renting families and individuals. Since 2010, high-income households have driven most of the growth in the number of renters even though most renter households have low incomes. Despite new rental construction rates remaining close to its three-decade peak, the median asking rent for a new, unfurnished unit in a building completed between June 2018 and June 2019 was $1,620 per month, a 37 percent increase in real terms from 2000 that reflects an industry that caters to this expanding and affluent market segment. These new units generally are unaffordable to low-income renters, according to Barranco, because market-rate builders seek a return on their investments. The location and nature of new construction reflects the market response, with most newly constructed rental units concentrated in large multifamily structures of at least 50 units that are located in the core of large metropolitan areas.

On the opposite end of the spectrum, the number of low-cost rentals (units renting for less than $600 per month) declined by 3.1 million over the five-year period from 2012 to 2017, decreasing from 33 percent of the national rental stock to just 25 percent. As a result, high housing costs are consuming a larger percentage of the budgets of many low- and middle-income renter households, reducing their spending power. For renters earning between $30,000 and $50,000 annually, this reduction amounts to a 9 percent decline in income remaining once rent has been paid relative to 2001. For the median renter earning less than $15,000 per year, only $410 remains for monthly expenditures after rent. Schmidt described the market dynamic driving this phenomenon: households with higher incomes can choose to seek out lower-rent housing, displacing renters with less economic choice. The report found that both the number and the percentage of renters burdened by high housing costs (defined as spending at least 30 percent of income on housing) remains near the record highs set during the Great Recession. Higher rents are not necessarily ensuring access to higher-quality housing; vacancy rates for moderate- and low-quality rentals are especially low.

The report also identifies locational disadvantages facing renters. One-third of all census tracts in the nation are “rental deserts” — areas where fewer than 20 percent of housing units are rentals. Because renters typically have lower incomes than homeowners, many of them are denied access to opportunities associated with higher-income areas. Moreover, mobility rates for renters continue to fall, with the report finding that the relocation rate for households continues its decades-long decline. Ho encouraged people to question assumptions about housing policy, such as whether other large-scale solutions besides tax credits are worth exploring. Herbert expanded on that idea to encourage thinking about transit policy’s relationship to housing and location.

The report looks at policy responses to the rental crisis, noting that state and local governments are devising strategies to fill the gap. Tax-exempt bonds and housing trust funds can support the construction or rehabilitation of affordable housing. Some state and local governments have set up rental assistance programs. According to the report, governments have increasingly adopted rent control measures, and regulations mandating the inclusion of affordable units remain common. Regulatory changes that allow for increased density and other initiatives that encourage development that meets the needs of more residents are other important steps that some local governments have taken. Anchor institutions such as hospitals and universities have also worked to increase the supply of affordable housing. Panelists agreed on the urgent need for action to prevent future affordability problems in future decades. Highlighting the pressing need, Barranco estimated that a full year’s worth of supply would be needed in Minneapolis just to relieve the market friction and high costs that low vacancy rates have caused.

The housing situation described in the JCHS report is neither new nor static. Changes in the rental market have created housing cost burdens and instability for many low-income families and increasingly for middle-income households. New market-rate rental construction caters primarily to higher-income renters, while the efforts of ongoing and novel programs across all levels of government struggle to address the existing need among low- and moderate-income renters. Highlighting these shortcomings, the report notes that housing instability is on the rise alongside instances of homelessness. One possible sign of hope for action is the increasing public awareness of the issue’s importance, according to Herbert, Dougherty, and Ho.